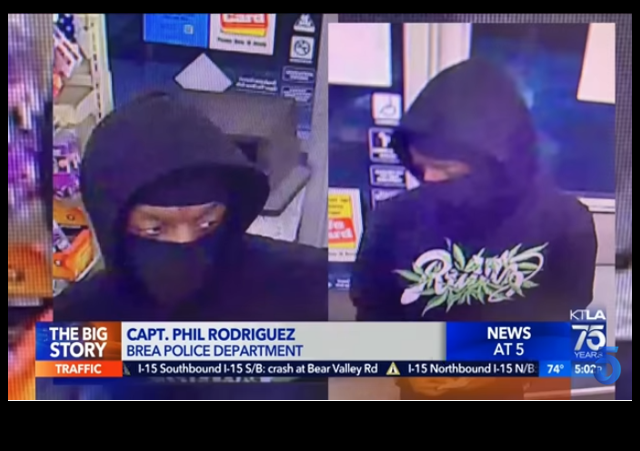 Two suspects have been arrested in connection with a string of 7-Eleven armed robberies in Southern California that left two people dead and three others injured this week.

Malik Donyae Patt. 20, and 44-year-old Jason Lamont Payne were arrested around 1:10 p.m. in Los Angeles, officials said. Agents with a task force had been following them before they were taken into police custody. On [sic] of them was taken to a hospital because of injuries during the arrest and the other was taken to the Santa Ana Police Department.

He said he plans to file murder charges against the suspects by Monday with other charges pending. Los Angeles police Deputy Chief Alan Hamilton also revealed that a July 9 fatal shooting has been linked to the 7-Eleven robberies.

The crime spree targeting the convenience store chain began Monday and spread throughout three counties. In total, there were six robberies that occurred in Brea, La Habra, Ontario, Santa Ana, Upland and Riverside.

. . . . Another armed robbery occurred in Riverside and a customer was shot in the head, police said. In Santa Ana, a 24-year-old man was found dead in the store parking lot with a gunshot wound to his upper body.

Will Gascon prosecute for real since this is so high profile? Or will they get sent to summer camp?

Story says the Orange County DA plans to charge them with murder. If any of the crimes occurred in LA County Gascon could probably file charges too, if he wanted to.

Yes. But what will the plea agreement say.

Don’t be surprised if the devil’s disciple George Gascon charges the 7-11 clerks with some kind of crime. Then there is the devil himself: Soros.

“Two suspects have been arrested in connection with a string of 7-Eleven armed robberies in Southern California that left two people dead and three others injured this week.”

It’s becoming more and more obvious with the passage of time, the time to keep doing what it is that we are doing, that the single greatest threat to the safety and security in America is white supremacy.

How much is the super size Icee?