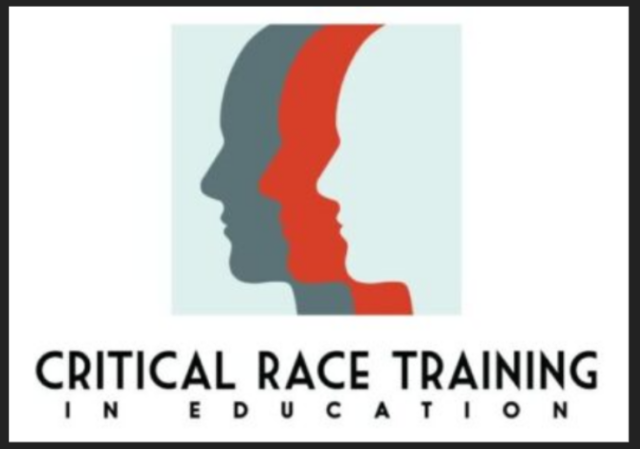 Back in May, Professor Jacobson wrote an extensive post sounding the alarm about the rise of Critical Race Training in medical schools.

Now the Association of American Medical Colleges is being criticized for pushing this divisive ideology.

The group that sets the standards for medical education recently released standards that force students to study and apply ideology typically pushed by the far-left while integrating diversity, equity, and inclusion into formal curricula.

The Association of American Medical Colleges (AAMC) published the New and Emerging Areas in Medicine series to help students benefit from “advancements in medical education over the past 20 years,” and the third report from the collection “focuses on competencies for diversity, equity, and inclusion (DEI).”

The report notes that recent medical school graduates must demonstrate “knowledge about the role of explicit and implicit bias in delivering high-quality healthy care,” “describe past and current examples of racism and oppression,” identify “systems of power, privilege and oppression and their impacts on health outcomes” including “White privilege, racism, sexism, heterosexism, ableism, religious oppression” and “articulate race as a social construct that is a cause of health and health care inequities.”

Dr. Stanley Goldfarb, a board-certified kidney specialist, is the Board Chair of Do No Harm, a group of medical professionals dedicated to eliminating political agendas from healthcare. He feels the AAMC is doing more harm than good with its new standards that he believes will irk the American people.

“The AAMC agenda means that critical race theory will be an integral part of the education of medical students and this can only lead to discrimination against one racial group vs. another.

In May, Legal Insurrection’s CriticalRace.org, which monitors CRT curricula and training in higher education, found that at least 39 of America’s 50 most prestigious medical colleges and universities have some form of mandatory student training or coursework on ideas related to critical race theory.

“The national alarm should be sounding over the racialization of medical school education. The swiftness and depth to which race-focused social justice education has penetrated medical schools reflects the broader disturbing trends in higher education,” Legal Insurrection founder William A. Jacobson told Fox News Digital at the time.

This seems to be becoming a hot topic.

John D. Sailer, a fellow at the National Association of Scholars, recently wrote in Newsweek:

According to the Association of American Medical Colleges (AAMC), medical students should learn to practice “allyship” when “witnessing injustice” such as “microaggression[s],” medical residents should use their “knowledge of intersectionality to inform clinical decisions,” and medical school faculty should teach “how systems of power, privilege, and oppression inform policies and practices” as well as “how to engage with systems to disrupt oppressive practices.”

These are just a few of the AAMC’s newly introduced Diversity, Equity, and Inclusion (DEI) Competencies, a set of guidelines for advancing “health equity” in medical curricula. The competencies function as a blueprint for injecting the watchwords of identity politics—”intersectionality,” “white privilege,” “microaggression,” “allyship”—into medical education. They will almost inevitably hamper free expression, politicize medical education, and lead to substantively harmful policies. Unfortunately, medical schools are primed to take the prescription…

This is bad news for medical education. Consider, for instance, medical students who object to the mainstream understanding of anti-racism or social justice; the medical researcher who is skeptical of the orthodoxy on “gender-affirming care” for minors; or the professor who rejects the relevance of “microaggressions,” “race-consciousness,” and “intersectionality” for medical practice. In each case, a formal set of DEI standards can easily become a cudgel to punish opposing viewpoints—especially if those standards use the AAMC’s politically loaded language.

In a short period of time, this progressive ideology has taken hold in seemingly every aspect of American life.

Not even the practice of medicine is exempt.

Critical race theory is driven by how easy it is to do, compared to economic dynamics, which requires some mathematical intuition in a few competing variables at once.

One variable is much easier: power.

It is proposed that all ambulances serving at risk communities be converted stretch limos equipped with Kool cigarettes, Chivas Regal and certified booty.

Don’t med students have enough on their plates without the extra racism?