Prices for Alcohol are Rising Nationwide

Prices for Alcohol are Rising Nationwide 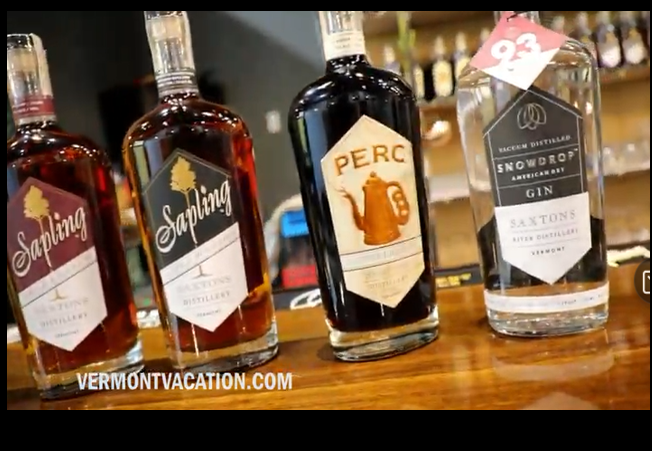 If there was ever a time to take up drinking, now would be it.

Vermonters who do so are in for some good news. They are getting a break on their booze, as the state is lowering the taxes on ready-to-drink spirits.

Vermont Gov. Phil Scott (R) has signed legislation lowering taxes on ready-to-drink spirits, the latest front in an ongoing battle within the alcoholic beverage industry that pits distillers against beer and wine makers across the country.

The new law, approved by the Democratic-controlled legislature, will amend the state liquor code to allow grocery stores and convenience stores to sell canned cocktails made with liquor. Currently, liquor in Vermont can only be sold at the 82 liquor stores run by the state.

States typically tax spirits at much higher rates than they tax beer and wine. The Vermont bill reduces taxes on packs of ready-to-drink spirits from $7.68 per gallon, the rate at which spirits are taxed, to $1.10 per gallon.

The new regulation aligns the taxes with actual alcohol content.

With this new law, Vermont consumers will be able to visit beer and wine retailers to get their favorite ready-to-drink cocktails, and distillers will no longer be burdened with such an excessive tax rate,” said Jay Hibbard in a release. He’s the Distilled Spirits Council of the United States senior vice president of State Government Relations.

Hibbard went on to say that states across the nation have been looking to “create a more level playing field” with ready-to-drink products, citing Vermont now being “one of the leaders in that area.”

This is great timing for Vermont drinkers, as inflation is also impacting the price of the nation’s favorite drinks.

Prices of alcohol are rising nationwide, even reaching the bootleg market of the Big Apple as nutcrackers — an illegal boozy beverage sold by park and beach vendors around NYC — are skyrocketing to $15 a bottle.

The summertime favorite since the 1990s — a dealer’s choice concoction of fruit juice and liquor in a plastic bottle — used to sell in 8-ounce bottles for $5 or 12-ounce bottles for $10, Kareem Middleton, a seller in Bed-Stuy, previously told The Post.

But on Sunday, Sydney Pereira, a journalist at Hell Gate, tweeted that she saw the under-the-radar drink being sold at that 50% markup inside Prospect Park.

Naturally, New Yorkers are panicking. But some say this booze inflation has been puffing up for some time now.

One booze experts anticipates Americans will change their drinking habits as prices begin to rise.

“People will continue to consume alcohol no matter how bad a recession, but they do it a different way,” {Wyoming State Liquor Association Executive Director Mike Moser] said.

First, they may downgrade what they drink. He told Cowboy State Daily on Thursday that brand loyalty is mostly of the past.

“My dad and grandpa drank the same type of whiskey and beer for their entire lives,” Moser said. “But now, we have more products available. We’re more price-sensitive than we used to be and the alcohol and drink quality is just better overall.”

Second, the types of businesses that serve alcohol have changed.

Most businesses in Wyoming that sell alcohol have diversified their income streams, offering additional options to enhance the drinking experience.

Vermont is part of my New England hiking trip itinerary this fall. I may have to give the “ready to drink” spirits there a try!

I don’t drink in restaurants anymore. Here in Commiefornia, a DRAFT beer is almost $10 for one freaking glass. Two beers will cost you as much or more than an actual full meal.

Much cheaper and better to buy and have parties at home. We did that before Kung Flu, during the ‘lockdowns’, and still do.

I picked a bad time to start drinking.

I guess they want us to drink more. They just can’t seem to get us to embrace how we will “own nothing and be happy”. Maybe if they get us to the “be happy” part first, the “own nothing” part won’t be such a hard sell. It’s Vermont. Nothing but depressed white people with nothing else to do… I guess.

“I guess they want us to drink more. They just can’t seem to get us to embrace how we will “own nothing and be happy.”

Look how well this plan worked out for 80 years of Russians.

It takes a lot of high quality grain to make good Spirits.

More on CA insanity. GM, Ford, VW and others are poised for losing billions in CA starting Jan 2023 when emission standards are tightened banning all trucks (including pickups) with pre-2006 gas/diesel engines.

It’s not like switching to electric is even an option since supply is woefully inadequate and will be for many years.

So what is Brandon’s plan for everyone else? Clearly, there is no free pass for greenies since fossil fuel vehicles will be banned without being able to replace them. We will ALL be stripped of our personal vehicles no matter where we live or what we drive once the entire auto industry goes bankrupt.

War on fossil fuels, war on science, war on logic, war on math, war on self-government, war on God,….. We are rapidly heading into a pre-industrial world where even wood, coal and whale oil are not allowed. This is more than just the end of civilization. We are heading towards the darkest epoch in human history. Survivors will probably wish they had died once the carnage is over.

That’s my happy thought for the day.

Eventually even EVs need new tires. Tires are made from synthetic rubber, which is made from hydrocarbons. You know petroleum.

We are being lied to. We aren’t transitioning to anything except the dark ages.

The people on the CCP’s payroll like the Biden crime family will be ok, though, which is all these sellouts care about.

I have a few prison recipes for making wine from fruit juice. These recipes also come in handy if you find yourself working as an expat in Saudi Arabia.

Apologies up front for being one of those people.

In my first career as a stock broker in the early 1990s as a rookie, we had to cold call 200 people daily using a script. My favorite script was Budweiser. In essence the pitch was its always a good performing dividend stock. Why? When people are happy they drink to celebrate, when sad they drink to mask their disappointment. So good or bad the overall economic situation doesn’t matter; people still buy Budweiser and that dividend check still gets sent no matter what.

Good thing there are still Class VI stores on base.

The worse, the better