“The exodus has raised concerns among outside observers who push for the diversification of government ranks.” 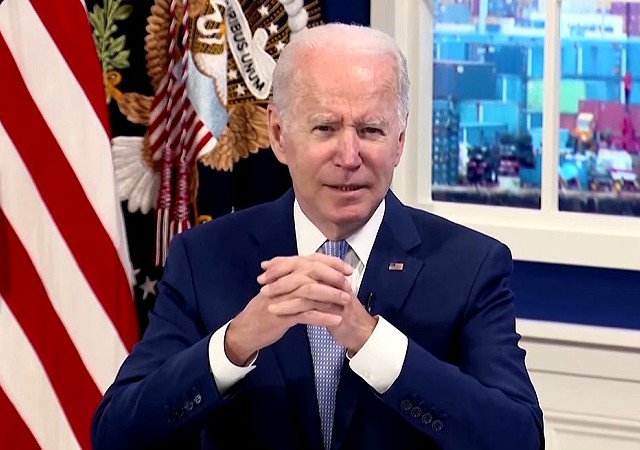 They claim they’re not being listened to or provided opportunities for advancement.

We mentioned this in a recent post about the many woes of the Biden White House.

At least 21 Black staffers have left the White House since late last year or are planning to leave soon. Some of those who remain say it’s no wonder why: They describe a work environment with little support from their superiors and fewer chances for promotion.

The departures have been so pronounced that, according to one current and one former White House official, some Black aides have adopted a term for them: “Blaxit.”

The exodus has raised concerns among outside observers who push for the diversification of government ranks.

“I have heard about an exodus of Black staffers from the White House — ‘Blaxit’ — and I am concerned,” said Spencer Overton, president of the Joint Center for Political and Economic Studies, which tracks government staff diversity numbers. “Black voters accounted for 22 percent of President Biden’s voters in November 2020. It is essential that Black staffers are not only recruited to serve in senior, mid-level and junior White House positions, but are also included in major policy and personnel decisions and have opportunities for advancement.”

Naturally, the Biden White House pushed back on this report.

On Tuesday, Politico published a report detailing how “at least 21 Black staffers have left the White House since late last year or are planning to leave soon.” The outlet cites three current White House staffers who, speaking anonymously, describe a work environment that they say offers little opportunity for promotion or advancement.

The departures even have a nickname, Politico reports, citing the staffers: “Blaxit.”

The White House has disputed those claims, however. In response to questions about the article, the White House supplied PEOPLE with statements from 10 current and former staffers (all of which, they said, had been supplied to Politico earlier). In the statements, the staffers described a “great culture,” with some saying they left only due to other professional opportunities or to spend more time with family.

In a statement sent to PEOPLE, Erica Loewe, the White House director of African American media, says: “Even though far more current and former staff told Politico about their positive experiences, Politico refused to communicate those findings to readers and instead devoted most of this article to comments that reinforce their narrative and present a disingenuous picture of the most diverse White House in history.”

This must be causing quite a stir.

It’s difficult to think of something that would be more insulting to a Democrat administration than suggesting they lack diversity.

Would be nice I’d they also ditched the (D) party, which is nothing but a confederate of dupes.

We can only hope that they blacktrack from Biden and the democrat party.

Keep dreaming…these are dyed in the wool leftists that just didn’t get enough for themselves and they are screaming ME ME ME.

What else can the former staffers say except what they are told? If they speak the truth, they will end up uneployed or a suicide, depending on who they pissed off the most.

Then they “ain’t black!”

It’s insulting to be selected because the color of your skin or your sex. Furthermore, it’s more than likely that they can’t handle a real job because they never had to really work because of special treatment, ie affirmative action, and can’t do the job.

They should Amber Heard the furniture on their way out.

observers who push for the diversification of government ranks

Such as by reducing the gross excess of blacks employed by the government? Oh, you don’t mean that kind of lack of diversity?

Somebody must’ve at least suggested beforehand they were special and were going to get special treatment and be specially “listened to.” Why else such high expectations?

If so, they made the mistake of believing the lies the left tells. They are the most racist people on the planet, and I have little doubt that the black people hired were supposed to do nothing, get their tax-payer funded salaries and benefits, and gratefully sit at the back of the bus while the lunatic lily white lefties did the actual work of destroying America.

It doesn’t matter what box you tick in the intersectional olympics, if your not qualified for a job you will get frustrated and leave it.

In order to advance to a higher or more influential position that seat at the table must be vacant. The folks who hold these influential and powerful positions do not give them up voluntarily. This is a window into the future of the d/prog party. They have a coalition built on tribes and grift. There’s only so much grift and only so many seats at the table.

The d/prog establishment power brokers aren’t making way for the next generation. See the d/prog average age in HoR and Senate. See the age of the d/prog leadership; Biden, Pelosi, Schumer. Now factor in trying to simultaneously appease the remaining blue collar or union voters, environmental lobby, globalists, yellow or blue dogs, the successive generations locked out of power by boomer leaders.

Now factor the regional differences in policy perspective of say NYC v Rural CO or TX. Finally overlay all these with the tribalism the d/prog must appease. They can’t make everyone happy and have doomed themselves to fail; as long as the rino establishment doesn’t let them win which is far from certain. See Cornyn, Graham.