Florida cops linked 62-year-old Robert Koehler to six unsolved attacks. The 62-year-old man was charged based on DNA from his son. 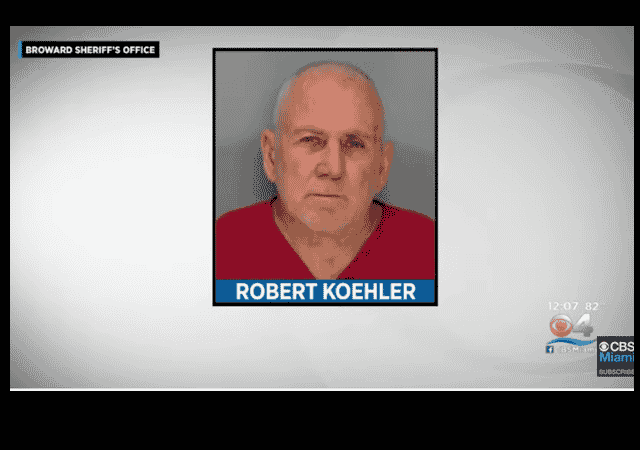 DNA technology has advanced so significantly that it has now used by Florida law enforcement to identify and charge the region’s infamous Pillowcase Rapist, who is accused of sexually assaulting multiple women in the 1980s.

Robert Koehler, 62, is charged in six sexual assault cases that investigators say were carried out with “diabolical precision,” according to a Broward County Sheriff’s Office (BSO) news release.

“BSO Cold Case Unit detectives worked with Broward State Attorney’s Office prosecutors to bring charges against Koehler in a total of six sexual assault cases,” BSO said, though it did not detail the specific charges he faces.

“On at least eight occasions in 1984 and 1985, detectives believe Koehler snuck into homes in Broward County late at night or in the wee hours of the morning through unlocked doors and attacked his victims while they slept or prepared for bed,” the release said.

The suspect allegedly covered victims’ heads or his own, sometimes with pillowcases, and made threats to kill the women or their families before assaulting and robbing them, the release said.

Koehler, a resident of Palm Bay, was already in custody as this news was announced.

Koehler is already in custody in neighboring Miami-Dade County on separate armed sexual battery charges related to a 1983 rape, to which he has pleaded not guilty. He was arrested on those charges in January 2020, CNN previously reported. Once the Miami-Dade case is adjudicated, Koehler will be brought to Broward County to face the additional charges.

He was genetically fingerprinted through is son’s DNA.

Police revealed that DNA taken from that scene matched samples from a number of cases between 1981 to 1986 left by the ‘Pillowcase Rapist,’ Miami-Dade State Attorney Katherine Fernandez Rundle said during the event.

Investigators were able to identify Koehler by analyzing familial DNA taken from Koehler’s son, who provided police with a DNA sample after his own arrest for a 2020 domestic-violence case.

His DNA was similar enough to the suspect’s that investigators believed the unknown assailant was his father.

Cops now say 62-year-old Koehler may be responsible for as many as 45 rapes in the Sunshine State.

“When I found my first case, it actually saddened me to have to reach out to that victim and have her relive what had happened so many years ago,” [Sgt. Kami Floyd] said.

It was heartbreaking in many cases, she added, because some women had not even told their families what had happened to them. She said some of the victims told her they would need to talk it over with their families before discussing it with her.

“But when they did decide to come back and were brave enough to discuss it with me, I was very proud of them,” she said.

Their stories were all similar. They lived alone. They were assaulted at night, and the attacker apparently knew their habits, including in some cases the layout of their apartments.

Now, those victims are very relieved to know the man who attacked them may be brought to justice, she said.

“Several of them have commented that they hope more women will come forward,” Floyd said.

It appears the arrests and identification may have been most timely. Law enforcement discovered a room in Koeler’s home at the time of the 2020 arrest that appeared to be a dungeon.

“Police found what appeared to be a dungeon in progress,” Miami-Dade prosecutor Laura Adams told reporters Thursday afternoon. “We feared had we not gotten him into custody, he may have had other plans even worse than what he executed on all of these women from these cases.”

And inside the room, according to a search warrant, were several safes. One contained a metal nail file with a “sharp/pointy end” wrapped in protective covering, possibly a keepsake weapon used in attacks decades earlier. Also in the safe was an array of women’s jewelry.

When is Hunter Biden being indicted?

When they have what they need in place to make sure charges are dropped so that they can claim he was “vindicated.”

Global warming will come and go and a new ice age will freeze your ass off before anything happens to Hunter Biden.

But not the bodycam video of his arrest! Too embarrassing to a fine, upstanding (rich, connected) citizen whose wife is Speaker of the House.

Criminals take note. Be careful when casing the joint.

One comment out of five so far are on-topic. Just an observation.

Frankly I’m surprised that the Broward Cowards could get out from under their desks to make this arrest.

Finally, we don’t have to hide our pillowcases anymore!