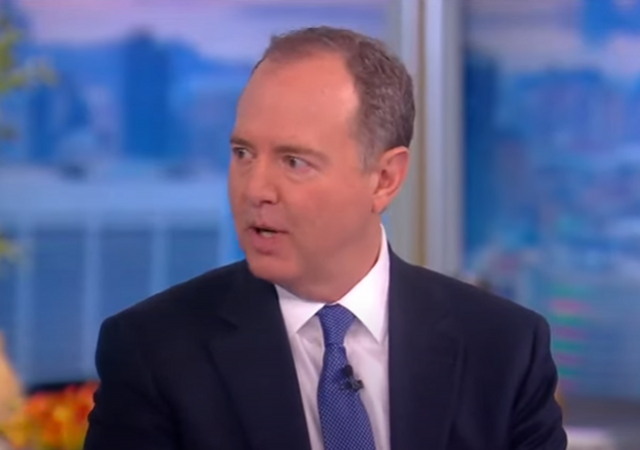 As we noted last week, episode 1 of the Democrats’ January 6th show trial earned less than stellar ratings. Now the ratings are in for episode 2 and they’re even worse.

Also, for some strange reason, episode 3 was postponed. What’s going on here?

Mark Moore of the New York Post has the ratings details on episode 2:

Ratings slump for second Jan. 6 hearing as around 10 million tune in

The preliminary numbers from Nielsen Media Research incorporated viewership across cable news, as well as ABC and CBS properties. Numbers from NBC News were not immediately available Tuesday.

Last week’s hearing aired on 12 different TV channels and drew an audience of 20 million Americans — more than watched this year’s Oscars or Game 3 of the NBA Finals between the Boston Celtics and Golden State Warriors, the latter of which aired the night before.

Fox News did not broadcast Thursday’s hearing in favor of its regular programming but did cover Monday’s proceedings from start to finish.

The fall in ratings is a real mystery. Maybe, and I’m just thinking out loud here, Americans are more concerned about gas prices that are now over $5 a gallon and a nationwide shortage of baby formula.

Perhaps skyrocketing food prices are more important to most average Americans than saving “our democracy” from Trump supporters.

Episode 3 was supposed to air Wednesday but has apparently been postponed due to technical difficulties.

The House committee investigating the Jan. 6 attack on the Capitol announced Tuesday it was postponing a public hearing scheduled for 10 a.m. ET Wednesday.

Rep. Zoe Lofgren, D-Calif., a member of the panel, told reporters that the postponement was due to “technical issues” stemming from “overwhelming” demand on staff to produce videos.

“We’re trying to give them a little room,” Lofgren said.

The next hearing is now scheduled to take place on Thursday at 1 p.m. ET. The committee also announced the dates and times for two more hearings: June 21 and June 23, both at 1 p.m.

Wednesday’s hearing had been expected to focus on then-President Donald Trump’s unsuccessful plan to replace Acting Attorney General Jeffrey Rosen with Justice Department lawyer Jeffrey Clark, who was more supportive of Trump’s fraud claims. Clark caught Trump’s eye after he circulated a draft letter to states that said the department “identified significant concerns that may have impacted the outcome of the election.”

The Democrats might want to hire a new producer for the show.

They don’t want to get cancelled after just one season.

Not even Pixar can help them.

They need better talent. It’s really hard to take a script that ludicrous and selling it as a drama.

Yeah but just wait for the moment Schiff-head finally drops bomb and releases his irrefutable evidence that will send Trump to prison.

Schiff for Brains simply has no shame. Unbelievable.

A truly loathsome human being. Karma won’t be kind to this POS.

I can think of a television spectacular involving schitf that millions would pay to see.

Since they were producing a work of fiction they should’ve hired Steven Spielberg.

Waiting for the Babylon Bee to do a story about how this series is cancelled and replaced by reruns of Bonanza for better ratings.

(quote) Rep. Zoe Lofgren, D-Calif., a member of the panel, told reporters that the postponement was due to “technical issues” stemming from “overwhelming” demand on staff to produce videos. (/quote)

You know, if they didn’t have to salami-slice every second of video to make their warped narrative look vaguely possible, they wouldn’t have to spend so much time in the editing booth. Release all the video

The Babylon Bee is probably generating at least a quarter of their ratings, even if they are protest viewers.

I don’t know of any people that actually know this is happening right now. They’ve self censored by being horrible at promoting their mock show. To be fair, it is very difficult to promote something with so little factual material without going full Hollywood.

Why don’t they just run it on CNN+?
OK, OK, then, the Disney+ Channel.
“Hakuna MAGAtata!”

What a surprise! Nobody’s buying their fake, Stalinist show-trial communist propaganda bullshit. Especially when they have bigger problems like fuel for their car so they can get to work and food so they can eat.

Would the difference between primetime vs daytime scheduling explain the drop in viewers?

Postponed isn’t a good for them sign. Sure the Kool-aid drinks watch or get the Democrats Propaganda Ministry to tell them but even them will see no one cares

Isn’t that always the way it goes with reruns?

It’s all a scripted show – Hollywood, politicians and television “news” people. Watch the first few minutes of this, and if it doesn’t make you realize the depth of the production we live in, I don’t know what will.

Just get past the title …..

Yeah, I’d take a smoking hot sexbot over Nancy Pelosi every day of the week.

Pelosi is more what the franchise referred to as a “toaster.”
Usually gin, though sometimes vodka.

Ole vodka tits get no respect.

I can see some similarities between it and Galactica 1980.

Too bad they couldn’t do some eps these days, except, reality is crazier than these sketches.

none of the main characters or storylines are that compelling. It’d be like a Friends spinoff about sober Fun Bobby aka Ridiculously Dull Bobby.

Nobody watching is one of the few positive indicators around these days.

Surely, more of the 81M that voted for Slow Joe would be interested?

if de merit garland doesn’t do anything to arrest the people walking up and down in front of the justice’s houses he too will be postponed……watch,

I’m thinking of a small orchestra for interludes between witnesses. And maybe the June Taylor dancers could perform during breaks, forming a circle over the great seal of the United States House of Representatives in the floor of the hearing room – intercutting shots from directly overhead. Yeah, that’s the ticket!

Get Ray Epps to testify. That’ll draw the crowds.

This is really a good sign because it clearly shows the left is ever moving in the way of defense. In cases like this ( when viewed through a psyops lens), “what” they do is nowhere near as important as the reason ( or driver) why they did it.

Contrary to those who think the left is composed of Lex Luthor/Brainiac level evil thinkers in some kind of a SPECTRE organization, they are mostly inept and incompetent. Their “strength” lies in their ability to work together to keep a secret and their “resiliency” comes from RINO support usually through financial bribery.

The only reason they succeed and got this far is because “WE” ( yes,, us) allowed them and they will continue to “win” until WE stop them.

One of the biggest weaknesses of the left ( Marxism) is their total dependence on primal emotionalism. ( that’s why they want to always control the narrative because they fear independent rational thought more than anything)

Remember, they KNOW they have NOTHING. They know they always HAD NOTHING so there never was any “evidence” to do anything. That never changed. There’s none to get and they know that too.

What they counted on was a “groundswell” uprising against Trump ( emotionalism) to “justify” whatever they want and it didn’t happen.

The root cause of the “meltdown” and fear we are seeing is that they have run out of “emotional” drivers. ( we all know we get immune to stimulus after a time- that’s even when we feel the stimulus). The useful idiots are getting consumed ( burnt out) and the intelligent people are now taking more critical looks and not buying what’s being sold.

This is the “code” behind what the left says they need to get out the “message”. They need to find some “emotional” driver to incite the masses and all they have now are narcotics.

That leaves the RINO’s now. We must focus efforts on culling them as much as possible and send the clear message that they are in the crosshairs. We dont need to win the war right now- we just need a beachhead and mulberry into the “RHINOland” and begin the march to “turtleville” and plant the flag.

If we don’t bother or save them- the left will implode on their own as they are doing now.

Remember, the left did NOT “steal” the election- the RINO’s gave it to them. Without their enabling on the front end and obfuscation on the back end combined with refusing to conduct proper investigations- there would have never been a theft and we wouldn’t be where we are today.

There isn’t a marxocrat in congress (of either party) who’s gallows trap door I wouldn’t relish dropping. I’d do it for free, as often as needed.

THAT is what needs to happen with these traitors.

The original Watergate hearings benefited from:
– Summer rerun season didn’t provide an alternative that was better
– It was a ‘young person’ thing – everybody wanted to be able to discuss it with friends
– It was endlessly hyped by the media, and by the Leftist organizations that existed then
– The media coverage was holding to the Leftist narrative, and released their ‘revelations’ in unison
– It was a targeted hit on Nixon; JFK and LBJ had done worse – much worse, and the Left wanted to convey the impression that this was unique and MUCH worse than any tiny little ‘infraction’ that the Dem presidents had done
Today, there are multiple alternative news sites and formats. You aren’t even limited to FoxNews anymore – there are multiple channels, and they are no longer scheduled for a certain time slot – they are streamable at any time.
So, yeah, Old Media is screwed. They can’t control the frequency anymore.

Every decent human being was hoping the Democrat Fascist Show Trial would be canceled after one episode. But Big Brother is immune from normal TV ratings, so the best we can do is ignore them to death.

The switch from prime time to 1300 should tell you everything. Coupled with the unhinged attack on Loudermilk with allegations the Capitol Police Chief already refuted you can see those clowns flogging a dead horse that has as much chance running The Kentucky Derby as Lizzy Cheny’s getting reelected

The only real threat to democracy is the Democratic Party.

How appropriate is their party symbol a donkey, or is it a jackass?

No, and be careful of the wording.

The left is an ABSOLUTE MASTER of using selective wordsmithing to further their goals and don’t fall in the trap.

This is why the USA is a FEDERAL REPUBLIC ( and why we have the electoral college).We are NOT a democracy, never have been and hopefully never will be.

This is why they are whining about if the GOP wins it will “end democracy” and all that.

Most Americans simply DO NOT CARE and know this show trial is a farce, perpetrated by fools.

We maintain several screens in the Salt Mines’ nerve center tuned in to “news”, so I wonder how many of these were similar “false positives”.