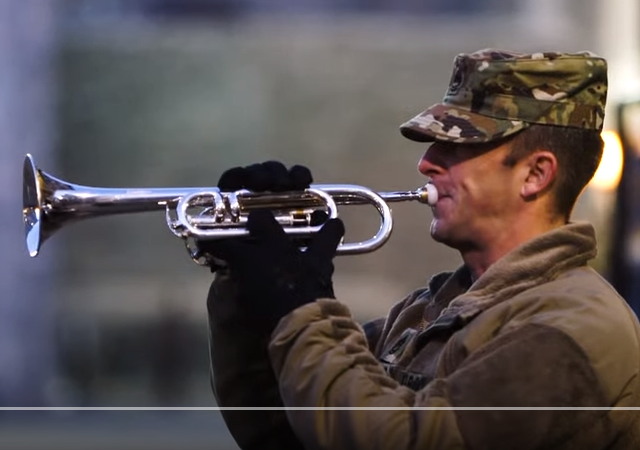 For months we have been told that Critical Race Theory is not being taught in public schools, which we all know is a lie. What could be worse than that? How about CRT being taught at West Point?

This poisonous, leftist ideology has worked its way into military training.

Our Navy is teaching proper use of pronouns and cadets at West Point are reportedly being taught CRT and gender ideology. What could go wrong?

Judicial Watch was forced to serve the U.S. Department of Defense with a Freedom of Information Act request after the group’s initial requests for instructional materials were denied.

One presentation included a graphic discussing “modern day slavery in the USA,” while another instructed students to discuss “How White Networks Exclude Black Men from Blue-Collar Jobs.”

The records include material about “whiteness:”

In order to understand racial inequality and slavery, it is first necessary to address whiteness

Tom Fitton talked about this on FOX News yesterday. This video is cued to start at the 3:52 mark, just press play:

I hate to say it, but I fear Jesse Kelly is right.

Is it too dramatic for me to say that I think all of this woke nonsense is putting America’s national security at risk?

“I hate to say it, but I fear Jesse Kelly is right.”
Trying to think of a major was we’ve actually WON since 1945.

But seriously, we saw this sort of thing on the horizon years ago.

At first I thought it was just a snowball.

Marxists are running the government, and have taken over military Brass.
We are going down a very dark path from here.

Their goal: to turn the military’s guns on you and I.

“We are going down a very dark path from here.”

We are closer to the end than we are the beginning.

With a constant barrage of this crap, Texit is looking better all the time.

Most Officers don’t come from West Point they come through ROTC at civilian Universities which have been spewing this crap for a long time. Any Officer that wants to become a full Col, much less a General, must go back to academia and obtain an MA/MS at a minimum where they are further exposed and indoctrinated to CRT/equity. The rot runs deep.

It goes from the bottom all the way to the top.

This article is at least 2 years late (and in truth 2 years would have already been very late).

The left wing politicization of the military is a very old story it is our sides militarism and inability to see anything beyond a fancy uniform and shiny stars that has blinded us to it.

Our only leverage is power of the purse and as long as raising the military budget every day that ends in Y remains a Republican principle we can’t possibly use that leverage.

Yet another step in the long march of the Marxists through our institutions.

The next war will be fought with PRONOUNS!

Modern day slavery is a valid topic. There are 40 million people in some form of slavery across the world, some of whom are in the US.

That includes men and women of all skin colours, and the people responsible similarly don’t represent any single demographic.

Military personnel will be deployed to countries that have slavery. Being able to recognise it is important. (Not being allowed to intervene is a different topic – much as the US military were told not to prevent Afghan men raping small boys).

The losers and malcontents behind CRT (and other varieties of leftist ideology) are incapable of gratitude and consumed by loathing and hatred. Put them in charge of indoctrinating young people in the military with their litany of lies and their poisoned, myopic view of America? How does this square with asking military people to put their lives on the line for America? It doesn’t!

Maybe the producers of this CRT claptrap should instead learn basic grammar. I noticed two errors in the two slides shown:
Using “and” instead of “an”
and using “tenant” when they meant “tenet.”
Not surprised that these are the same people who think the pronoun “they” is singular.

Although not a West Point Grad (attended THE University of Alabama Main Campus ROTC ‘83), I am proud of my 23 years in the Army. As like many campuses across the country; UA has sadly gone fully woke, distancing itself from its historic past.

I was going to purchase an Army West Point cap. However, because of this & because the Pentagon Leadership has determined that Robert E. Lee’s (the only four year, full time graduate-Pete Dawkins also never received a demerit but he spent three years @ Oxford University in England) ) portrait should be taken down in a fit of historic cleansing; I doubt I will purchase a hat. I’d love to attend a football game @ West Point, but even that is becoming a non starter & highly unlikely.