As food scarcity starts to be a concern for Americans, California’s bureaucrats now place the needs of insects over farmers. The fruit from this decision will likely be bitter. 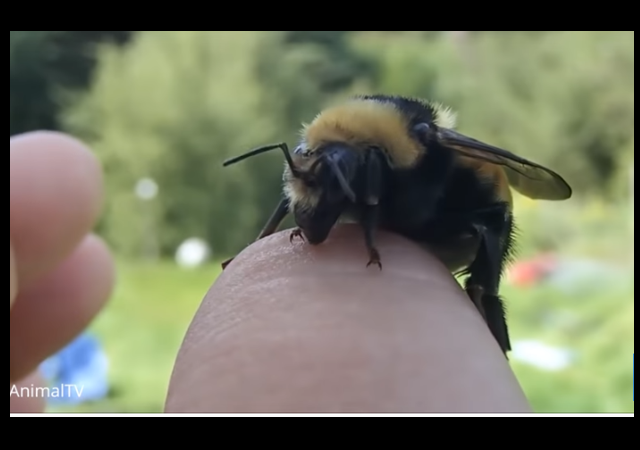 California rose to a new level of crazy last week. One of its courts ruled that bees could be classified in a category initially intended for use for fish and aquatic life.

A ruling by a California appeals court had the unusual effect of classifying bees as fish under the state’s endangered species law.

The case began in 2019, when the California Fish and Game Commission classified bumblebees as endangered, and agricultural groups successfully appealed to the Sacramento County Superior Court the following year to have the insects removed.

The groups had argued that the bees could not be listed as endangered under the umbrella of invertebrates, because California’s endangered species law from the 1970s explicitly defines invertebrates — animals without backbones — as “fish.”

The 3rd district California Court of Appeals in Sacramento has now overturned the earlier decision, returning bees to the state’s endangered list. The court ruled that other non-aquatic invertebrates, such as snails, were already listed as endangered under the category of fish.

There is no denying that the bumblebee is one of the cutest creatures on the planet, especially among the class Insecta. However, this ruling is in a long line of abuses of the concept of the Endangered Species Act, which was initially aimed at protecting a minimal number of animals.

There was a judicial misuse of science to use a list designed for fish and related aquatic species for an insect.

In the ruling, the courts gave the [California Fish and Game Commission] the legal authority to list invertebrate species as endangered, even if they are not aquatic animals.

“We next consider whether the commission’s authority is limited to listing only aquatic invertebrates,” the ruling stated. “We conclude the answer is, ‘no.’ Although the term fish is colloquially and commonly understood to refer to aquatic species, the term of art employed by the Legislature in the definition of fish in section 45 is not so limited.”

If the bees needed such protection, let them be added separately with a chance for public commentary, affected industry input, and some regulatory restraint on the regulators.

And while environmental justice activists are delighted with the Gumby-like stretch in interpretation, California farmers are weighing their legal options.

…[T]he Almond Alliance of California, the California Farm Bureau Federation, and five other agricultural groups filed a lawsuit in Sacramento County Superior Court in a bid to clarify that CESA does not protect insects.

In 2020, the Superior Court ruled that the law’s reference to “invertebrates” had to be read in context, and included only aquatic animals.

Paul Weiland of Nossaman, lead counsel for the agriculture groups, said his clients are “disappointed” and reviewing their legal options.

Meanwhile, the ruling has led to some amusing commentary on the state of the California judiciary.

If a bee identifies as a fish, who are we to question its lived experience?

However, this is something to ponder on a more serious note: Americans are now increasingly concerned about food scarcity. With the cost of fuel escalating and fertilizer shortages looming, food production will take a hit.

California recently rejected a desalination plant and is leveling four dams in the name of Mother Earth. It has made it much harder for farmers to farm in California.

California is considered the country’s fruit, vegetable, and nut basket. Here is the most recent static I could find about the state’s agricultural product,  which should be of concern:

With a continued emphasis on returning land to “nature,” farmers will have to make different choices on where to farm…and it won’t be in California.

California’s bureaucrats now place the needs of insects over farmers. The fruit from this decision will likely be bitter.

There you go, giving.the nut cases an excuse! Tsk tsk…

Nuts are in the same category as fruit.

Were we discussing Hollywierd? I must have missed that.
.

Nice try but not relevant. It has nothing to do with the Family > Genus > Species science. Then again, we are quickly moving to the place where the dominant science is “political science”. So, any well written, grammatically correct opinion perhaps is now valid provided it meets the political requirements. That’s how journalism works now, too. Good enough to get A+ in a class but void of much analysis, logic, or valid conclusions.

I encountered this insanity myself when I moved into my house a couple years ago here in Commiefornia.

There was a beehive hanging from the tree out back – not a nest, an actual HIVE.

I had asked Terminix to take care of it and they said that they legally weren’t ALLOWED to get rid of it, I had to call an actual beekeeper and having it removed.

Long story short, there was only one in the area, and the THIRD time he didn’t show up I had to go to Lowes, buy a couple cans of RAID, spray the nest myself (and immediately run into the house while the bees went crazy slamming against the door/windows and dying. Then I had to buy a cheap tree saw and cut the nest down myself.

It was absolutely insane. I literally couldn’t even imagine a farmer having to go through it on a regular basis.

That guy does hive removal for a living along with raising his own bees. Could be some useful tips in his videos if you ever have to go through something like that again. Though I’m pretty sure he’s in one of the Gulf Coast states, not Cali.

Too bad with your experience with swarming bees. Friends of the family had a swarm move into a tree in their front yard. Cost them $200 to pay a beekeeper to pick it up. That was the going rate. Everything costs in California.

I’ve had 4-5 swarms removed from my property (in California). The most I had to wait was until the next morning (while the clump was cooler and quieter. No charge as the bee keepers wanted the colonies for their own hives. Of course these were swarms and not established hives, so the procedures were probably simpler.

Oh, and I forgot to mention.

These bees ARE NOT ENDANGERED. They’re just bog-standard bees that you can find in any state in the country.

The problem comes when they discover that bees are fish are dogs are kids. Then what happens to abortions?

Leftism is all about taking words and changing their meaning

You think that’s bad? California also puts morons in the category of Secretary of State:

I agree that the legislative authority is not there, but protecting a keystone species like bees is a worthwhile endeavor (IF DONE PROPERLY).

As for the “Almond Alliance”, maybe they should worry more about their water footprint as it takes far more water to farm almonds than it does meat. Tell the vegans to go shove some virtue almonds up their ass next time they try to play the sustainability card with you.

Excellent wines can be had from many locations in our country, not only California. This might be a boon for the vintners elsewhere.
.

Why even have any laws at all. “Judges” simply opine based entirely on their own political ideology, and those opinions form the “laws” that are then enforced.

Dear Leslie, I have read the clear, well-written 35-page appeals court decision (https://www.courts.ca.gov/opinions/documents/C093542.PDF) you apparently disagree with but the essence of which you seem to miss. It is that as a result of careless thinking and poor writing by a fair passel of lawyers and judges and bureaucrats and, yes, even biologists over the decades, a large amount inconsistent case law and judicial and administrative precedent was created. If you are not a biologist, you may find that decision difficult to understand and easy to ridicule. But as a biologist, and not a lawyer, I find the decision to be exemplary and easy to follow.
The consensus (judicial, legislative, scientific) that has evolved over the decades is that it is desirable to assess which plant or animal species may be endangered or threatened by human activities and to mitigate or eliminate those dangers or threats. What are reasonable or feasible as mitigation measures is quite a separate matter. But whether it’s a bird species or a butterfly or bumblebee species – or a coral species or a salmon species – should be irrelevant from a scientific or conservation biology point of view, which is where we have to start. So enough wasting your talents on word games. I do, course, understand your reflexive sympathy for the Almond Alliance of California. Eat a handful of them every day myself, my contribution to the desiccation of the Central Valley of California where they’re grown!