Great. You know, because taxpayers could use that money to buy groceries or gas. 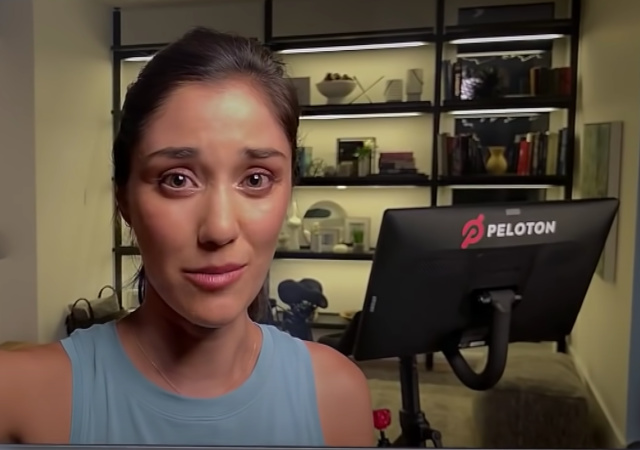 The U.S. House is reportedly going to use taxpayer money to give their staff Peloton memberships:

According to a draft email obtained by FOX Business from the office of the Chief Administrative Officer (CAO), the “premier employee benefit,” which will also be made available to all Capitol Police, will provide staffers with both Peloton All-Access and a Peloton App membership at no monthly cost.

Beginning May 18, the government contract with fitness giant Peloton, under efforts from the House Center for Well-Being, will be offered to the estimated 10,000 people on staff working for the House of Representatives and about 2,300 Capitol Police officers.

A source familiar with the matter told FOX Business that the contract cost is a $10,000 upfront payment to Peloton, plus an extra $10 per month charge for each staffer or officer that utilizes the benefit. If 12,000 staffers took advantage of the benefit, it would cost taxpayers $120,000 a month.

Peloton confirmed to FOX Business “that the US House of Representatives is extending Peloton Corporate Wellness to all House staff and Capitol police.”

According to The Washington Free Beacon, Peloton started lobbying in Congress in March 2021. The company “hired an in-house lobbyist and two lobbying firms to influence Congress on issues including ‘government programming to support health and wellness of Americans.'”

Peloton received this contract just as the company was about to implode:

The contract comes when Peloton is in urgent need of revenue. After its profits initially exploded during the pandemic as Americans locked down and exercised from home, the company has fallen back down to earth, announcing this week that it lost $757 million in the first quarter of 2022. Peloton’s stock has plummeted from a high of $163 per share in 2020 to $15.46 per share as of this story.

Well at least no one in Congress or on staff has anymore excuses for not setting an exemplary example for physical fitness other than a very few wounded vets. So I fully expect to see beach body level of improvement./S

Put it on CSPAN or hell live stream it. Let Joe Rogan run it and have ‘punishments’ decided by audience vote for those who fail to meet targets.

We overpay those worthless pieces of garbage enough that they can buy their own peloton memberships if they want them, This is a fraudulent waste of taxpayer money.

Not a waste if we make them use the damn things then hold weekly weigh ins to track progress. The ritual shaming of our political class on a weekly basis. That show would get ratings. Penalties assessed for least weight loss as voted on by the audience. This has possibilities.

Every day they tell us what matters to them. It has nothing to do with the good of this country.

I’ve asked my woke Senators to file a bill banning any such move until Peloton learns how to address each of its users by their individual preferred pronouns. Calling them all “Peloton” is insulting, white privileged, and directly threatens the safety of the customers and their communities.

In a past life, I managed a district office for a House member. One time a new oil change place called the office and asked if the Congressman could come to a ribbon-cutting ceremony. I guess they thought he would be really excited about oil changes. He couldn’t make it (he would have, if he didn’t have much else to do on whatever day they wanted him there), so they asked I could be there. They said – we’ll give you a free oil change if you show up. That rang an alarm bell. Why? Because of what I was told on Day 1 of my job, and also at the orientation seminar I had to go to for a couple days in DC, about perks. I called the district director. “Can we accept free oil changes?” He said he didn’t know, call one of the House ethics lawyers and talk about what a nominal gift is (t-shirt, mugs, etc. were OK).

Called the lawyer, he thought my question was amusing. I remember his greasy lawyer laugh. Hehhehhehheh, oil change, huh? I’m sure he thought of me as such a rube. He said it probably did not fall under the category of nominal gift, wasn’t sure, but said to respectfully decline the offer because then it won’t be an issue.

This is how cognizant I was about perks. Stupid perks. Yeah, I actually cared. And reading this, which is nothing but a payoff for Peloton in some way, I don’t know how exactly, and/or investors (nothing in DC happens without self-interests steamrolling over all else), it just infuriates me, the waste of money, the coziness between business and government. A Peloton membership for one month is cheaper than an oil change, or about the same if you get non-synthetic oil. Again, I was told that one oil change is probably not kosher. Here, staffers can get a comparable bonus every single month indefinitely, courtesy you and me and everyone else who pays taxes. Why is that permissible? Why not give everyone in America a free membership to Peloton? How come only the special people get such a deal?

This is one of the many reasons I didn’t waste my career around Congress. The more I found out, the more the whole place disgusted me.

“And reading this, which is nothing but a payoff for Peloton in some way, I don’t know how exactly”

Is my level of cynicism that high? I thought it was glaringly obvious.

“The contract comes when Peloton is in urgent need of revenue.”

So some “friend” of Peloton’s in DC cuts a sweetheart sole-source contract with Peloton to supply the company with 12,000+ new customer subscriptions out of the blue, completely paid for by “the federal government” (your tax money), not the “customers.” Peloton gets a big cash infusion from your money.

These paraistes should be getting heart attacks instead of zillion dollar training cycles.

“These paraistes should be getting heart attacks instead of zillion dollar training cycles.”
Presumably, they’ve all been vaxxed… so chances are good they get both!

Congress and their staffs are at the peak of the Second Estate of our regime. To impede their accumulation of benefits from that position is functionally a form of lese majeste and will soon be classified as an offense against the State.

So pelosi, the big crook and others bought shares in peloton recently with some new found “political donations” from peloton?

That’s not how it works. With advance notice that they are about to drop a whopping grant on Peloton, they buy shares in the company beforehand with their OWN money. Still obvious, but it doesn’t set off car alarms over four blocks.

I believe they already have a gym.
Not one dime of our taxpayer money should be spent on this!

15 minutes on a peloton would kill most Dem congreasemen.

Let’s make it mandatory for them.

Take it from Representative Mayhem (D-CA).

Will they be hooked up to the Washington power grid to offset high energy costs?

Los Angeles Times
@latimes
· May 13
Breaking: California’s government surplus is expected to balloon to $97.5-billion by next summer under the budget plan unveiled Friday by Gov. Gavin Newsom.

“No other state in American history has ever experienced a surplus as large as this,” he said.