Professor Turley: Justices Did Not Commit Perjury When Asked About Roe at Confirmation Hearings

Professor Turley: Justices Did Not Commit Perjury When Asked About Roe at Confirmation Hearings

“Most of those crying ‘perjury’ do not cite the specific perjurious language.” 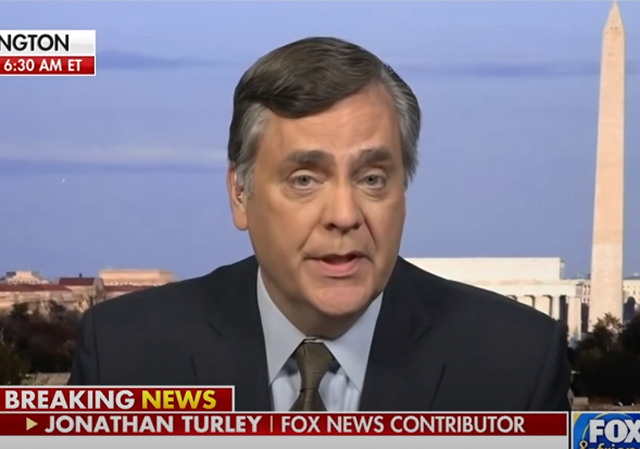 This talking point has been floating around on the left all week. Professor Jonathan Turley debunks it here.

No, Justices Did Not Commit Perjury in Their Confirmation Hearings When Asked About Roe

The response to the leaked draft opinion overturning Roe v. Wade has unleashed a torrent of outrage on the left. While many are calling for marches and sweeping new legislation, some are focused on calling out the justices in the majority for alleged “perjury” or “lying” in their confirmation hearings, particularly Justices Samuel Alito, Brett Kavanaugh, and Neil Gorsuch. In reality, they did not lie in testimony in referencing Roe as established precedent.  The suggestion of perjury is utter nonsense.

The draft opinion written by Justice Alito declares “We hold that Roe and Casey must be overruled. It is time to heed the Constitution and return the issue of abortion to the people’s elected representatives.”

Sen. Majority Leader Chuck Schumer (D., N.Y.) declared that some of the conservative justices “have lied to the U.S. Senate.” Sen. Susan Collins (R., Me.) publicly decried what she claimed were false or misleading answers on Roe by Justices Alito and Kavanaugh.

No less a legal figure as Stephen Colbert declared “They knew, that if they were honest, they wouldn’t get the job. So they lied, which I think is perjury. But what do I know? I’m no Supreme Court justice, I’m not a good enough liar.”

In recent hearings, some of us have criticized Democratic members for demanding assurances on how nominees would vote on particular cases or issues. However, both Democratic and Republican nominees have largely stuck to rote responses on Roe and other cases to refuse to make such commitments. As Justice Ruth Bader Ginsburg famously insisted, there would be “no forecasts, no hints.”

The problem is that politicians often display a type of selective auditory attention problem: they hear what they want to hear. Indeed, confirmation hearings are highly choreographed on both sides. Each senator seeks to secure a thirty-second clip showing that he or she secured assurances or trashed a nominee.

For pro-choice senators like Sen. Collins, it is essential to have some answer that would support a claim that, despite seemingly antagonistic judicial philosophical views, a nominee would not likely overturn Roe v. Wade and Planned Parenthood v. Casey.

Notably, however, these same senators have supported the Ginsburg Rule, which is customarily cited to refuse to make promises or predictions on votes. Indeed, I have long been a critic of the rule because it is used to refuse to even discuss judicial philosophy. So nominees now just restate elementary points of judging without saying anything of substance.

Most of those crying “perjury” do not cite the specific perjurious language.

Whatever the judges said at their confirmation hearings about Roe being settled law was that it was a decision of SCOTUS that had been cited on many occasions and challenged in numerous instances, as opposed to swearing under oath that Roe was of such import that it would never be subject to either being modified or overruled

The only way to settle this is to run it by Czarina Nina at the Truth Bureau and have her to render a decision.

I think I remember that Sotomayor was asked about whether the 2nd Amendment guarantees an individual right to keep and bear arms. I believe she said that was “settled law.”

But once she was a Justice, she’s voted against every 2nd Amendment case that I know of. Nobody seems to have noticed or cared, because the Left prefers to leave us all defenseless as they defund the police and turn the criminals loose without bail.

Note that we have a very recent person consented to by the Senate that apparently applied the Ginsburg Rule in declining to define a woman, although, in this particular case, I would not bet money that she even could have had she wanted to.

Brown Jackson’s mind numbingly, childish, answer was clearly perjury. No? That a grown leftist could find no way to throw a woke word salad at that question shows that woman to be so immature as to be unqualified. That and her leniency towards child abuse offenders. Ugh.