“Depending on your role, you may need to work on titles you perceive to be harmful. If you’d find it hard to support our content breadth, Netflix may not be the best place for you.” 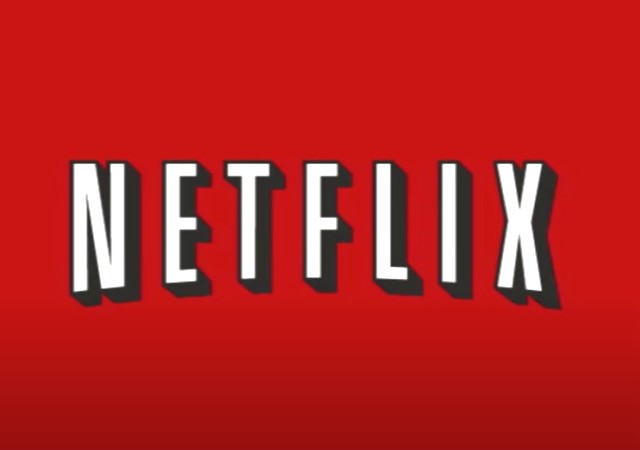 In the first quarter of 2022, Netflix announced they’d lost 200,000 subscribers, the first time the company had reported such a quarterly loss in a ten years. It has also projected a loss of two million subscribers in the second quarter.

Though the company cited, among other things, “increased competition and password-sharing” as well as Russia’s invasion of Ukraine, which prompted Netflix to pull its services from Russia, as reasons for the subscriber decline, some including presumptive future Twitter owner Elon Musk have suggested the streaming service’s downward spiral is happening in part due to their tendency to air “woke” programming which is, to put it mildly, not entertaining.

Perhaps in acknowledgment of that possibility, as well as in the aftermath of all the backlash they’ve received over the last couple of years from wokesters over the popular Dave Chappelle comedy specials – which Netflix has stood behind – the company has recently updated their “Culture Memo” to warn employees who might be sensitive to the subject matter of projects they could be assigned to that “Netflix may not be the best place for you” if they can’t or won’t commit to working on them.

From the section on “Artistic Expression”:

Entertaining the world is an amazing opportunity and also a challenge because viewers have very different tastes and points of view. So we offer a wide variety of TV shows and movies, some of which can be provocative. To help members make informed choices about what to watch, we offer ratings, content warnings and easy to use parental controls.

Not everyone will like—or agree with—everything on our service. While every title is different, we approach them based on the same set of principles: we support the artistic expression of the creators we choose to work with; we program for a diversity of audiences and tastes; and we let viewers decide what’s appropriate for them, versus having Netflix censor specific artists or voices.

As employees we support the principle that Netflix offers a diversity of stories, even if we find some titles counter to our own personal values. Depending on your role, you may need to work on titles you perceive to be harmful. If you’d find it hard to support our content breadth, Netflix may not be the best place for you.

Author, healthcare entrepreneur, and political commentator Vivek Ramaswamy suggested in response that the “currents are changing”:

The currents are changing.

Netflix says it stands for artistic expression and that employees who don’t want to work on content they find offensive can work somewhere else. And they reportedly fired the employee who led the trans “walkout protest” earlier this year. https://t.co/6x8Jd5ut9M

He might be right. In addition to the Netflix memo, the CEO of Sony Playstation – Jim Ryan – reportedly caused woke employees to “fume” last week after he sent an email urging them to “respect differences of opinion” in the debate over Roe v. Wade:

In the email seen by Bloomberg, PlayStation president Jim Ryan didn’t take a stance on abortion rights, instead writing that the company and its community are “multi-faceted and diverse, holding many different points of view.” He wrote that “we owe it to each other and to PlayStation’s millions of users to respect differences of opinion among everyone in our internal and external communities. Respect does not equal agreement. But it is fundamental to who we are as a company and as a valued global brand.”

Ryan then went on to write that he “would like to share something lighthearted to help inspire everyone to be mindful of having balance that can help ease the stress of uncertain world events,” saying it was recently his two cats’ first birthday and elaborating over the next few paragraphs about his cats’ birthday cakes, their noises and his desire to one day get a dog.

Ryan’s email came just a day after the Washington Post – a key pusher of Democrat/pro-abortion narratives in the aftermath of the leaked Supreme Court draft majority opinion written by Justice Samuel Alito – complained in a “straight news” report that the video game industry was staying “mostly silent” rather than weigh in on the debate, a position PR firm Zeno Group is said to be advising its corporate clients to take as well.

If the currents are indeed changing, it is long overdue. But as the old saying goes, better late than never.

Netflix has to decide whether they are in business to make money or promote “wake” doctrine. If they can’t decide, perhaps Musk will buy them out.

What groundbreakers they are at Netflix.
“You work for me; follow my rules, or quit.”
Because nobody has ever told an employee that in the history of human employment.
I guess they finally figured out that giving Weezer the Mailroom Guy an equal say in running the company just flat wasn’t working out.

Ron DeSantis is the cause of this.

Hitting Disney with the loss of its special government district has woken up the arrogance asses that run these companies. No one ever pushed back before.

I saw Trump in Austin yesterday, listening to him it reminded me of just how effective he was and will be again

I never said he couldn’t or wouldn’t be either elected or effective in office. There are those who seem to demand fealty to DJT and that we simply anoint him as the GoP nominee without any primary contest. These are the folks who bark loudly when anyone mentions DeSantis as potential 2024 candidate.

It’s a near Pavlovian response for these folks to lash out at any inkling that someone doesn’t agree. These ONLY Trump folks are becoming as annoying as NEVER Trump folks. If they aren’t careful they will do lasting damage to DJT and the party.

I won’t down voted but I don’t see the Santa‘s as the hero in the Netflix thing. I think the Netflix board of director sells decided that they better wake up or they’re not gonna have a company. It doesn’t always take a hero politician to show people the error of their ways.

Fair enough. I didn’t take a position relative to DeSantis influence on Netflix, just pointed out that mentions of DeSantis seem to bring out the barking of ONLY Trump zealots.

Or more correctly, it shouldn’t. But we gunnies have a saying: some people never see the light until it shines through the bullet holes. Who can you name in that category? Salvation Army, WeWork, Penzey’s Spices, Gillette, Vice, Twitter, The Academy (Oscars), Disney…

Some wokesters are so positive that everyone in the world is out of step except them. They remind me of my nephew when he was a toddler. He found an onion in the refrigerator’s under-drawer, and began eating it, thinking he had found an apple. He shrieked “APPLE!” at it every time he bit it, and cried afterwards. He finished the whole thing, though the damn thing never did become an apple.

Trump was the first without Trump, DeSantis would not be as effective
And I love DeSantis

Wake me up when real firings happen.

I think Netflix did fire the employee organizing the crazed trans anti-humor jihad against Chappelle. They’re getting it. Slowly.

Is that the one that decided to walk into an executive level meeting uninvited so that they could rant to the brass about trans issues?

I wasn’t interested in setting up a Trump vs. DeSantis point.

My point was, have you noticed how little noise we’ve heard from big companies about R v. W? And it IS ALL about DeSantis and Florida removing Disney’s special district.

The POINT is, look how little it took, to get these jackasses to stop braying at us.

We just have to Push A Little, but we DO have to PUSH.

Agreed. Now its time to pay attention to the real question, which is, why is there only one Republican in the entire goddamn country who knows how and is willing to to fight back?

Maybe he’s the only Republican who is an actual Republican.

Now this IS THE QUESTION.

You may not have intended it but there are a number of folks who can’t seem to stop themselves from being agitated and barking when DeSantis is mentioned positively with no reference to DJT or his influence or a declaration that DJT paved the way for DeSantis and that DJT must be the 2024 nominee.

Those are the folks what I have termed as ONLY Trump.

Definitely DeSantis fighting the woke amd not bending the knee, actually pounding them daily effectively has had an effect

It’s good to see corporations get a bit scared. They need to be scared more and held accountable. None of the BLM and pedifiles should be working in many positions in the company ever again

We need to hold these pigs accountable

I think it’s more than DeSantis, though. People are absolutely fed up to their ears with this anti-humor, anti-fun, everything’s a freaking tragedy leftist onslaught. People are cutting their subs to these wokester companies and it’s hurting their bottom lines, that’s real. But at some level, I hope/wish/pray that these companies see how completely un-entertaining woke preaching is. No one wants to watch that crap, not even wokesters.

At least, they’ve realized they’re cutting their own throats. You can’t promote wokeness if you no longer have a platform, so it does no good to run the platform into the ground.

The invisible hand did an Ike Turner to Netflix and its coming to other companies as well.

I’ll be dropping streaming from all platforms at the end of this month… as I commonly do when the weather turns nice.

Keep up the pressure on corporations this is the result. Watching Disney join the SJW mob is more than likely a big part of the reason for this.

Time for an entire slate of new warnings. I don’t panic about sex scenes but I do not want to watch same sex junk.