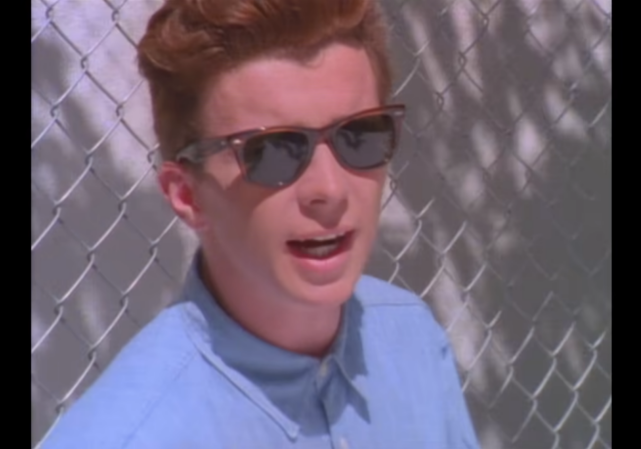 Many major websites have closed their articles to comments, while others use Articifical Intelligence programs to monitor and weed out the comment section. We also have gone through and repeatedly rejected moving to Disquss or similar third party platforms. We could have a lot more comments if we did that, but volume is not necessarily better.

We still have the native WordPress commenting function, and you need to register with us, which cuts down on drive-by commenters throwing Molotov Comments into the comment section, then watching it all burn. It’s not perfect. We know. But so far, it’s the least bad option.

We now can celebrate our One-Millionth comment, which happened this morning at 10:01 a.m., from “texasamurai” regarding the post Texas School Shooting: Suspect Identified as Salvador Ramos, Leftists Scream Gun Control:

“acquiring a weapon has never been a problem for this type of criminal anywhere in the world–a “lone wolf” attack is the most difficult assault to intercept/interdict/prevent for any citizen/leo/military force, etc.–those are facts not opinions

It’s going to be a long time before the second million. So “texansamurai” savor this honor. You may now collect your prize.

Okay, I have to admit that I laughed out loud at that. So good.

The thumbnail should have tipped us off …

I may live in Oregon, but I was born in the Rio Grande Valley of Texas, in Edinburg. So, I guess we have a shared heritage!

Oh, No!
We’ve been rickrolled again.

But seriously, we need an edit button.

Disqualify would make this site another Breitbart or Gateway Pundit.

This! Disqus is a pit of spam, trolls, and worse. Whatever LI does, it should avoid Disqus at all costs.

For REAL garbage comments, it’s hard to beat Citizen Free Press. “Famous Person Dies at 72” and most of the comments are about The Jaaaabbbb!

Second “… the quality of the comments section.”

Now if we could do something about those who think careless foulness passes for a sign of sophistication and intelligence (it doesn’t). But that’s the price of being able to bounce ideas off each other.
.

Dominion says it, and I believe it.

Thank goodness it wasn’t me. Or worse yet, Milhouse. 🤪

Milhouse has been trying to get to 1 million comments all by himself.

A million yentas cannot be wrong!

Congratulations to Texas Samurai whose pen is mightier than his sword.

We also have gone through and repeatedly rejected moving to Disquss or similar third party platforms. We could have a lot more comments if we did that, but volume is not necessarily better.

If you moved to a third party comment system, I’d have stopped commenting, because I will not register to be tracked by them.

Congratulations to Professor J. and his amazing team, for creating what is undeniably one of the preeminent websites for legal and sociopolitical commentary, proffered with an underlying dose of conservative rationality and moral clarity. Along with PowerLineBlog and the Federalist, I consider Legal Insurrection to be required reading for contemporary conservatives.

I look forward to Power Line’s Saturday morning post, This Week in Pictures. Never lets me down.

I am a big fan of Powerline. Abandoned Gateway after they concocted a tale of Muslims being responsible for the Norte Dame fire. If it were true, then we face the truth. But they had no evidence let alone proof. Liars are liars no matter who, what, when, why, or how. Tell the truth or go home.

No one is covering the J6 Defendants like Gateway. Saint’s work.

“We could have a lot more comments if we did that, but volume is not necessarily better.”

I was a moderator for one of those well-known Conservative sites and when they switched to Disqus, I quit and never looked back. This site has always been “quality over quantity” and the regulars and new people recognize that and really appreciate it!

“Tell our winner Texasamurai what he has won Don!”

“You bet Bob! Texasamurai and his special guest will receive an all expenses paid two-week stay at the exclusive, luxurious Jacobson family compound, a sprawling riverside mansion fit for royalty where they will be wined, dined and entertained by Professor William Jacobson and his lovely wife. Included is a private river tour on the family yacht to see the great Rhode Island sites. A rare event!

But there’s more Bob! our winners will f;y first class on the exclusive Royal Rhode Island-Provincetown Airlines beginning with private limos where you will ride in style to the airport and to your destination RI dream destination! The getaway trip of a lifetime! Don’t forget to send us a post card!

As always, all guests receive special departing gifts including the home version of “Legal Insurrection” and other promotional items. Back to you Bob!”

I read your comment and I swear that I heard your “announcer voice” in my head!

Just avoid Sheldon Whirehouse at all costs while visiting

But there’s still Aunt Carrie’s and Salty Brine Beach. The Tower on Tower Hill Road. The Great Swamp, and more.

If only politics and politicians didn’t make it unlivable (for me, anyway).

I still don’t see my own comments most of the time.

Geeze, I remember when Obama was imminent and it was Door No. 2.

It’s a conspiracy. I was actually the millionth comment, but it was too heterodox. No problem. I don’t seek fame. But where’s my PowerInsurrection jackpot?

Heck, and I’ve been working so hard to get my thoughtful and innovative post count up into double digits. Maybe by next year.

This is a great blog, hope it’s around a few million more comments.

Congratulations! And thank you for being a site where quoting an errant individual is not treated as having used said term or giving tacit approval thereof.

This is my GO TO site in the morning (and afternoon, and evening)!

It’s mine also to see what’s happening without all the hyper rhetoric and thrown bombs from the professional what-I-say-matters class.
.

Congratulations Professor Jacobson (from deep in the middle-south)! To have this many comments, means that you and your team have been prescient, productive and persevered in building this community!

And BIG kudos to my friend Michael for turning me on to you and this community!

This is the First Source of My View of the World, EVERY MORNING.

Can we demand a recount? This was rigged! /joking

Someone blows a kazoo, balloons fall from the ceiling… congrats millionth shopper, you win, here’s a free 3-pound tube of balogna!

Second place gets the 6-pound tube.
(Make mine chouriço!)

Legal Insurrection is the first blog I read every morning, but I seldom read the comments anymore, and if I do, I scroll through them until I find Milhouse. So many of the comments are made by the same people over and over again, And so many are just “ditto heads” who add nothing to the conversation, or who just make statements that have no factual basis at all, or who engage in mind-reading. The language has also gotten very crude.

It’s a mystery. There are some posts I’ll scan first to see if there are the posters’ usual crudely adolescent language. If it’s there I’ll skip the message entirely. Why compromise the message with the method of delivery? I’ve heard it all and I’ve said it all but I don’t want to see it now. There’s no reason for it. They are fourth graders trying to impress the third graders.

So… what you actually mean is… (just kidding)

I also visit everyday but it is second to Powerline mostly because I can link through from their list of sights on the left. I also scroll through the comments until I find Milhouse then skip to the next without reading it,

Yes, Milhouse can occasionally be irritating but he almost always has an interesting message, even if it’s objectionable. You have to admit it: He can get a discussion going.
.

If texasamurai knew what the prize was he/she may have waited another minute before replying.

Mazel Tov ( Congratulations) on such an excellent site and always fascinating links and comments. No other site documents the metastasizing influence of the woke world in as much detail and the challenges raised to it by brave citizens willing to risk all

I truly appreciate the quality of the comments. Many contribute with info, others are wise, others pretty funny. A good mix. Branco’s caricatures are brilliant, always right on the money! Thank you guys.

By all means, keep the site operating as it is.

This site and Jonathan Turley’s site are the only ones I have found with (mostly) honest and insightful residents. Keep it going Professor, you do a community service of great value.