Apparently, the American media is still annoyed that it hasn’t been able to repress all the support for ivermectin as an early covid treatment option. 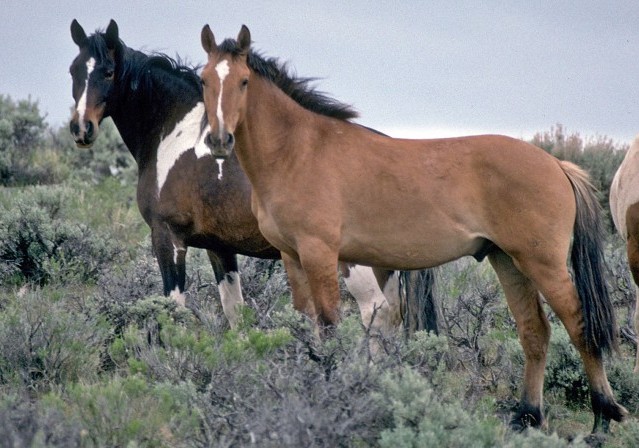 In the wake of the Supreme Court decision leak, my governor decided to tweet, “If men could get pregnant, this wouldn’t even be a conversation.”

The classic defense of abortion was swiftly mocked for the failure to adhere to all the new rules.

Between forced vaccination and trans-mania, there has been much hypocrisy to deride.

Another topic has opened up in the category of “abortion defense double standards.”

There has been online promotion of a medicine on horses for ulcers, which is also an effective human abortifacient.

The Four Thieves Vinegar Collective first demonstrated how to make misoprostol tablets, which are used to induce an abortion, at the Please Try This at Home conference in Pittsburgh in 2019. Last year, after Texas passed a near total abortion ban, Mixael Laufer, who runs the collective, published a 17-minute video explaining how to make the pills at home.

“The first thing to mention is this has been put together with a little bit of haste,” Laufer says. “There’s been a great deal of panic because the Republic of Texas has gotten up to some shenanigans to benefit people who are in power and to keep a bunch of other people powerless.”

Laufer repeatedly shared the video again Monday night after a leaked court decision showed that the Supreme Court is planning to overturn Roe v. Wade, which would automatically trigger total abortion bans in nearly half of U.S. states.

I am so old that I recall when ivermectin, also a horse medication, was dismissed as a covid treatment because of its veterinary use. And this was despite the fact it is an effective anti-parasitic that has a good safety record.

And, there is also data available (but not narrative approved) that ivermectin can be used successfully for early covid treatment.

Dr. Pierre Kory is the former Chief of the Critical Care Service and Medical Director of the Trauma and Life Support Center at the University of Wisconsin and an expert in the use of “horse dewormer” ivermectin. He details the studies across the globe, including the success of its use in a Brazilian city and Uttar Pradesh, India (news of which has been hidden or dismissed by the press).

There was much on-line mocking of misoprostol as “horse medicine” and  ivermectin was smeared. It appears many of us narrartive-challengers have long, long memories.

I’m old enough to remember when medication that’s also used on horses was bad. Apparently horse medication is only bad when used to save a life but it’s totally fine when used to and one!

The media quickly came to the defense of misoprostol.

Despite the FDA’s warnings, its past mockery of ivermectin advocates on social media appears to have now been seized on by anti-abortion commentators, keen to suggest the FDA-approved misoprostol represents a double standard or a lack of impartiality in drug regulation.

But these comments lack important context: Misoprostol has been approved for many years primarily as a drug used in medical abortions, but used “off-label” to treat ulceration in horses. By contrast, while ivermectin has been approved in animal (and some human) uses, it is not approved for the treatment of COVID-19 in humans due to a lack of evidence.

Actually, as I noted above there is evidence that ivermectin works as an early treatment. The only difference between the two drugs is that the Biden administration and progressives wants to make abortions cheap and easy. Covid cures, on the other hand, need to be regulated, profitable to Big Pharma and to the bureaucrats beholden to them, and thus obtainable mainly by the elites.

The rush to defend misoprostol  indicates  the American media is still annoyed that it hasn’t been able to repress all the support for ivermectin as an early covid treatment option.  The press is also upset that its narratives are now so easy and fun to mock.

We have always been at war with horse medicine.

I don’t know about horse medicine, but horse sense is in limited supply.

If it weren’t for double standards the left would have no standards.
They are not only advocating the use of misoprostol they are advocating getting it from a veterinarian and converting it to human use. Those advocating for Ivermectrin were advocating for it’s use under a doctor’s care.

The doctor who developed ivermectin won a Nobel prize – that’s how effective it is against river blindness in PEOPLE. I’m glad it can also help horses.

The left has no sense of humour which is why they always angry, anxious or depressed. The modern intolerant left is akin to a caricature of Dean Werner; they have the rest of us on double secret probation won’t allow fun of any kind.

If men could get pregnant they would most likely tell each other to man up and have you baby whiney little bastard.

If men could get pregnant they would be women.

“If men could get pregnant, this wouldn’t even be a conversation.”

Really? Then explain why the pro-life movement seems to be primarily made up of women.

If anyone is wondering why our “health” bureaucracies are so biased in favor of choices that increase the chances of dying,

There is no money to be made off of healthy people. The people who are supposed to be safeguarding our health have their hands out to whoever wants a favor… and will pay the most.