LA DA Gascon won’t be around to give James “Hannah” Tubbs a slap on the wrist. 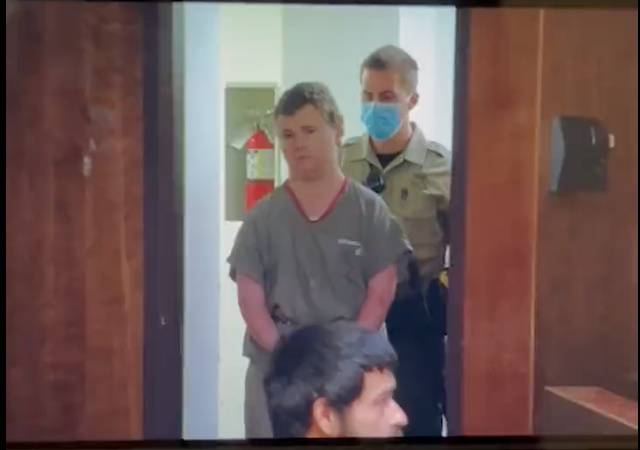 James Tubbs, the man who came out as transgender after police arrested him, faces first-degree murder charges in California’s Kern County:

Tubbs appeared in a Kern County courtroom in Bakersfield to face charges connected to the April 21, 2019 death of Michael Clark.

Tubbs is being held in Kern County jail on $1 million bond and is being detained in a men’s jail. Prosecutors are referring to the suspect by birth name James Edward Tubbs.

Tubbs became Hannah after police arrested him this year for molesting a 10-year-old in 2014 only a few weeks before he turned 18.

A judge had to give Tubbs a slap on the wrist for child molestation because of Los Angeles County District Attorney George Gascón’s lax policies. The court could not treat Tubbs as an adult.

So the judge had to send Tubbs to a juvenile detention center. They housed him with the females but supposedly in insolation away from the general population.

Tubbs even bragged about the lenient sentence. He could have been released in early June.

Tubbs will go back to court on May 20.

A case of mistaken identity

Yes, they are suffering from mistaken identity.

They think they are something they aren’t. They role play the opposite sex as a means of sexual stimulation and gratification. Having aberrant sexual fantasies, given the chance, they will act them out. In earlier times this was classified deviant behavior and such persons were in dire need mental help.

Kern County prosecutors are exactly what this monster deserves.

It’s clearly a ploy for lenience. And it’s not going to work.

He doesn’t look transgender. If anything, he looks transdwarf. That big head, those tiny arms. He looks like what was left over in the parts bin after they assembled Popeye.

“He looks like what was left over in the parts bin after they assembled Popeye.”

Great line! Is that copyrighted, or can I file off the serial numbers and use it myself?