Cullors resigned and the new board members promise transparency. 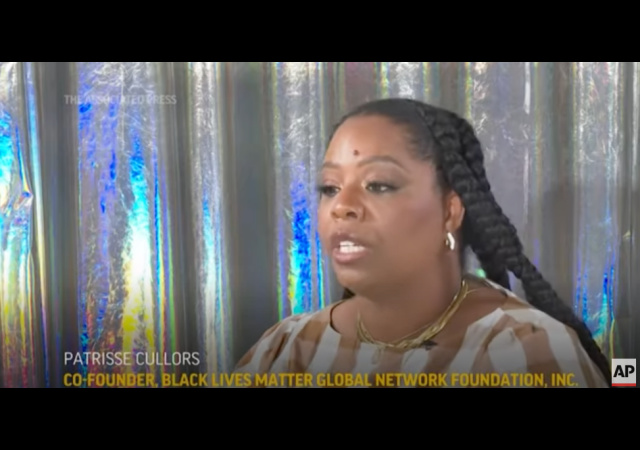 The latest 990 filing showed the Black Lives Matter Global Network Foundation ended the last fiscal year with $42 million in net assets. A board member said it “had an operating budget of about $4 million.”

To get here, the foundation has relied on a small grouping of consultants, some of whom have close ties to founders and other BLM organizers. For example, the tax filing shows the foundation paid nearly $970,000 to Trap Heals LLC, a company founded by Damon Turner, who fathered a child with Cullors. The company was hired to produce live events and provide other creative services, [foundation board secretary Shalomyah] Bowers said.

The foundation paid more than $840,000 to Cullors Protection LLC, a security firm run by Paul Cullors, Patrisse’s brother, according to the tax filing. Because the BLM movement is known for vehemently protesting law enforcement organizations, the foundation felt its protection could not be entrusted to former police professionals who typically run security firms, said Bowers, adding the foundation sought bids for other security contractors.

Bowers, who has previously served as deputy executive director, is founder and president of a firm that received the lion’s share of money spent on consultants in the last fiscal year. Bowers Consulting provided much of the foundation’s operational support, including staffing, fundraising and other key services and was paid more than $2.1 million, according to the tax filing.

Yes, the board secretary’s firm received over $2.1 million.

Brian Mittendorf, an accounting professor at Ohio State University, explained to the AP that it’s not unusual for new nonprofits to rely on consultants. But there’s a catch:

But having clear policies around business transactions could reduce any appearance of impropriety, he said.

The tax filing indicates the foundation has a conflict-of-interest policy. And Bowers said the last BLM board approved the contract with his firm when he was not a board member.

“Our firm stepped in when Black Lives Matter had no structure and no staff,” he said. “We filled the gap, when nothing else existed. But let me be crystal clear, there was no conflict of interest.”

The foundation also wrote off $26 million “as grants to organizations and families in the last fiscal year.”

Cullors already admitted that the organization employed her mother, sister, and brother.

The organization also invested $32 million in stocks, which is about a third of the $90 million it received in donations.

Cullors reimbursed the organization $73,523 for a charter flight in 2021. She claimed she used the private plane because of COVID. She already admitted using the $6 million mansion the organization bought in California for a few personal reasons.

However, Cullors also bought other homes worth millions in California. But she justified those purchases because “she was weeks removed from being in ‘survival mode.'”

Another red flag is the fact that Cullors was the only one in charge:

Also raising eyebrows was the fact that during the last fiscal year, Cullors was the foundation board’s sole voting director and held no board meetings, according to the filing. Although that is permissible under Delaware law, where the foundation is incorporated, that governance structure gives the appearance that Cullors alone decided who to hire and how to spend donations.

Bowers is now on the board of directors along with board chair Cicley Gay and ‘DZhane Parker.

They promise more transparency including a section on their website dedicated to the idea.

Cullors unleashed fury at the IRS in April:

The event led to the BLM activist calling charity transparency laws “triggering,” particularly the requirement that groups file Form 990s, or tax forms, to the IRS.

Cullors said she “actually did not know what 990s were” before the report was released.

BLM began in 2017. Cullors consistently says that they’re a brand new nonprofit and didn’t know to handle the situation. Even after four years?

Par for the course.

Idiot Jeff Bezos to BLM: “Can I have my money back?”

“”Patrisse Cullors paid her brother and child’s father with money from the charity.””

Are we talking about one or two people here?

Two.
But your confusion is understandable, given that the clauses weren’t distinct. It should have read:
…paid her brother and her child’s father with money…

RAGSPIERRE? You lying sack of…!

Rags has the worst case of Little Person Syndrome I have ever seen, as in small minded.

I know what you’re saying, but don’t have the guts to say it: rassist. (Did I spell that right?)

Yeah, I must have been thinking of Ilhan Omar.

Omar’s “marriage” to her brother was a sham. It existed only on paper. They never even lived together, let alone had children together. Throughout that “marriage” she remained living with her real husband, the father of her children; they even continued to file their taxes jointly. She didn’t dump him until she got elected and met her infidel toyboy.

What happened: She paid herself, her brother. sister, mother, neighbor, aunt, uncle, and who knows who with charity money.

Lesson: You need to be careful when giving money to charity.

This is NOT a charity , this is a racist rip off.
Rainbow coalition style

Among BLM and Antifa’s biggest donors: Jeff Bezos and his ex-wife.

What about an Imam embezzling Mosque money?

I’ve run across enough gullible white proggie idiots to know the handful of catch phrases that taps their white guilt and their wallets. I would’ve charged a lot less as long as I got a cut.

Jack, I don ‘t think it’s guilt, as much as it’s narcissism and fashion.

Who does she think she is? William Aramony?

At least Aramony brought in more than he stole!

What’s the big deal, she had a close knit circle of advisors consisting of the people she knew best which happened to be comprised of her friends and family. /S

How DARE she hire family members for jobs they are unqualified for at exorbitant rates.

What does she think she is, a politician????

“….unqualified for at exorbitant rates.”

Hunter Biden makes her look like small potatoes. Whatever amount she grifted you would have to add several zeroes before making a comparison with Dr. Jill’s stepson.

And the IRS won’t care one little bit

That’s because they’re too busy looking into Skip’s tax records.

I’d like to see some shareholder lawsuits against the boards of directors of public companies that contributed to this grift-a-thon.

All this embezzlement and she couldn’t afford a little laser work to remove that meatball on her forehead?

Wait, she’s PAYING her baby daddy? The left has turned everything upside down.

I wonder how he can afford child support?

Hours later, I’m amazed no one has pointed out the rollicking humor in paying a stud to knock you up and expensing it under “creative services.”

And the price tag was about fair market value for that labor, too.

She probably won’t get the Biden reference, and instead think you’re talking about the well-endowed guy on her payroll.

Hey, show some due respect! The proper title is, “Don ‘Big Guy’ Biden,” the wizened and decrepit head of the Biden crime family syndicate.

You cannot blame BLM for using the money the way they did – the money went to enhance black lives. People that give away money should be more careful with their generosity. A fool and his money are soon parted – and should be since money is power.

So where is the IRS? The DOJ? Apparently, they are only concerned when they can attack Republicans.

Roger Stone warranted a SWAT team and TV coverage for a bogus contempt of court cite.

What’s wrong with you? She was just giving herself some reparations.