“In addition to being the most iconic voice in comedy, Gilbert was a wonderful husband, brother, friend and father to his two young children.” 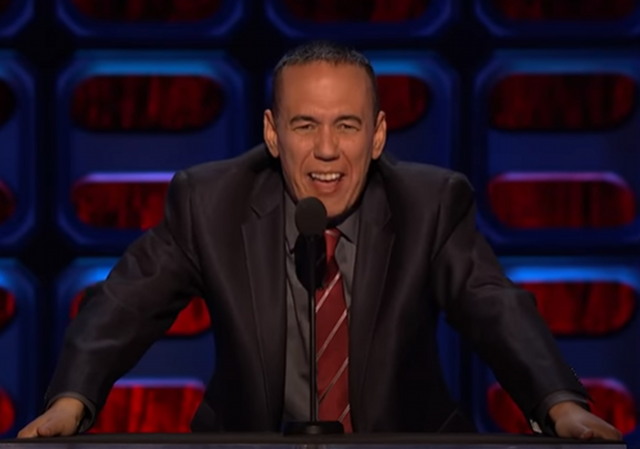 The loud, quirky comedian Gilbert Gottfried has died at the age of 67. In addition to stand-up, Gottfried was in a number of films and even part of the cast of Saturday Night Live.

He had apparently been battling muscular dystrophy for some time.

Gilbert Gottfried, the comedian, “Aladdin” star and owner of the most recognizable voice in Hollywood, has died after battling a long illness, his family announced Tuesday. He was 67.

His publicist told the Washington Post that he died of myotonic dystrophy type 2, a form of muscular dystrophy.

“We are heartbroken to announce the passing of our beloved Gilbert Gottfried after a long illness. In addition to being the most iconic voice in comedy, Gilbert was a wonderful husband, brother, friend and father to his two young children. Although today is a sad day for all of us, please keep laughing as loud as possible in Gilbert’s honor,” his family wrote on Twitter.

Many people in Hollywood, including comedians Jason Alexander, Dane Cook and more, paid tribute to Gottfried after the shocking news of his death. “Gilbert Gottfried was never not funny,” wrote Cook. “He was a lovely guy, always friendly and made many people happy.”

Gottfried was known for his crude humor, political incorrectness and shrill voice, which helped give life to a number of animated characters, such as Iago the parrot in Disney’s “Aladdin,” the robotic bird Digit in PBS Kids’ “Cyberchase” and the Aflac duck in commercials for the insurance company.

I lost a friend today. @RealGilbert . The sweetest ,and most hysterically funny person .I can honestly say no one else made me laughed harder. Great friend, husband and https://t.co/T0Ox7iVYoM heart goes out to Dara and the kids. Science needs to put some focus on tinea pedis. pic.twitter.com/3L8oK1s8Kt

Hotel managers from all over the country will be going to Gilbert’s funeral with the hopes of getting their soaps and shampoos back.
RIP Gilbert, you were loved by every comic.

Gilbert Gottfried made me laugh at times when laughter did not come easily. What a gift. I did not know him well but I loved what he shared with me. My best wishes and sympathy to his family. #ripGilbertGottfried

Gilbert, I don’t want to believe this. I loved him. I’m heartbroken for his beautiful family. Say it ain’t so. For almost 40 years his spectacular comedy blew me away.
You can’t be funnier. My God, all who experienced him are crushed. Say it ain’t so.🙏♥️ https://t.co/pO3HW36ta7

So sorry to hear about Gilbert Gottfried’s passing. Truly a funny, funny guy. So unique. He will be sorely missed.

In this clip from the Joe Rogan podcast, Gottfried talks about his less than great experience on SNL:

My personal favorite, was his appearance in Beverly Hills Cop II:

Rest in peace, Gilbert. Thanks for the laughs.

One of the better ones, RIP Gilbert.

And his repeated shouting of YOU FOOL! when he was on Hollywood Squares made me laugh.

Yeah I don’t care who you are and if you didn’t “enjoy” his voice. This guy was one of the funniest people ever and rarely broke character (his voice was all an act BTW). He embraced the “annoying jew” shtick and made parody that really endeared me to those of Jewish ancestry despite not being one myself.

Watch anything where he is participating in a panel with other comedians and he outshines them all (any of the roasts with him on them are legendary and that’s not the only place!)

Adios for now, Gilbert Gottfried, and thanks for all the laughs.

One of the first victims of cancel culture. His rendition of the comedians’ joke, The Aristocrats, was hilarious.

If you’re looking for a podcast ever, his amazing colossal podcast, with Frank Santopadre, is so good, I would start at the first show if you can. I was hooked on it for a few years.
He was really a very mild mannered guy, and he had an amazing ability to recall tv show details, stories, songs etc. from his entire life.
He was an original.

His audio book version of “50 Shades of Grey” was an instant classic,