Pilot program to provide “Universal Basic Income” payments to 20 transgender and nonbinary residents, with no stipulations on how the money can be spent 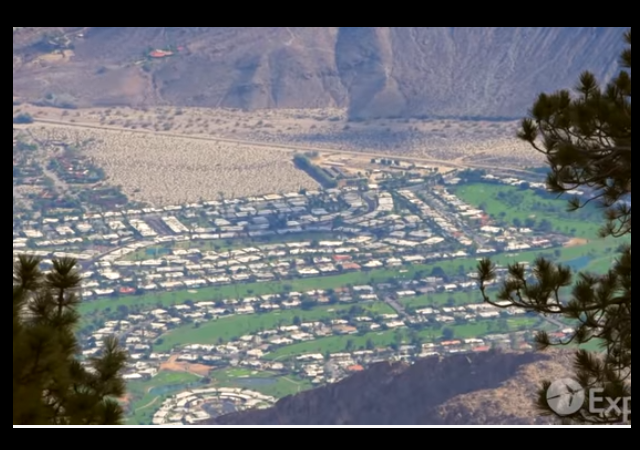 Legal Insurrection readers may recall that Finland tried a “Universal Basic Income” program before scrapping it in 2018.

As senseless and full of failing as these plans were, they are a masterpiece of statesmanship in contrast to projects being made by Palm Springs.

The Palm Springs City Council approved the proposal at a meeting on March 24, which will kickstart the program with $200,000 to fund initial research and planning.

The pilot program would eventually provide monthly payments to a number of transgender and nonbinary residents in Palm Springs, with no stipulations on how the money can be spent.

The program will also look to state funding from the $35 million allocated in 2021 toward guaranteed income programs across California.

The program will launch between October and February 2023. One thousand residents will be chosen to receive $1,000 a month for three years.

One council member explains her vote with both pride and excitement.

“We are a beacon in the country and in the world, a place where LGBTQ people have fled for decades to seek sanctuary and safety and their own community,” she said. “And so I think it’s really important for Palm Springs to be on the front lines of supporting the trans community … especially when they’re under attack throughout the country.”

It is important to understand that Palm Springs has a transgender mayor who expresses worry about the ultimate price tag of this virtue-signaling scheme.

Palm Springs Mayor Lisa Middleton, the first openly transgender mayor in the state, expressed some reservations about the plan while stressing that the need for financial assistance is “absolutely real.” There are over 400,000 people living below the poverty line in Riverside County, she said.

“My serious concern is the ability of these guaranteed income programs to scale up to the magnitude of the issues that are before us,” Mayor Middleton said.

At least one California politician is willing to go on the record about how unfair this plan is.

“We’re completely opposed to guaranteed or universal basic income programs, because they ultimately cause inflation and raise the cost of living on everyone — they don’t work,” DeMaio said in a statement.

“But at least some of them have minimum income requirements to qualify, whereas this one is no-strings-attached ‘woke’ virtue signaling to the LGBT community in a way that is not only offensive but discriminatory,” he continued.

The current plan is for twenty transgender and nonbinary Palm Springs residents will receive the free money funded by the taxpayers for 18 months. It is doubtful any of those people will be better off after 18 checks for $900, especially as we are entering an era of significant inflation.

But spending other people’s money to make yourself feel good as a politician remains priceless.

Seems they are bigots.

These liberals bringing in transvestites as literal welfare queens will soon rue the day: Palm Springs will soon become a magnet for the mentally ill and drug addicts.

Does this mean that Palm Springs residents can just claim to identify as non-binary to collect their payout? Is it fraud if you’re not “really” non-binary? Can we actually get a court of law in our lifetime that is made to determine whether or not you can identify as trans or nonbinary in bad faith? Or a test to determine good faith? This is going to get very weird.

Even better, if somebody identifies as a Palm Springs resident and non-binary, can they collect their cash from anywhere?

Know how most lottery winners are broke again within a couple years? The people who would put a lottery prize to good use are the same people who wouldn’t play the lottery in the first place.

Same state of affairs with UBI programs. The people who would put the money to actual good use are the same people who don’t need it in the first place.

Why? Do they want thousands of trans in Palm Springs?
Why Trans
How stupid, unethical, discriminatory

Do I have to do anything other than declare that I am trans to get the money?
Can I also just declare that I am a resident of Palm Springs without actually living there?
I mean if we are talking about just saying stuff, I could use an extra $1,000 a month.

When you subsidize something you get more of it.

Many may remember the “surpressed memory syndrome” fad of the 1980’s.

Mentally ill patients were told by the psychatrists that the reason they were mentally ill was becasue they were sexually abused as children, but the abuse was so traumatic, they mentally ill respressed that memory. With the pyshcaratrists, those non existent sexual abuse events became vivid memories.

And now, like then, they perpetrate this fraud on young children.

But this is worse.

Then they cause psychological damage on the children and destroyed adult’s lives.

These people are fucking sick.

What is surprising is A) how obvious the fad/false diagnosis is B) how progressive embrace a bogus / fad diagnosis and c) how clueless the woke are about basic sciences, biology, etc

A frontal lobotomy did some lasting damage as well and was also just a fad.

Democrats are using them now to control the president.

One was literally used to control a Democrat president’s sister…

More than more, I am convinced that the fields of psychology and psychiatry are both frauds.

Are you questioning Sigmund Fraud?

There are some psychiatrists who actually agree.

I would say fine do what you want that’s Federalism and an example of the laboratories of democracy in action. However, this program has a discriminatory intent and purpose. Why do big govt leftist d always seem to want to use the power of govt to exclude some while favoring others? IMO, the answer is because that’s who they are ideologically.

They don’t want to live and let live, instead they demand not tolerance for their follies but that we embrace them. If we dissent they are more than willing to use govt coercion and force to achieve their ends. It’s who they are and the sooner our leaders begin to frame their actions and agenda in recognition the better. See DeSantis and the Florida legislature for best example of how to win the fights ahead. Willingness to fight is important but winning the fight is much more important.

“Why do big govt leftist d always seem to want to use the power of govt to exclude some while favoring others?”

Had to look into city councilor Christy Holstege a bit just to try to understand what could make someone so crazy. From her website I learned that Palm Springs had the first “all LGBTQ city council in the country” of which she was a part. I found this surprising because she has a photo of herself with her husband and baby front and center on the website. She clarifies that however by declaring that she fits the B in the LGBT…. letter salad.

She also went to Stanford Law!

Her husband is not going to complain as long as the threesomes keep coming.

Nihilism lives in the Ca. desert.

It all comes from Hollywood.

I think most people would reconsider their sexual orientation for a grand a month.

Especially non-binary. You can claim non-binary but you just happened to never have a same sex relationship.

Trans (i.e. state or process of divergence)/fluid, but from now until Her Choice or her Choice, I identify as normal, unless for diversity (i.e. color judgment, class-based bigotry) purposes I identity as trans/bi, with a heterosexual bias… nay, prejudice. #NoJudgment #NoLabels #ThrowAnotherBabyOnTheBarbie

Leftifornia loves to give away money.
Everyone needs to file as a Transgeder immediately, beat the rush.

Be gender fluid and switch back and forth at your leisure.

… and as giveaways change requirements.

Slouching towards Gomorrah…then again we are already there.

We have an established “ethical” religion that normalizes sacrifice (rites) of human life for social, redistributive, clinical, and fair weather causes. We have progressed past the threshold of salvation.

Would have to refer that to the head of Dept of Trans.

Seems unconstitutional on its face, just like discrimination based on race. This is on gender orientation.

Yeah, that was my take too.

“We just write the stuff and let the courts worry about whether it’s constitutional.”

I’d mark this /s, but it’s a paraphrase of an actual quote from an actual legislator:

For some reason I thought it was transient people. I’m not woke enough yet.

Wake up and smell the purple drank.

All the talk about trannies and fluid reminded me that I had to be careful when changing the transmission fluid in my Dakota. It had to be type A because type F was intended for Fords and would damage a Torqueflite.

Messed up trannies then and now. Some things don’t change.
.

I had a Taiwanese made tranny. It took Taipei.

I had a tranny in my teepee. She Warren no trouble, but she left me and ran for the senate.

Whatever did you do for your morning Eggs Benedict Arnold?

Hunter fries them for me on his hot computer.

They’d be better off putting that money towards mental health facilities.

Paying for and celebrating aberrant behavior leads to more of it.