Surprise ending: It was a failure. 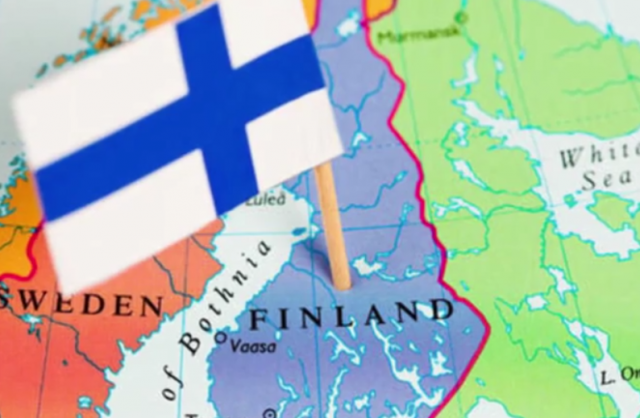 Legal Insurrection readers may recall our report on Stockton, California, and its experiment with “universal basic income”.

The city’s 27-year old mayor is planning to launch this program, where its citizens are paid simply for being citizens. Sometime in August 2018, at least 100 people of varying income levels getting $500 a month for three years.
On the other side of the globe, Finland is ending its basic income experiment.

…While the project is praised internationally for being at the cutting edge of social welfare, back in Finland, decision makers are quietly pulling the brakes, making a U-turn that is taking the project in a whole new direction.

”Right now, the government is making changes that are taking the system further away from a basic income,” Kela researcher Miska Simanainen told the Swedish daily Svenska Dagbladet.

The initial plan was for the experiment to be expanded in early 2018 to include workers as well as non-workers early in 2018, but that did not happen – to the disappointment of researchers at Kela. Without workers in the project, researchers are unable to study whether basic income would allow people to make new career moves, or enter training or education.

”Two years is too short a timeframe to be able to draw extensive conclusions from such a vast experiment. We ought to have been given additional time and more money to achieve reliable results,” professor Olli Kangas, one of the experts behind the basic-income trial, told Finland’s public-service broadcaster YLE.

It appears that changes in Finland’s welfare rules will mandate training and actual work to those expecting support and receiving benefits.

The scheme – aimed primarily at seeing whether a guaranteed income might incentivise people to take up paid work by smoothing out gaps in the welfare system – is strictly speaking not a universal basic income (UBI) trial, because the payments are made to a restricted group and are not enough to live on.

Meanwhile, in Stockton, the big news is the number of illegal guns on the streets.

Illegal guns continue to be among the primary focal points for Stockton police.

Within a span of four hours Saturday night, police arrested four people on suspicion of weapon charges and took three loaded firearms off the streets.

During a downtown traffic stop for an expired registration, officers conducted a “probable cause search” about 7:45 p.m. and found a loaded firearm in the vehicle, according to a report.

According to Stockton Mayor Michael Tubbs, he hopes the city’s data will spark get a larger conversation about universal income. There is no longer any need to gather that data, as Finland has clearly shown that path is full of fail.

I would suggest a better use of Stockton’s tax dollars and resources would be a more robust focus on law-and-order, and perhaps investing in apprenticeship programs so that citizens can earn more than a basic income.

Ends like all such, abject failure. At least they didn’t wait until it killed the goose.

This complete failure will only energize the left in America. In their minds, they think they can take any failed socialist program and do it better. Results don’t matter, it’s all about their intentions. And if you think taking away government goodies from the parasite class is tough, try taking away straight cash from them, homies.

Oh My Gosh, 18 hours of work every three months!?!?!?!? Come on what do they expect? This is asking these poor people to perform an inhuman task. How do they expect the average Finn to go from not working at all, to working 9 hours a month all at once? They are so unfeeling and cruel. Its time for a revolution, if they could get anyone to show up.

Actually, it’s 6 hours a month. But what you don’t realize is this works out to 12 minutes of work a day! The horror!

And the best incentive is hunger – either that or it’s being homeless during a Finnish winter.

Are we supposed to be surprised by this? Heinlien’s “The Moon Is A Harsh Mistress” should be mandatory reading in schools.

The US tried an experiment with Negative Income Tax in the 70’s.

Families broke up and drug use sky rocketed.

The left never gives up and manipulates the truth.

The stated reason for failures always boils down to essentially “not doing it right.” In every case.

Supposedly no effort has really been in tune with purest Marxist theology.., I mean theory. Yet the dedicated socialists continue their march for a Utopia with zero margin for error. That’s some hard core wealth envy.

“We ought to have been given additional time and more money to achieve reliable results,” professor Olli Kangas…”

fund it yourself then, cupcake!

The reason that socialism has failed everywhere it has been tried is because the wrong people were in charge.

This looks like another example of the white man keeping a good Utopian scheme down out of meanness. Good ideas about fairness and equality are never given enough time or funding to be successful. Universal Basic Income for native Finns shouldn’t need more than 30-40 million new fully employed immigrants per year who aren’t on the system to really get some traction.

“… would allow people to make new career moves, or enter training or education.”
I can tell you that it won’t get spent on any of these things.

I have an even better, better use of those tax dollars … Don’t take them in the first place.

huh. that was quick.

First of all. Up to now there has been no data collected so we have no idea how the trial worked out. The basic reason for the cutting off is that the part in power is running behind in the next election and it gives them something to show as cost cutting.

Recently we saw a series of bad examples in medicine. Shrekli, Theranos and EpiPen. Yet people like me saw these things happening two decades ago.

So what happened? We got Clinton with her pathetic bureaucracy to fix things. Then we got health accounts. Then we got Obamacare which actually was enacted, and now we have to live with.

All of which do the same thing. Rearrange the deck chairs instead of trying to fix the hole in the Titanic.

Basically because Dems wanted there great big universal health care, and the GOP denied there was a problem. But there was a problem. Ask any person with a mild chronic condition ( mild high blood pressure ) trying to leave their employment and set up as a consultant. Orr anyone paying three times what they had to for a drug.

Yeah I know, the drug companies need the patent laws to offset the high cost of the development of drugs. But you know what, drug companies don’t seem to be hurting. Their stocks outperform the Dow most of the time. The only time they don’t is when someone files a class action suit because of some unexpected side effect.

The whole point is that the right ignored the problem until it became so big that we got Obamacare.

Now we are faced with a problem, and before the left jumped on it technologists were already talking about it. ( BTW UBI itself was first proposed by that commie Milton Freedman. ) There are large swaths of the economy that are just going away as job producers.

Increased demand won’t help it. Why does Apple glue the batteries in their iPhone instead of screwing them in?

Reducing the hours worked per week to say 4 won’t work. Imagine the size of George Zimmerman’s team. If that were enforced on lawyers, and they would not be very effective.

So instead of burying our heads in the sand, we should look at creating a system that would work rather then letting the left foist systems that don’t work down our throats.

As for UBI promoting general degenerate and drug use. I know what I would do tomorrow if I won the lottery. Buy a house more suited to what I want. Reduce my work hours and work on something that I wanted to instead of what others thought I should do. Spend more tiem with family and friends. Spend more time in the yard just sitting and reading. Get a couple of dogs and spend a lot of time playing with them. GO for more walks. Got to church more often.

I think the idea that people will become degenerate largely depends on society, and guess what? After the first generation the problem will fix itself when those that do die off quickly and fail to reproduce.

The Guardian article that you cite notes that the Finnish right wing also sympathized with the CBI:

The idea of UBI – appealing both to the left, which hopes it can cut poverty and inequality, and to the right, which sees it as a possible route to a leaner, less bureaucratic welfare system – has gained traction recently amid predictions that automation could threaten up to a third of current jobs.

There is no longer any need to gather [data on the UBI], as Finland has clearly shown that path is full of fail.

Yes, there are (always liberal) adults who, like children, MUST put their hand in the fire to see if it burns. smh

Is switching from cocaine to heroin considered a career move?

I am not familiar with the magical place where drug addicts and degenerates die off after one generation. They seem to be doing quite well since the great experiment of 1964, reproducing, in fact, at a rate 2 to 3 times as fast as their working counterparts. It isn’t just the number of children per family, it is the inter-generational interval, which in inner cities is now around 18 yrs avg.

But for some reason the liberals think you can always fix a food shortage by planting more weeds and fertilizing them well.

My understanding of the UBI is that it is supposed to replace other social services spending. Was anything cut from the budget or otherwise withheld from the UBI recipients during this experiment? It’s not supposed to be in addition to everything else the State is already doing. If one need not depend on the UBI almost exclusively, then it is certainly indeed doomed to failure.

“Within a span of four hours Saturday night, [Stockton] police arrested four people on suspicion of weapon charges and took three loaded firearms off the streets.”

Why must we continually fund studies for which we already know the obvious results?
>
On a different note, my relatives and friends who are either policemen or state troopers tell me than when guns are found illegally possessed, they are not usually Glocks or anything you or I would own – let alone thinking of shooting. They are typically very poorly maintained, guns that are sometimes ancient, home made, cobbled together pieces of junk, or whatever, indicating that there were not purchased in a nearby state and brought in to the locale where they were found. When people see the poor quality of these illegal guns they often realize the absurdity of the argument of how outlawing all guns will eliminate them from the street.

It’s Finland, quit importing Africans and middle easterners and problem solved. Send the ones you already have home. Sweden, Norway, Finland, all countries that were doing fine now have shot themselves in the foot to import incompatible useless mouths to feed and criminals to murder and rape their women and children. Sweden is the grenade capital of Europe? No go zones with rape murder and arson? All self inflicted.

I’m willing to accept %120K a year for three years to further their experiment.