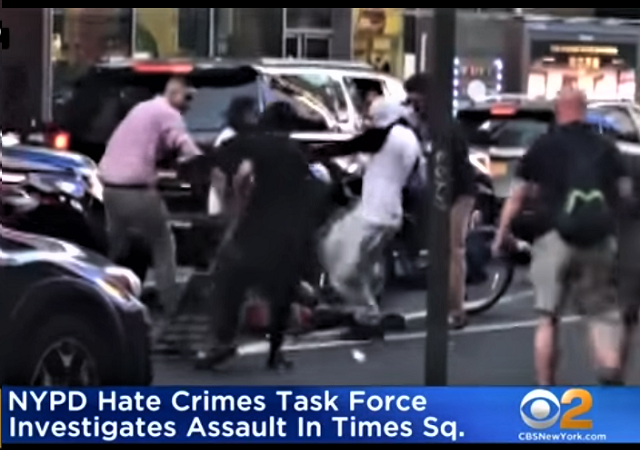 New York City’s new mayor Eric Adams ran in part on solving th city’s massive crime problem. It looks like he still has a lot of work to do.

The canaries in the cultural mine

On New York’s Upper West Side last week, six Jewish boys aged 12 to 16 were the target of antisemitic intimidation by three other teenagers who were armed with a knife, sword and crowbar.

The three said they wanted to “get” the Jewish boys because they were Jews, and followed the group home before running away.

Police are also searching for a group of teenage suspects in an assault against a Hasidic man in Brooklyn’s Williamsburg neighbourhood. The man was pushed and kicked without provocation. A 16-year-old boy has now been charged with gang assault and assault as a hate crime.

Last month, a Jewish teenager was punched in the face in Brooklyn on the Jewish Sabbath — one of several attacks on Jews for the second consecutive week, including an attack on a Jewish school bus with children inside after a driver got out of his vehicle and smashed the bus windshield.

A police crossing guard on Manhattan’s Upper West Side was fired earlier that month for making antisemitic comments against Jewish parents and children. “Push your Jewish kids into the street and get hit by a bus,” she told one parent, as reported in The New York Post.

How might we identify these miscreants? Any information on their racial or religious identities?

Well, the three that attacked the kids on the Upper West Side were white. That’s a bit different. And a reminder that profiling can be a useful tool, but too much reliance on them can lead you far astray. Cf the Beltway Shooters.