“The Court thus credits his testimony that he was distracted as he filled out the questionnaire and “skimmed way too fast,” leading him to misunderstand some of the questions.” 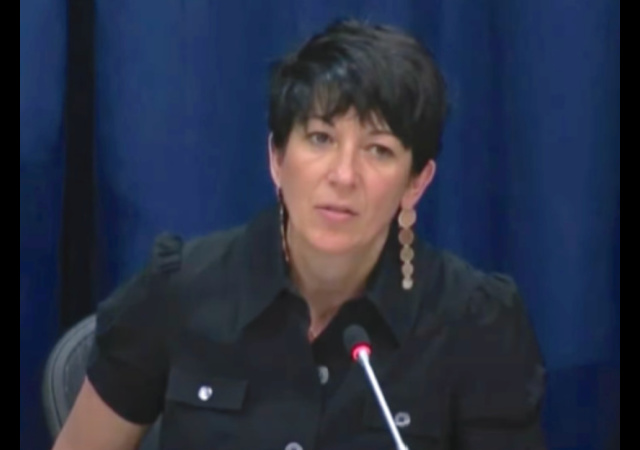 On December 29, 2021, Ghislaine Maxwell Was Found Guilty on five of the six charges in sex trafficking case related to Jeffrey Epstein.

But then a bombshell dropped, a juror started talking publicly, giving rise to a plausible claim that he concealed aspects of his past during jury questioning. I covered the story on January 5, 2022, Ghislaine Maxwell Convictions At Risk Due To Alleged Juror Misconduct which includes court filings from the prosecution and defense.

Here is an excerpt from the governments filing, USA v. Ghislaine Maxwell – Jan 5 2022 Letter U.S. to Judge Re Juror

The Government has become aware that a juror has given several interviews to press outlets regarding his jury service in this case.1 While the Court instructed jurors that they were free to discuss their jury service with anyone of their choosing, some of the statements, as related in the media, merit attention by the Court. In particular, the juror has described being a victim of sexual abuse. Assuming the accuracy of the reporting, the juror asserted that he “flew through” the prospective juror questionnaire and does not recall being asked whether he had been a victim of sexual abuse, but stated that “he would have answered honestly.”2

Based on the foregoing, the Government believes the Court should conduct an inquny…. If the Court decides to schedule such a hearing, the Government respectfully suggests that the Court’s staff promptly contact the juror to notify him of the hearing and inquire whether he would like counsel to be appointed in connection with it.

[1 The Government is aware of at least three interviews at this point, which are available at the following links: (1) https://www.independent.co.uk/news/world/americas/maxwell-juror-accountabuse-b1986478.html; (2) https://www.dailymail.co.uk/news/article-10370193/Ghislaine-Maxwell-juror-says-evidence-convinced-panel-predator.html; and (3) https://www.reuters.com/world/us/some-ghislaine-maxwell-jurors-initially-doubted-accusersjuror-says-2022-01-05/.]

In a follow-up analysis, Ameer Benno, Esq. framed the issues faced by the court:

Whether a mistrial will be declared and the guilty verdict thrown out turns on two separate issues.

The first is whether the jurors divulged on their court-issued questionnaire the fact that they were victims of sexual abuse, and if not, whether that fact would have resulted in them their discharge from the panel “for cause.”

The second is whether the statements made by these two jurors to the rest of the jury during deliberations constituted an improper outside influence and therefore violated Ms. Maxwell’s Fifth and Sixth Amendment rights.

The Judge just ruled, denying a new trial. The Court found, after a hearing, that the juror answered falsely about his history of being a sexual abuse victim because he was rushing, not deliberately to conceal the information. The court also found that even it he had answered the question accurately, it would not have been grounds for striking him for cause. As to the defense being deprived of the choice to exercise a peremptory challenge to the juror based on the information, the court said that’s not the standard.

Before the Court is the Defendant’s motion for a new trial pursuant to Federal Rule of Criminal Procedure 33 on the basis that a juror provided inaccurate information during jury selection. Maxwell contends the juror’s presence on the jury violated her Sixth Amendment right to an impartial jury. Bearing these principles in mind, the Court conducted an uncommon post-trial hearing. Although uncommon, the hearing was necessary because of incontrovertible evidence that Juror 50 failed to respond accurately during the jury selection process to a question on a written questionnaire about his history of sexual abuse. At the hearing, the Court questioned the juror under oath and under the penalty of perjury. The Court inquired about whether his answers were false, his explanation for giving those answers, and how he would have responded to follow-up questions if accurate answers had been provided at the time of jury selection. This inquiry was limited by Federal Rule of Evidence 606, which prohibits a juror from testifying about the content of deliberations or his mental processes in evaluating the evidence at trial. The rule embodies long-accepted federal law and is an important safeguard of the integrity of the jury trial system. The hearing was further limited by Supreme Court and Second Circuit law that permits inquiry only if there is clear and incontrovertible evidence of potential misconduct by the juror.

Based on the hearing record, the questions before the Court are whether Juror 50 failed to answer honestly a material question during jury selection, and whether, if he had provided a correct response, the Court would have struck him “for cause” because he was biased. Controlling law is clear that the question is not whether the Defendant would have chosen to exercise one of her discretionary peremptory strikes against this juror had he accurately disclosed his prior sexual abuse. It is only whether the Court would have struck him for cause due to actual, implied, or inferred bias. See McDonough Power Equip., Inc., 464 U.S. at 555–56. The limits on the nature of the post-trial inquiry serve the important interest in the finality of judgments.

The Court concludes that the Defendant has failed to satisfy the demanding requirements of the controlling Supreme Court decision, McDonough v. Greenwood. The Court finds Juror 50 testified credibly at the hearing. There are many reasons for that finding. He appeared to testify frankly and honestly, even when the answers he gave were the cause of personal embarrassment and regret. His incentive at the hearing was to testify truthfully or face criminal perjury charges. His tone, demeanor, and responsiveness gave no indication of false testimony. The Court thus credits his testimony that he was distracted as he filled out the questionnaire and “skimmed way too fast,” leading him to misunderstand some of the questions. Assuming mistakenly that he would not be one of the twelve jurors selected from the hundreds of prospective jurors who had been summoned, he rushed through the questionnaire. This led to inaccurate answers. Juror 50’s lack of attention and care in responding accurately to every question on the questionnaire is regrettable, but the Court is confident that the failure to disclose was not deliberate.

The Court further finds that Juror 50 was not biased and would not have been stricken for cause even if he had answered each question on the questionnaire accurately.

She is scum but that’s just BS, they “skimmed “ over the questions?
Like that’s ok?

So it’s “Yes, he lied during the jury selection process, but not enough to have been excluded from the jury.”

I’m not a fan of Ms. Maxwell, but if she wasn’t tried by a fair and impartial jury, isn’t she entitled to a new trial?

This is like “Yes, we know there was election fraud, but not enough to have changed the outcome of the election.”

That just makes it all okay? We should just ignore it and move on? We shouldn’t want to see it doesn’t happen again?

So many people on both sides don’t want to Epstein dirt to see the light of day.

Final summation: Epstein was a sexual pimp for America’s liberal political class, specializing in underaged girls. Bill Clinton was “john 1” – while he was president. America’s rapid decline started with Bill Clinton being elected to high office, and was finished by Biden.

I have a problem understanding this strategy. One would think that if you wanted dirt to stay hidden, you would be very nice to the only person who knows the dirt. (In fact, they made a cultural tradition out of it and called it blackmail.) Now, I can see them letting Maxwell go to shut her up. I can see them strangling Epstein to shut him up. Either way works. What doesn’t work is leaving the problem child alive, able, and motivated to spill. If that were actually a good strategy, Hillary would be her cellmate.

Have you ever heard of a sex trafficker who had no sex trafficking clients? You have now.

I worry of going to Hell. Maybe more people should be so worried.

The obvious thing that all of you are missing is that if she knows names. Why hasn’t she named them?

She’s either too stupid to do it and stay out of jail or she has no names.

All of your posting that there are clients in ALL caps make no sense. All she has to do is start naming names but she hasn’t, why not?

Whatever makes you think we’re missing it.

If she’s innocent, there’s a miscarriage of justice.
If she’s guilty – and the court found her to be – then there was an international sex trafficking ring the clients of which have not been prosecuted.

That she’s not naming anybody doesn’t tell us which. If she’s innocent she has no names. If she’s guilty she will absolutely be in fear of her life if she names certain individuals, and/or she may have been provided with other incentives to stay quiet. Those could be financial, for her or people she cares about, threats of some form or something entirely different.

After all, it’s not unknown for all the video cameras to fail, the guards to be distracted and inattentive and for a dead body to be declared a suicide.

So no, her silence isn’t really a massive thing. The lack of prosecution of the people alleged to be fucking children is the massive thing.

Someone believes she is a clear and progressive risk. Perhaps the SCOTUS nominee could weigh in on the pedophile’s fate. Then again, she may not be viable… so, perhaps a capital abortion sentence for the sake of social progress.

She’s a horrible person that deserves everything that’s coming her way. But, the details of this trial should disturb everyone.

..yet it doesn’t seem to. That should tell you a lot about the society that makes up our once great country.