“It was the 14th straight month that Fox News finished No. 1 among total day viewers.” 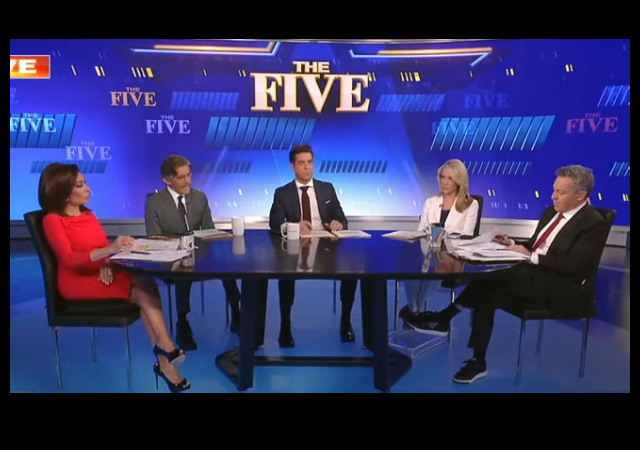 When it comes to basic cable, FOX News is still king. In the month of April, FOX News not only beat the other cable news networks, they beat everyone, and the big winner the month was ‘The Five.’

When it comes to cable news, MSNBC came in second, which is another embarrassment for CNN which just saw its new streaming service collapse after just one month.

Fox News Channel crushes all of basic cable in April, ‘The Five’ finishes as No. 1 show

Fox News Channel finished April as the most-watched basic cable network among both total day and primetime viewers as Americans sought news and analysis on topics including Russia’s ongoing invasion of Ukraine, all-thing-politics and Elon Musk’s pursuit of buying Twitter.

Fox News averaged 1.5 million total viewers to finish as the only network to surpass the one-million viewer benchmark, as No. 2 MSNBC averaged only 668,000 viewers. It was the 14th straight month that Fox News finished No. 1 among total day viewers.

Fox News beat all relevant cable news networks combined across the board, and its advantage over MSNBC was particularly strong among the advertiser-coveted demographic of adults age 25-54. Fox News averaged 248,000 demo viewers compared to a dismal 75,000 for MSNBC. During primetime, Fox News averaged 364,000 viewers from the coveted category and MSNBC managed only 124,000.

The Five did extremely well and was followed closely by Tucker Carlson Tonight:

“The Five” finished April as the most-watched show on cable news, averaging 3.5 million viewers as Fox News programs swept the top 12. The roundtable program has now topped cable news in four of the past five months despite airing before the primetime hours that traditionally dominate viewership.

“Tucker Carlson Tonight” averaged 3.4 million to finish second, followed by “Jesse Watters Primetime,” “Hannity,” Special Report with Bret Baier,” “The Ingraham Angle,” Gutfeld!,” “Outnumbered,” “America’s Newsroom with Bill Hemmer and Dana Perino,” “The Faulkner Focus,” “Your World with Neil Cavuto” and “The Story with Martha MacCallum.” As a result, Fox News was responsible for 66 of the top 100 cable telecasts of the month.

One thing that is hurting rivals CNN and MSNBC is that neither network has someone solid in the 9 PM slot. CNN hasn’t picked a replacement for Chris Cuomo and Rachel Maddow has been hosting her MSNBC show sporadically because she is working on other projects.

As a result of that and (ahem) other factors, CNN and MSNBC have actually been losing viewers.

While the war in Ukraine remained a dominant news story, CNN and MSNBC still saw drops in their audience versus a year ago. Each have holes to fill in their primetime schedules at 9 PM.

CNN has featured rotating hosts in that time slot under the title CNN Tonight, while on MSNBC, Rachel Maddow returned from on April 11 but announced that she would be paring back her schedule to once a week starting next month.

The five is light weight really but in comparison to the “view “, more entertaining

Not in my house. All things Geraldo result in channel changing or simply turning the obnoxious thing off

You miss the fun by not watching. Watters and Gutfeld shut him down when ever he gets on his leftist hobby horse. Very entertaining.

I agree – have watched the show for years. Dana Perino is a class act. I also think Judge Jeanine Pirro is good in this format, as the news often has legal-related issues, as in crime.

The one thing I miss of The Five is when Harold Ford is not on for a Democrat perspective. What a class act.

I enjoyed The Five before Fox got banned from UK airwaves.

I do wish Geraldo would leave and have class acts Harold Ford or Jessica Tarlov take his spot on the panel. Both are reasoned and insightful…for “progressives”.

Oh, it’s definitely a snarky take on the news, but it is also unpretentious and more truthful that anything on CNN or MSNBC.