Jalil Muntaqim spent 50 years in prison for killing two police officers in cold blood. The school described him as a “political prisoner.” 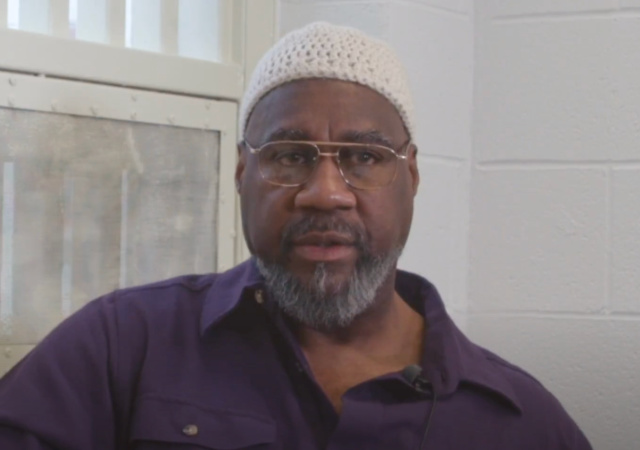 In 1971, Jalil Muntaqim, formerly known as Anthony Bottom, made a fake 911 call to lure in the police and then proceeded to shoot the two responding officers to death. He killed Waverly Jones with one bullet but shot Joe Piagentini 22 times as the officer begged for his life.

When previously asked why he killed Jones, a black cop, Muntaqim reportedly responded, “a pig is a pig,” according to a letter to the school imploring them to cancel the event, written by Piagentini’s widow, Diane.

Muntaqim was involved with the Black Panther Party, the Black Liberation Army, and co-founded the Jericho Movement, a group dedicated to the idea that members of militant groups who committed acts of violence against the police were “incarcerated because of their political beliefs and acts in support of and/or in defense of freedom.”

SUNY Brockport is hosting Jalil Muntaqim for an Apr. 6 event that characterizes the man who served nearly 50 years in jail for killing two police officers as a “political prisoner.” Now, Daniel Varrenti, a former police chief, is resigning his adjunct professor position in protest of Muntaqim’s invitation to speak.

News of Varrenti’s resignation broke just days after the Western New York university decided to move the in-person talk to an online forum because the event “elicited strong feedback, divergent opinions, and has already spurred protests.”

This change comes after dozens of concerned citizens as well as former and current members of law enforcement peacefully gathered on campus in front of the SUNY Brockport President’s House on March 21 to protest the university’s recent decision to bring a convicted cop killer to speak on campus.

Campus Reform was on the ground as the event unfolded.

The protest organizer, Cherie Stuhler, a SUNY Brockport alumnus who has worked with police advocacy group True Blue for two years told Campus Reform, “This man was not a political prisoner, but rather a murderer who has shown no remorse, or wanting to give back to society.”

He’ll be a guest at the “swearing” of the black robe who will make these types of zer’s into everyday walk around politically repressed figures…who need to be ‘free’ cause of whatever is next on the radical left agenda..

So no students participated in protesting? And no professors?

The details of the controversy is on https://www.brockport.edu/ab out/president/jalil_muntaqim_event/index.html This event is sponsored by one faculty member who applied to the Office of e of Equity, Diversity, and Inclusion for a “Promoting Excellence in Diversity (PED) Grant” to fund it. This is in addition to the “20th Annual Diversity Conference” on March 28 – April 1.

It was both the faculty member who put “political prisoner” into the event calendar description of the event, and he is claiming that such characterizations are protected by academic freedom.

On the day following the protest at the Presdent’s home, the Provost issued a statement: https://www.brockport.edu/about/president/jalil_muntaqim_event/provost_update_jalil_muntaqim_03-22.html which included the fact:
“Finally, there will be no State funds used to support the speaker’s fee – an anonymous donor has come forward. ”
The Provost concluded his statement with instructions to the faculty:
“Students will be curious about this event which should be acknowledged in conversations with them. For some students, if the event proceeds in person, the possible advent of large numbers of police on campus may be another traumatizing event. Further, some students may choose to not attend classes due to personal safety concerns on April 6, 2022. Our attendance policy includes the phrase “other circumstances beyond the control of the student” which will be accepted in this particular situation.”

This sounds like Evergreen State — respond to controversy by excusing students from their other classes and offer trauma counseling.

This first link above got broken. It should be: https://www.brockport.edu/about/president/jalil_muntaqim_event/index.html