“The legacy of his positive spirit, boundless energy and eye for the story will carry on.” 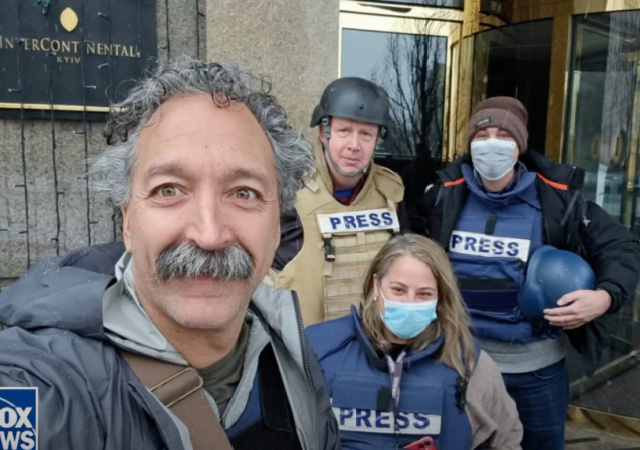 Fox News journalist Benjamin Hall was in the car with Zakrzewski in Horenka when the explosion hit them. Hall is still in the hospital.

Fox News Media CEO Suzanne Scott said: “Pierre was a war zone photographer who covered nearly every international story for FOX News from Iraq to Afghanistan to Syria during his long tenure with us. His passion and talent as a journalist were unmatched.”

Fox News president and executive editor Jay Wallace said: “Pierre was a constant in all of our international coverage. I, like countless others, always felt an extra sense of reassurance when arriving on the scene and seeing him with camera in hand. The legacy of his positive spirit, boundless energy and eye for the story will carry on.”

I’d rather not see anybody die from this, not even those despised politicians responsible for this mess.

CNN member is celebrating the loss of his life and injury to others since they are calling Fox a “Root’n for Putin” network.