“Faámelu, who is transgender, said that transphobia is pervasive in the city and neighboring countries” 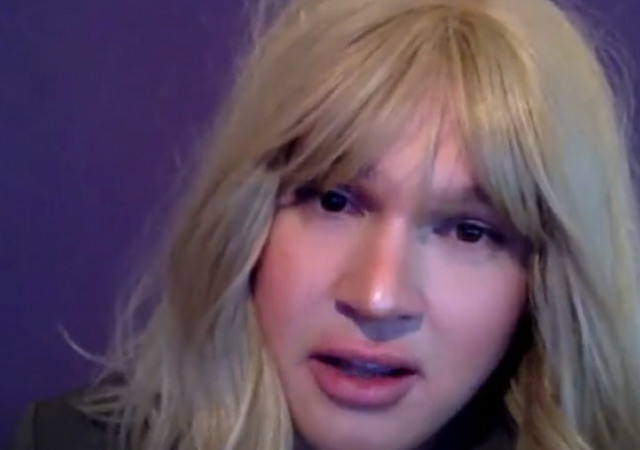 Is there something in the water over at CBS News? Last week, they did a report claiming that America’s economic problems were caused by Russia’s invasion of Ukraine.

Now, as the country is under attack, the network has produced a story about transphobia in Ukraine, focusing on the plight of one particular transgender person.

Must every issue be viewed through the lens of a social justice warrior?

“A war within a war”: Transgender woman says transphobia and discriminatory laws keeping her hostage in Kyiv during Russian invasion

Zi Faámelu was born and raised in Crimea, an area of Ukraine that was invaded and taken over by Russia in 2014. Now the 31-year-old lives in Kyiv, the capital city that has been under Russian siege for nearly a week. She is running out of food and hasn’t left her house for days as gunfire erupts outside.

And she says she can’t leave.

Faámelu, who is transgender, said that transphobia is pervasive in the city and neighboring countries, and fears that if she leaves, the tension of the ongoing conflict will make her more susceptible to violence. Faámelu was previously a popular contestant on the Ukrainian singing competition show “Star Factory.”…

For days, Faámelu said, she has had to keep the lights off in her apartment and keep the windows closed. She lives alone, her friends have all left the city, and she said it seems like she may be one of the only people left in her building at all. She lives near a building in Kyiv that had been hit by a missile.

She fears what could await her outside.

“Many people have guns and weapons. … It can be an excuse for violence,” she said. “…This is a very scary situation.”

CBS News even promoted the story with a highly produced video on Twitter:

Transgender acceptance in Ukraine is not widespread, and changing legal documents to match gender requires a long process with psychiatric examinations. CBS News spoke with one woman in Kyiv who is now battling a "war within a war" amid Russia's invasion https://t.co/DJ6vFwmLuR pic.twitter.com/7Qp4eTCGMt

This caused a very strong reaction on Twitter and, to be clear, people are not ridiculing the person at the center of the story, but CBS News which looks ridiculous for publishing this.

This is what CBS thinks to cover in Ukraine 🙄 https://t.co/DqzPzjDahd

This is not a “war within a war.” That phrasing minimizes the literal warfare, refugee migration & casualties happening right now.

CBS spotlights trans woman in Kyiv who is upset she may not be able to leave the country because males of fighting age aren’t allowed to flee. https://t.co/dYtyxecTG2

The world doesn’t have to be this stupid https://t.co/pPBtBsZF5S

The college campusification of America is nearly complete.

The transgender spectrum is trendy and a politically congruent (“=”) point of leverage a la “Diversity, Inequity, and Exclusion”, feminism and masculinism, etc.

The American media is wholly corrupt, and literally a part of the democrat party, which happens to have a stranglehold on our country. (Thanks, GOP.)

The transgender spectrum is trendy and a politically congruent (“=”) weapon to exploit for leverage a la “Diversity, Inequity, and Exclusion”, feminism and masculinism, etc.

I have said this many times..

I wish them well, have a great life, be successful,, but I am not playing.

Right. Because gender identification is so much more important than life and death.

(picture me looking for words and just shaking my head)

In a related story – ‘M.A.S.H.’ has filed suit against CBS over theft of their sub-plot. Cpl Klinger had no comment.

‘Faámelu, who is transgender, said that transphobia is pervasive in the city and neighboring countries […] Faámelu was previously a popular contestant on the Ukrainian singing competition show “Star Factory.”’

Or admit the leftist political/media complex is an absolute bubble.

The music. That’s a very high voice for a male
Just saying

Lots of females in the Ukraine are taking up arms. He/She/It still has a trigger finger, no?

Chris Mathews is rushing over there to take up legs:

While ours just have a trigger, without any reasoning.

In the late sixties, while in high school, I was indifferent towards gay people, In the eighties I created a simple website for a local gay group. I did not think that their sexual orientation merited discriminating against them.

I did not anticipate that they would become in your face, pushy SOBs. I should have. Now, we have them pushing their shit in elementary schools, that is not acceptable.

I’m “gay” – a term I dislike – and don’t like this pushing any more than you do. And conflating this transgender nonsense with gays and bisexuals is absurd.

It is, Grizz, but we’re seeing the same thing happen with the racist anti-racist crap. All of this leftist division is intended to divide us, to create hate and resentment where none previously existed, and it’s working like a charm. We’re all seeing it with regards to both race and (increasingly) sexuality, things no one cared about a decade ago are being used to create social strife and to cause people who never had a racist or anti-“gay” thought to become irate at (to me) the wrong people.

The anger, as I’ve argued before regarding race but that applies equally well to homosexuality, is being misdirected. The people to resent and be angry at are the anti- and unAmerican Marxist left who are causing these problems on purpose to pursue unlimited power, wealth, and control . . . not black or minority persons or homosexuals. But it’s really hard for people not to lash out at the “obvious” reason for the divisions and socio-cultural collapse created by people actively working to purposefully bring exactly that to fruition.

Politically, though, it served as the gay-tway issue. 🧐

Grizzly, I still do not care if someone is gay, I just am tired of the envelope being pushed.

Pick up a gun and defend something besides your own narcissism, sissy.

So CBS thinks Ukraine should adopt the Russian approach to the mentallymorally ill?

Of course they do.
Curious, isn’t it, that when we “traditional” Americans would prefer that another group adopt our culture, we’re supremacists.

Choices have consequences, that’s the real world and no matter how much one wishes the consequence free utopia simply doesn’t exist.

Maybe, just maybe, “transgender acceptance is not widespread” because most normal people consider it a perversion.

When you openly flout societal norms, did you expect hugs and kisses rather than backlash?

Faamelu has problems. Her gender related presumptions are very first world. They are likely to be overwhelmed, or ended outright if they haven’t been already, by the very third world problem of survival. She should get her priorities straight. CBS, a very first world organization, may very well get her killed with its self serving, manipulative pandering.

Well it seems to me that this sheila has a REAL LIFE choice to male.

She can man up, grab a rifle and and protect the Ukraine from Russian aggression. Or she can remain a victim.

Based on history, I’d lose that wig, makeup, and female attire before the Russian soldiers come rampaging through town.