Would any of us have agreed to “2 weeks to flatten the curve” if we knew that 2 years later our toddlers would be subjected to mask raids? 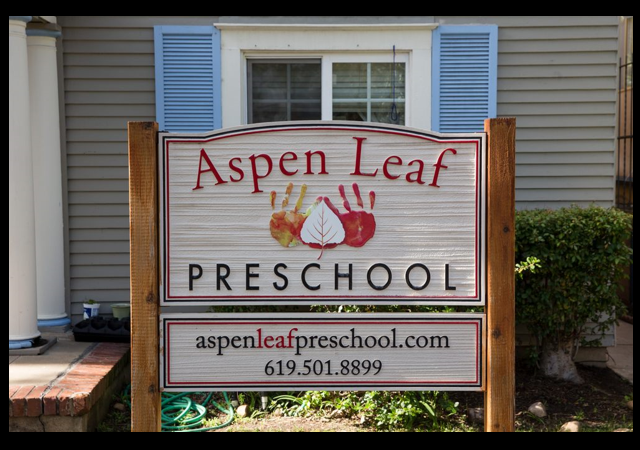 When the history of the covid pandemic is written, there will be many shameful acts of damaging bureaucratic power plays that should be fully described so that they are never repeated.

Few episodes in that history will be as disgraceful as a recent incident at a San Diego area pre-school. California state regulators raided the school and privately interviewed children as young as 2 without their parents’ consent about masking practices.

Officials with the California Department of Social Services (CDSS) visited all three locations of Aspen Leaf Preschool in January after receiving a complaint that the school was not enforcing the state’s mask mandate, according to the CDSS’ response to a complaint by the preschool’s owner, Howard Wu.

According to the CDSS letter, which Wu shared with Fox News Digital, officials with the agency’s Community Care Licensing Division entered the three preschool locations on Jan. 19, separated the children from their teachers and interviewed them privately about their masking practices.

In his complaint to the agency, Wu described the investigation as a “simultaneous, multi-school raid” that resulted in “unnecessary and inappropriate child interviews.”

“Every family we heard from after the inspections were furious about the interviews,” Wu told Fox News Digital. “We were open the whole pandemic about not masking children and the reasons why. The policy was on our website. Put simply, the mask guidance says children can NOT mask when eating and sleeping. In full day child care that’s 3 hours, so masking at other times offers no health benefit. All the families (except 1 in January) supported the policy.”

The parents of children the Aspen preschool were also extremely angry at the raid.

“This gross abuse of power is shameful and unacceptable for many reasons,’ wrote parents Stephanie and Richard Rosado in another complaint seen by the Voice of San Diego.

‘The people who ordered this to be done and those who participated should be held responsible,’ the parents wrote, telling the news outlet that they spoke to their 4-year-old son about not talking to strangers just a few days before the raids.

Another parent, Connie Wu – who is unrelated to Howard Wu – said her daughter wasn’t even two years old during the January interview and that she’s too young to articulate how it made her feel.

“She’s not developmentally able to tell me. She doesn’t have the vocabulary to be able to talk about being interviewed by a stranger,’ Wu told the news outlet.

What is even more outrageous about the incident is that it is truly not about public health. For example, evidence continues to mount that masks on anyone….including toddlers…does not stop covid transmission.

In Catalonia 🇪🇸, 6yo wore masks in schools but 5yo did not

Finding: No difference between the two groups

Furthermore, the Centers for Disease Control and Prevention’s own data show the risk of serious health effects for children infected with covid are extremely low.

Finally, while the CDSS has the authority to interview children without consent, those rules were clearly intended for use when there is a situation of possible abuse, I would argue continued masking of children is abuse, especially when adults can eat, drink and be merry without such coverings.

The agency has issued Aspen Leaf a Type A citation, the most severe violation type.

Wu said he believes his preschool was unfairly targeted because he challenged the CDSS’ authority.

After it all happened I actually pulled every licensing report issued in California during the pandemic to get the data to show we were treated more harshly than any other center,” he told Fox News Digital.

Wu published the data on a website he created declaring, “California has a child care crisis,” and “the child care licensing agency is making things worse.”

Would any of us have agreed to “2 weeks to flatten the curve” if we knew that 2 years later our toddlers would be subjected to mask raids?

The headline for this article reads like something from the Bee or the Onion.

Those CDSS “officials” should be added to the list for eventual arrest and trial for crimes against humanity.

Curb stomping is the only language they would comprehend.

Yeah, but trials with public hangings can be more cathartic for the populace, in general.
Just saying.

That, and no teeth marks in the concrete.

Until these officials finish these visits to find all four of their tires’s sidewalls ventilated with a cordless drill and sugar in the gas… it’s gonna continue.

Because that is NOT happening at the current point in time— yes – Ca residents will happily agree to it again.

Remember- they had their chance to get rid of the governor. THEY DESERVE EVERYTHING THEY GET.

Californians get quite testy when reminded: “You had a chance to stop this and blew it.”

People like you butch and whine about corrupted voting machines because trump lost.

Then, you turn around and make all-upper-case comments about people deserving what they get when Newsome dodged a recall. What makes you think the realm vote went against the recall?

Not everyone in California is a tree hugging Prius pansy.

Been pointing this out for a while. Our elections are worse than useless.

That is why the “they voted for that they deserve it” crowd is far too simple.

Cheats and steals work when it is close. Wa 2004 for instance was close. Al Franken.

Yes- Californians deserve everything they get. As does the entire west coast. You can see it in many of the smaller communities- Seaside Oregon for instance has a huge problem with RV “camping.” They won’t call it what it is, the call it a problem with affordable housing. The government grifters get the community support to enable the bad behavior. That’s how you can tell.

Even where I’m at- in the heart of liberal shit hole of weaponized stupidity and zombie hell, you can tell where the people live who won’t take this shit- there’s no RVs. We run the bastards out- (they get asked nicely to start with)- but they aint staying. They don’t need to steal the elections where I live, it’s collective stupidity and group think.

Steals work all the time.

Do we all “deserve” President Biden?

I would recommend immediate capital punishment for these regulators. Until democrats pay for their abuse, it will continue.

Sounds like another FBI “domestic terrorism” case. Are any toddlers being held without bail?

One of the first shortages we need to address in the Biden administration is the shortage of baseball bats and dark alleys.

Karl would be proud of his accomplishments if he knew this was the future. Indoctrination of kids barely old enough to speak.

This is child abuse

Y’all warming up to the 2A solution now?
A gun barrel is the only language they comprehend.

No. Much like the Canadian government wanted the truckers to be violent, there’ nothing these dictators want than open violence. You don’t do that against the side with the monopoly of violence and a majority of voters.

You do it by playing the game dirtier than they can respond to.

FWIW – there is a serious delusional belief / paranoia that covid is so extremely deadly that everything must be done to prevent infection. This fear / anti science/anti reality belief dominates a leftist mentality to an extreme. Those regulators probably sincerely believe they are protecting the children. (delusionally believe).

I would say “forgive them for they know not what they do “, but they are really f u ing the kids.

Upvoted, but I think it should be “f ing u the kids”.

the real message in all this is that the “state” via “regulators” can reach out and mess with your 4-year-old(or younger)children–can bully them, frighten them with impunity

in a sane world, what caring parent would ever allow this?–ever?

likely could not restrain myself/my reactions in that situation