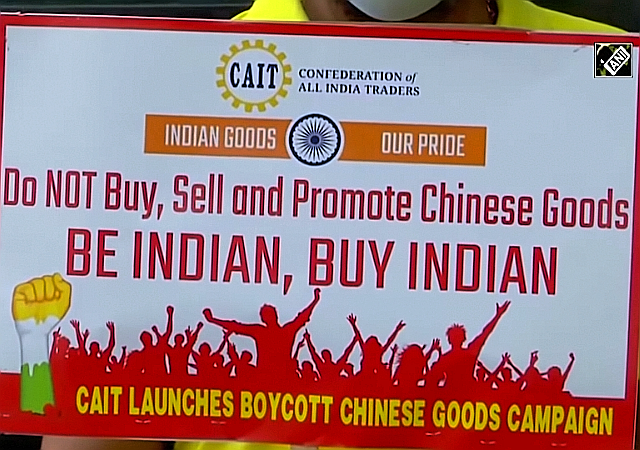 Beijing is “deeply concerned” about India’s “suppression of Chinese firms,” spokesman for China’s Ministry of Commerce, Gao Feng, said at a press conference on Thursday. “Indian authorities have taken a series of repressive measures against Chinese companies and related products in India, which has seriously damaged the legitimate rights and interests of Chinese companies,” the Chinese official added.

The Chinese comments came after the Indian government opened investigation into the China-based mobile technology giants Xiaomi and Huawei, accusing them of tax evasion and other malpractices. Both of these tech giants have dubious ties to the Chinese military.

Xiaomi, the world’s third-largest smartphone maker, was blacklisted by the Trump administration as a “Chinese military company.” According to the Pentagon, Huawei, which dominates the world’s next generation of 5G mobile infrastructure, is also controlled by the China’s People Liberation Army (PLA).

“Indian authorities have raided the offices of Chinese tech giant Huawei Technologies Co. over suspected tax evasion, triggering a protest from Beijing, in the latest sign that border tensions between the two countries are spilling into commercial ties,” The Wall Street Journal reported Thursday.

Xiaomi said it was negotiating with local authorities over the amount to be paid, noting that there was “different opinions on the price determination of imported goods”.

The raid conducted at Huawei’s offices comes days after India banned 54 Chinese apps over security concerns, including those owned by Chinese tech giants Tencent Holdings, NetEase, and South China Morning Post owner Alibaba Group Holding. That is on top of the more than 200 Chinese apps that have been barred from use in India over the past two years.

The action by India’s tax authorities could cast a shadow over Huawei’s business prospects in South Asia’s largest economy. The telecoms giant has been vying for a piece of India’s 5G network development, but last May the government excluded Huawei and its Chinese peer ZTE Corp from taking part in the country’s sixth-month trial of 5G technology.

Monday’s crackdown marks the first such step taken this year after a massive sweep against the Chinese apps in 2020.

The collected real-time data are being misused and transmitted to servers located in a hostile country, sources in India said, adding that the IT ministry has issued interim directions for the blocking of 54 apps. (…)

In June 2020, the government had banned 59 apps with Chinese links, including the popular TikTok and UC Browser, saying they were prejudicial to sovereignty, integrity and security of the country.

The ban followed Chinese aggression against India in eastern Ladakh. Thereafter, the government banned 47 more Chinese apps that were clones and variants of the apps blocked earlier.

In September the same year, the government blocked 118 more mobile applications, including the popular gaming app PUBG, terming them prejudicial to the sovereignty, integrity and defence of the nation.

In June 2020, at least 20 Indian soldiers were reported killed when Chinese military occupied a strategic mountain pass located near India’s northern tip. The Communist regime does not recognize large parts of its 2,100 mile-long border with India, and has staked claim on 35,000 square miles of Indian territory. This is in addition to 15,000 square miles already under Chinese occupation following the war of 1962 under Mao Zedong’s reign.

The recent Chinese invasion and the slaughter of Indian troops triggered a wave of anti-Beijing protests across the country. Indian movie celebrities, trade unions, and retailers have endorsed the growing call for a boycott of Chinese brands and products.

Faced with blatant Chinese military aggression, India also joined the Asia-Pacific alliance revived by President Donald Trump in 2017 to counter Beijing’s growing imperialist threat. Under the U.S.-led Quadrilateral Security Dialogue initiative, also know as the “Quad,” the four-nation geostrategic alliance of the U.S., Australia, Japan, and India has created a framework for security cooperation, including joint defense exercises and access to each others’ military and naval bases.

It’s good to see at least one nation calling China out.

It’s China’s Achilles heel. If we stop buying their junk hundreds of millions of third world poor people will burn China 🇨🇳 to the ground. No more jobs , money etc game over China.

This would be a theme but for the love of money.

All the West should follow India’s lead. The CCP is a sleazy operator.

Exactly…but they are too busy being led around by the nose because of their dirty ties to the CCP and grift.

The Biden crime family is owned by the CCP and follows their orders.

We should be thankful for (shall we say) less-fastidious countries, for serving as the coal-mine canaries for questionable policies for which the left (in particular) pushes their adoption in the USA. There’s always one kid in the gang who is eager to lick the frozen flagpole, and let us hope that our own kids learn by his example.

This is where President Trump was headed until communist China with corrupt Biden’s help, changed direction.

Awwwww… Winnie the Pooh is “deeply concerned?” Maybe he should go fuck himself.

Once again, India leads the way.

Now you can understand why the Indians love President Donald Trump.