The Truth About Critical Race Theory and Praxis 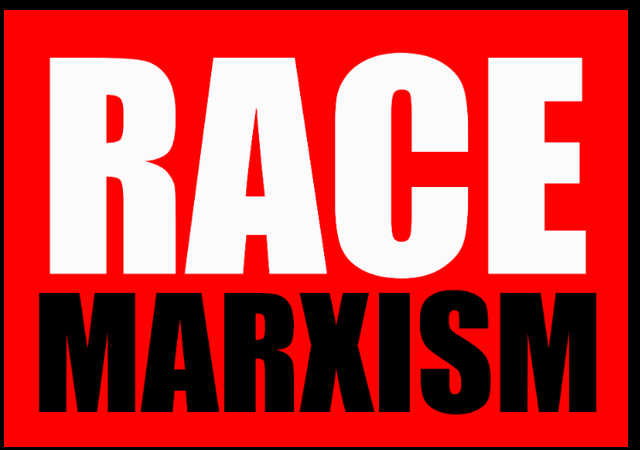 The introduction to author and mathematician James Lindsay’s new book, “Race Marxism: The Truth About Critical Race Theory and Praxis” is a perfect summation of its contents:

Many Legal Insurrection readers follow closely the work of our CriticalRace.org team. But no matter how many posts read or news stories followed, everyone striving to end the toxic policies based on the race-based doctrine should add Lindsay’s new book to their library.

In Race Marxism, Lindsay carefully and with robust scholarship shows how Critical Race Theory is nothing more than repackaged Marxism. As practitioners of Marxism have failed to divide this country against each other by class, they have turned to racial division to enact their agenda as well as to gain power and influence.

Though the six chapters of Race Marxism, Lindsay explains what Critical Race Theory is, where it comes from, how it is implemented, and what can be done about it once it is understood to be repackaged Marxism. Lindsay offers a broad spectrum of quotes and background information supplied from proponents and Critical Race Theory activists.

Race Marxism explains simply what Critical Race Theory does and the goals of its promoters. For example, the opening to Chapter 1 offers a clear, concise definition that is both accurate and eye-popping.

(1) Calling everything one wants to control “racist” until it is fully under your control.
(2) A Marxian conflict theory of race; i.e., Race Marxism
(3) A belief that racism created by white people for their own benefit is the fundamental organizing principle of society

Lindsay expands upon the philosophy and the philosophers behind Critical Race Theory in engaging and informative detail. As an example, here is a passage explaining the influence of French political activist Michel Foucault (“whose relevance to the structure of Leftist social thought today can hardly be overstated”) and the mother of intersectionality, civil rights activist Kimberlé Crenshaw.

The real story, then, is that activists today in the Critical Social Justice movement have selectively incorporated useful elements of Foucault’s thought into virtually everything they do. They have also done so in ways that suit their activist agendas, even including writing Foucault out of his own Theories. What matters to these activists posing as scholars more than anything is operational success, so they pick up the various pieces of Foucault or Marx or Hegel that suit their purposes, modify them as needed, and discard the rest. This doesn’t happen arbitrarily, however. There’s a method, and that’s the dialectic.

In fact, modifying Theories by keeping useful elements of earlier Theories and combining them strategically with other useful but contradictory Theories is how the dialectic “progresses.” Take Crenshaw’s fusion of neo-Marxism and postmodern Theory in “Mapping the Margins,” for example. Her whole premise is that the social constructivist thesis at the heart of postmodernism needs to be modified to neo-Marxist purposes while neo-Marxism itself has to relax its grip on the idea of truth if a “meaningful politics of identity” might come about.

Race Marxism is very powerful and superbly written. I must admit, I am no political scientist, so sections were challenging to wade through.  I feel like I attended a Master Class in the subject after having finished this book. It appears I am not the only one who is arming themselves with knowledge, either.

Race Marxism is now #14 in all books on Amazon. Y'all are amazing! We're going to change the world!https://t.co/L2HyQRusN1 pic.twitter.com/OZruGOK9Vb

In conclusion: I give the book 5 out of 5 stars and highly recommend it to anyone who wants a full understanding of Critical Race Theory in order to defeat it.

Those who can’t do, teach.

Those who can’t teach, teach gym.

Just purchased it, this topic has infuriated me from its start and without as review says a political analyst yet seems its Marxism jumps out with its obvious swapping class war with race war.

The Pro-Choice religion of the Progressive Corporation.

It’s hard to take James Lindsey seriously with his total lack of understanding of either CRT or Marxism. More culture war crap.

Let’s be clear James Lindsey doesn’t have any intellectual depth, his takes are simplistic to the point where his arguments are reductionist nonsense.

Maybe I’ll change my mind if he does a Jordan Peterson and actually debates an actual intellectual Marxist.

We’re no American Marxism is a rehash of every bad right wing trope with scant reference to reality, research, intelligent opinion or indeed values. Its the work of total ignorance, conflating vast sections of society under the umbrella of a perjorative for no other reason than to smear opposition thinking. The right really needs better intellectuals.