As the database passes 500 higher ed institutions, the question remains: What evidence is there that the higher ed obsession with skin color helps anyone, or has resulted in a more “fair” campus? 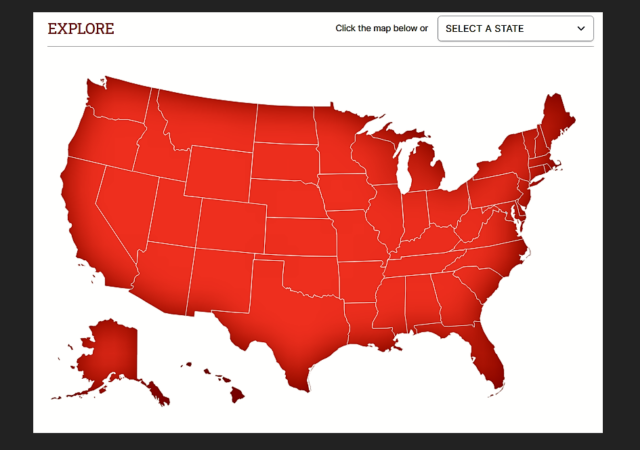 The CriticalRace.org website, a project of the Legal Insurrection Foundation, made waves ever since it was rolled out in early February, 2021. The centerpiece of the website is our interactive map, which enables readers to locate schools by name or location: 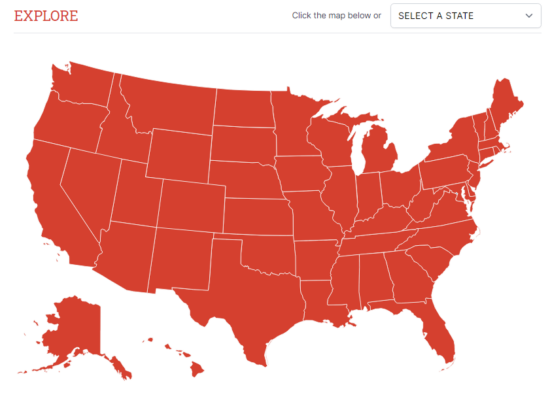 Fox News covered the rollout at that time, and has covered our expansion into Elite Private Secondary Schools.

The website and database have been linked, quoted, and cited several dozen times across the media spectrum. The database even has been cited in proposed congressional legislation.

But wait, there’s more. When we launched with 220 colleges and universities in the database, our goal was to build it out to 500 higher ed institutions, though we didn’t know when that would happen.

Well, we just reached our goal in less than one year, we now are at 520 higher education institutions, with some top line key findings:

At least 236 colleges or universities have some form of mandatory student training of coursework on ideas related to critical race theory (CRT), according to a database with information from more than 500 institutions.

Among those are 149 institutions that have some form of mandatory faculty or staff training, with 138 mandating school-wide curricular requirements. CriticalRace.org, which compiles the research, told Fox News that these programs focus on concepts like “anti-racism,” “equity,” “implicit bias” and CRT – all of which have fueled national debate over left-wing influences in education.

“Our database shows how race has become a pervasive focus in higher education with a near universal insistence that racism is systemic in the United States,” said William A. Jacobson, a Cornell University law professor who founded the sprawling database.

Jacobson added that “higher ed is focused on what divides people, exacerbating rather than solving problems.” At times, research has highlighted purported racial segregation both at the K-12 and collegiate levels.

Authors Robin DiAngelo and Ibram Kendi, whose book explicitly calls for discrimination, are widely included among books and writings in universities, according to Jacobson. For example, Northwestern University’s medical school made Kendi’s “How to be an Antiracist” mandatory reading for the summer of 2020. Other institutions included Kendi’s writings as resources for students….

CriticalRace.org is a project of the nonprofit Legal Insurrection Foundation. Jacobson’s findings follow a trend indicated by copious news reports and research at other institutions….

Fox News also went into many of the school-specific findings:

The purported “anti-racism” or CRT-associated content is ubiquitous – appearing within curriculum, staff trainings and sometimes within training related specifically to hiring. For example, the University of Central Florida committed in 2020 to conduct implicit bias training and other trainings for everyone who participates in our hiring and search committee processes.

Some have required diversity-related content as part of students’ core courses. At Western New England University, for example, the class of 2022 was required to complete at least one “Anti-Racism and Cultural Competency Course.” ….

Many scholars, including Brown University Prof. Glenn Loury, dispute the prevailing campus systemic racism narrative. But viewing the U.S. as systemically racist is not up for debate on most campuses, the door has been shut to honest intellectual inquiry. It’s now quasi-religious dogma. The element of mandates and coercion negatively affects free expression When a university adopts, and particularly when it imposes, a single viewpoint, the door to free expression closes.

The traditional American Civil Rights movement focus on equal opportunity and treatment without regard to skin color has been replaced on campuses by ‘equity’ and other euphemisms that center race and demand that skin color be the lens through which almost all societal issues are viewed. The  American Civil Rights movement ideals of colorblind opportunity and justice is dying on campuses under the weight of Critical Race Theory and its offshoots, “antiracism” and “equity”.

Perhaps the biggest quesion is: What evidence is there that the higher ed obsession with skin color helps anyone, or has resulted in a more “fair” campus? Answer: None.

Since these loons are so intent on teaching racial theory, let’s have at it. Let’s teach the suppressed, irrefutable fact that even after making overly generous allowance for social and educational background, certain races are on average hugely inferior in general intelligence.

I had wished to lead my life politely ignoring this, and hoping that our formerly great country would allow such people to lead happy and productive lives and attain positions in keeping with their individual abilities, unhampered by group prejudice.

Since this is no longer possible, we should stop being cowards and fight, fight fight; never apologize or bend.

I wish I could give you more than one up-tick.

Indeed, they’re begging the question. They say “certain races continue to do worse, that means there must be structural racism!” We must start saying “no, there’s another explanation for that.”

I don’t like going there and won’t bring it up, but the stuff about skull sizes (phrenology) has never been refuted. We don’t need it for argument, but we don’t have to let them pretend we are trying to either. If they bring it up, I won’t help them by saying of course it’s not true — because it does appear to be a true statistical correlation. It’s statistically true, but I don’t care about it.

My thought is it’s time to just kicked from Louis. No preference for hiring. No affirmative action. No race nor Ming of test scores. You either have what it takes, or you don’t. Some will shine shoes, some will become scholars. It’s the way it should be.

Merit and talent built with this country used to be.

All the preferences and allowances and tolerance are going to be its downfall.

My wife did. Last night she put a Vernier on my head and called “Zero.”

Idiot. Get a travelers’ cheque and hightail to Arabia.

I would argue intelligence (like race) does not translate to success or positive outcomes and is therefore almost completely irrelevant in determining curricula. Rather the inability to work and play well with others. Interview the ranks of America’s prisons. These are not dumb people. They are not in jail for their lack of smarts.

Intelligence does lead to greater success and income. Quite directly. There are doors that are straight-up closed to people of average intelligence — grad school, medical school, CEO of Fortune 500 companies. People who are quick are certainly more productive and valuable to an enterprise than the dull and the slow. It’s not everything (as you point out) but it’s far more important than you give credit for. Society rewards smarts and has far less patience for dummies despite the programs of the woke trying to ‘level the playing field’

I prefer to point out the systemic racism of the teachers unions and their democrats who do everything they can to block and eliminate school choice for children whose parents can’t afford to send them to private schools – like democrat politicians do.

Is higher ed’s obsession with skin color supposed to help anyone, or result in a more “fair” campus? Or is it intended to validate its own existence and spiral out until it consumes everything and creates an intersection based caste system?

I find it hard to argue with the claims that the US has systemic racism.

The education system is clearly racist, treating people with a certain skin colour as second class citizens and demanding they apologise for crimes they didn’t commit.

The justice system is clearly racist, with multiple high profile cases given excessive media coverage preventing a fair trial due to the skin colour of the accused.

The treatment of political protestors is extraordinarily different, with people support racist causes given effective immunity from prosecution while those with other political objectives are held without trial and tortured.

Senior political figures proclaim racist policies in public, and get confused when others disagree.

All this and more entirely support that the US is systemically racist.

“What evidence is there …” None. Zero. And that’s the point. The lie is the point. Reality doesn’t matter, only power via obfuscation, disinformation, and ever-shifting narrative rule the day. It’s by design. Fauci weaponized it for covid: Let’s you and he fight! Social media is a war zone; a dystopian h3llscape where the future is unknown, but the past is forever re-written with no forgiveness, no grace, no truth.

The lie is the point. Reality doesn’t matter, only power via obfuscation, disinformation, and ever-shifting narrative rule the day. It’s by design.

We are at war. Prepare accordingly.

I saw the link in the the https://catholicvote.org/ newsletter, “The Loop”, which I find very informative even though I am not a Catholic.