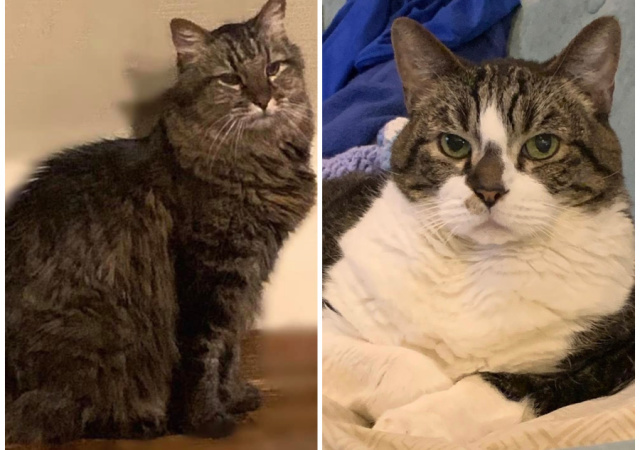 Before I go into my favorite posts let me show you my Alf and Bingo. My sweet boys for 16 years Yes, Alf’s name is ironic on purpose. I thought it’d be awesome to have a cat named Alf! I miss my buddies so much. 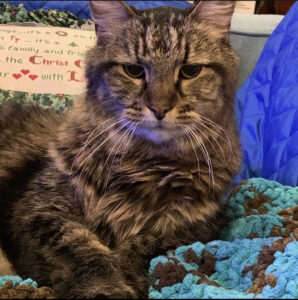 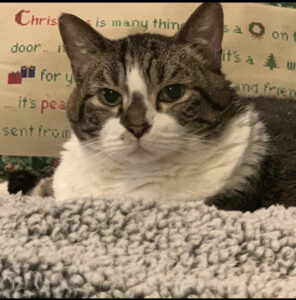 TOP POSTS! These are the favorites that I can recall. I’m getting old so my memory fades!

I still talk about this post! The Washington Post claimed Biden is “very Catholic” and the bishops who are in line with the Church’s teaching on abortion are “right-wing.”

You have to be in communion with the Church in order to receive Communion.

Biden is “very Catholic” because he attends Mass every week and talks about his faith. But being in communion with the Church is more than Mass and talks. It’s about doctrine and upholding the Church’s teaching.

The Church established its standing on abortion in the first century: “Since the first century the Church has affirmed the moral evil of every procured abortion. This teaching has not changed and remains unchangeable. Direct abortion, that is to say, abortion willed either as an end or a means, is gravely contrary to the moral law” (No. 2271).

The Church’s teaching on abortion is more than condemning the murder of an unborn human being. It’s about actively saving these people. I am vocal with my pro-life stance and I donate to emergency pregnancy centers. When my church takes donations for women’s crisis centers I help out.

When a person has a pedestal like Biden has he or she better use it. Biden tries to back away saying he separates his faith and politics. He claims to be personally pro-life, but politically he’s pro-choice. He takes steps to expand abortion access in America and abroad!

Pro-choice vs. pro-abortion: are you fighting laws that would stop “choice”? Or are you creating laws that make it easier to procure an abortion?

The Church cutting off a person from Communion is the absolute last step. Biden should not present himself for Communion. He knows this. But hey, if he wants to take Communion while not being in Communion with the Church that’s between him and God. If he wants his soul in danger then so be it.

Oh, I love it when UFO stories come up! Considering times are stupid now I doubt the aliens will ever visit.

The military could not rule out aliens as a possibility of the 143 of 144 objects in military airspace!

I have a lot of posts about Chicago Mayor Lori Lightfoot. My favorite, though, is Lightfoot having to explain why she won’t grant interviews to white reporters on her two-year anniversary.

People sued Lightfoot, but she defended her practice.

Lightfoot even said she would do it again: “I would absolutely do it again. I’m unapologetic about it because it spurred a very important conversation, a conversation that needed to happen, that should have happened a long time ago. But I don’t want just a conversation. I want results. I want to see these networks, these companies, these producers, the decision makers take this seriously, because it’s a serious issue.”

We all knew that wouldn’t last long because once they had the power they wouldn’t let go. Now we have to still wear masks, social distance, and get booster after booster!

Yeah, this lady who has rheumatoid arthritis, lupus, and Sjogren’s will abide by science and not politicians.

The police department fired Kelly over his $25 donation because HOW DARE HE. Kelly had the nerve to (rightfully) assume Rittenhouse acted in self-defense in Wisconsin despite the media trying to tell people Rittenhouse murdered black people in cold blood.

Kelly demanded his job back after the verdict.

I love baseball. I love it so much and I doubt I will ever give it up. It’s my lifeline. But when MLB wanted to move the All-Star Game away from Georgia over new voting laws I laughed because, like Rittenhouse, the media and left conflated the law to fit their narrative.

I laughed even harder when MLB chose Colorado. I mean, Colorado has similar voter ID laws.

Like GA, Colorado specifically outlaws electioneering/ campaign workers in campaign gear from handing out food and water to waiting voters.

In GA, anyone can give water/snacks to poll workers to distribute.

Colorado requires voter ID to vote in person — either a driver’s license, an IRS issued ID card, a valid passport, or a valid employee card with a photo. @MLB better be ready to explain why this is more acceptable than Georgia after that absurd political statement. https://t.co/QT1wDkTboY

Andrew Cuomo resigned!. It’s a shame he didn’t resign over sexual assault allegations and the deaths of so many elderly people in early 2020.

He still does not think he did anything wrong.

I laugh as I wrote this section.

I am NOT sorry that I laugh every single time I remember that Hillary cried when she read what would have been her acceptance speech in November 2016.

Everyone, point and laugh at the failed presidential candidate!

Very sorry to hear about your cats. We lost three of our retrievers this year (two to age, one to cancer). We’re more than ready to put 2021 behind us, and are looking forward to 2022 and a Big Red Wave.

Thank you so much!!

Your Bingo looks a lot like my Mr. Mew.

Your Mr. Mew is a very cute kitty then! 🙂

I am so sorry about your kitties. May 2022 be a better year for us all.

Thank you, Leslie! Love you!

I hope your dad is better. Mine had a very bad year.

It’s hard losing a pet. I haven’t lost two in one year, I’m so sorry. They really are part of the family aren’t they.

FYI – I never in my life thought I’d give up baseball. Then two years ago I dumped it, along with every other pro sport except the PGA and I barely follow that any more. I don’t miss any of those millionaire morons. Covid and politics (there’s a difference?) destroys everything. But if that’s the path they take, I refuse to follow.

Great articles, Mary! Sorry about losing your kitty kiddos. We lost our 18 year old Tigger in September. He was wasting away to what almost certainly was an undiagnosed cancer – down to less than 5 lbs. when we had him put down.

About abortion, BIden and communion. I’m not Catholic but I am a life-long believer in and follower of Christ. I find abortion reprehensible in every way, but also consider it to be a form of spitting in God’s face, whose instruction about child-bearing was “go forth and multiply” – in other words – give me a family to love. Where it’s said “God is love” that makes a lot of sense. Abortion is outright opposition to the loving request of God for grandkids.

About Biden and communion, remember the parable of the banquet? How someone who wasn’t clothed for the banquet was thrown out where there was ‘weeping and gnashing of teeth’? Just remember “vengeance is mine” says the Lord and while Biden may get away with taking “communion” in this life without being “clothed with Christ” (Galatians 3:27, Romans 13:14, and of course Revelation instructing us to wash our robes in righteousness of Christ) … Biden will be ejected from the banquet. Those like him grab the most important seat at the table, only to be shown to the door, when those who are righteous and humble of heart, are exalted by the Lord of the banquet.

Do please pray for me, for I truly hate the man and struggle mightily to pray for him.