“stated in a Monday letter that anti-Zionism and support for ‘BDS’ policies — boycotting, divesting and sanctioning the Israeli government and Israeli businesses — were non-negotiable stances for membership in the party” 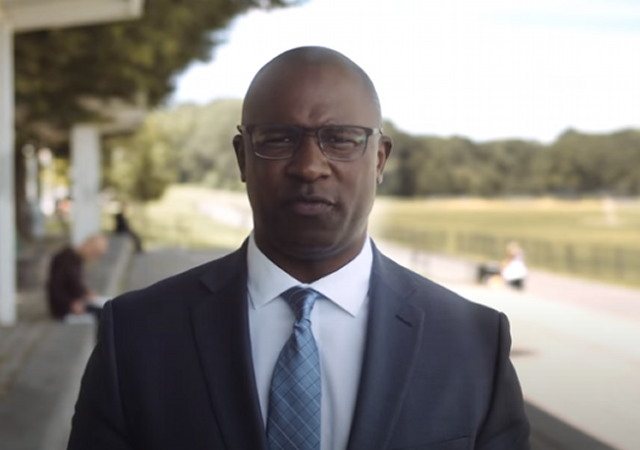 There is a long list of things that can get you canceled by the left, even if you’re a member. Somewhere in the top ten on that list is not actively hating the nation of Israel.

Rep. Jamaal Bowman of New York is so progressive that he is sometimes referred to as the only male member of the squad, but even that can’t save him now that he participated in a diplomatic trip to Israel.

The Democratic Socialists of America’s BDS & Palestine Solidarity Working Group has called for the immediate expulsion of Rep. Jamaal Bowman after the New York congressman did not apologize for participating in a diplomatic trip to Israel, which the group characterized as “Zionist propaganda.”

Bowman, a far-left legislator who supports defunding the police, is one of several congressional Democrats who are DSA members.

The BDS & Palestine Solidarity Working Group stated in a Monday letter that anti-Zionism and support for “BDS” policies — boycotting, divesting and sanctioning the Israeli government and Israeli businesses — were non-negotiable stances for membership in the party. The Working Group’s call for expulsion comes after Bowman allegedly failed to conform to the party platform after a previous email warned Bowman of the group’s discontent.

These lunatics are not even kidding around. Here’s more from their letter:

Representatives from DSA’s National Political Committee (NPC), NYC, Lower Hudson Valley, and our working group met with Rep. Bowman and his team on Friday November 19th. Since that meeting, Rep. Bowman’s office communicated that they were not ready to accept our most significant demands, including refusing to rescind participation in the J Street U Town Hall and discontinuing his relationship with the Zionist lobby, equivocating on supporting the Defend the 6 Resolution, and no clear commitment to opposing any future funding for the state of Israel. For this reason, in conjunction with his other recent actions, we call for the NPC to formally begin the process of expelling Jamaal Bowman from the DSA.

The problem for Bowman is that the DSA helped get him elected.

Bowman is also a close ally of Rep. Alexandria Ocasio-Cortez (D-Queens), and as a member of “The Squad,” he has aligned himself with the Democratic party’s most vocal anti-Israel voices, including Reps. Cori Bush (D-Missouri), Ilhan Omar (D-Minnesota) and Rashida Tlaib (D-Michigan).

“Incumbency may be more important than principle for DSA people,” said Hank Sheinkopf, a veteran Democratic political consultant who noted that several swaths of Bowman’s district were “heavily Jewish.”

As such, the congressman has declined to express support for BDS and voted in favor of funding Israel’s Iron Dome missile defense system, which had been depleted during a brief but bloody conflict with Hamas in May.

The Democratic Socialists of America used to be relegated to places like liberal college campuses and Brooklyn coffee shops. American voters should send them back there.

Fine with me. Then they can crawl back into their fascist hole.

“Democratic Socialism” = you get kicked out if you don’t think or act a certain way.
That’s not democratic at all. It’s autocratic.

This is how radicals and Communists operate

The Marxists are just pushing for ACWII
( in miniature gaming ACW is American Civil War, as opposed to many other civil wars)

The problem with trying to appease the far left is that you can never be far enough left for them.

He could make this all go away if he just donated a sum equal to the entire cost of the trip to a NAZI affiliated group. That would put him back in the good graces of the Democratic Socialists.