9 jurors seated, 5 more to go, and State is out of peremptory strikes 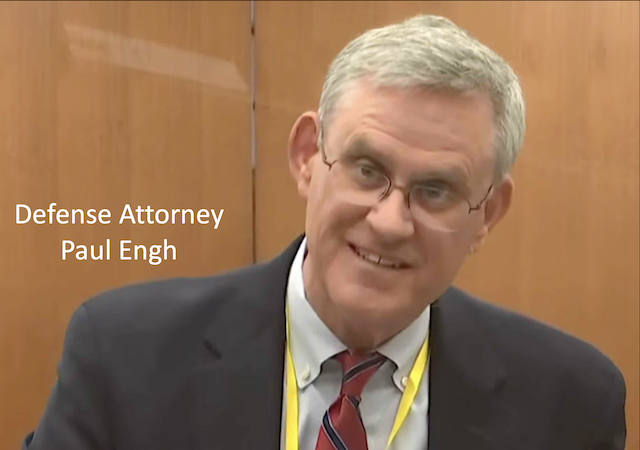 Welcome to our coverage of the Kim Potter manslaughter trial over the April 11, 2021, shooting death of Duante Wright in a suburb of Minneapolis, when then-police officer Potter accidentally used her Glock 17 pistol in place of her intended Taser.

Today the court under Judge Regina Chu continues with the third day of jury selection, after seating nine jurors so far.  The trial requires a total of 14 jurors seated–12 to deliberate a verdict, and two alternates.

It is also notable that yesterday the State exhausted its three peremptory strikes, while the defense has three of five strikes remaining. Given the pace of voir dire, Judge Chu has suggested to counsel the possibility of starting the trial prior to the scheduled December 8 date.

Chu also made clear that she will need a full day free prior to opening statements to finalize the jury instructions–this is a critical issue for the case, as the State is arguing for a jury instruction on recklessness that does not require the deliberate creation of an unjustified risk of death followed by intentionally ignoring that risk, both of which are normal conditions for the criminal recklessness underlying the manslaughter charges against Potter. Without this downgraded form of recklessness, it would seem unlikely the State can achieve a conviction on these charges on these facts. The defense, of course, is arguing to hold the State to the proper definition of recklessness.

That his critical question to the trial remains unsettled at this late date is a travesty, and reminiscent of Judge Schroeder’s failure to dismiss the gun possession charge against Kyle Rittenhouse until the day of jury instruction, when that charge was the key to the State’s efforts to argue provocation and thus take self-defense off the table as a legal defense.

For some more detailed background on this event and court proceedings to date, see these earlier posts:

I’d rather have live coverage of the Jucie Smolliet case than this brain numbing jury selection.

Couldn’t not string a sentence together and understood 50% or so of what was being said.

He also stated he had a BA from Univ of MS. . which I suspect may also be a lie.

#46 sounded like she REALLY wanted to get on the jury so she could demonstrate to all her wokeness!

The Iranians want nuclear power strictly for peaceful purposes. Their stated goal is one nuclear reactor for every man, woman, child, dog, camel and rodent in the country. They want to power every gas station, residence, warehouse, farmhouse, henhouse, outhouse and doghouse from the Nile River to the River Euphrates.

My mistake. This is supposed to be under “Iran Ramps up Uranium Enrichment.”