“I am thrilled to join CNN+. After decades in broadcast and cable news, I am excited to explore the world of streaming.” 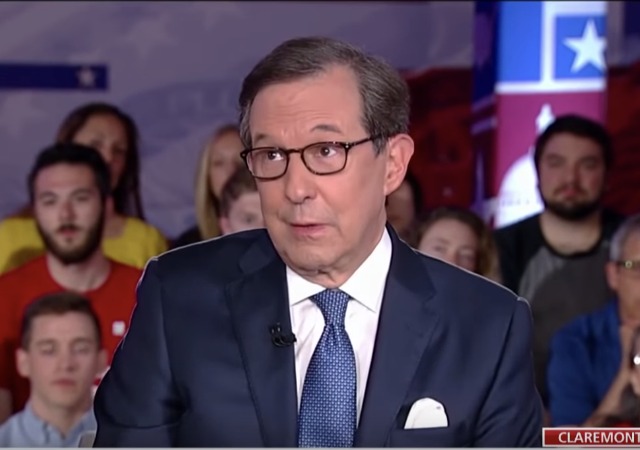 Chris Wallace is leaving Fox News Channel, he announced on his program Sunday morning, and will join the CNN Plus streaming-video outlet, a move that abruptly sunders the cable-news outlet’s connection with one of its most recognized and independent journalists.

Wallace delivered the news himself, in the last minutes of his “Fox News Sunday,” which he has anchored for nearly two decades on the Fox Corporation-owned outlet. “I want to try something new, to go beyond politics to all the things I’m interested in. I’m ready for a new adventure. And I hope you’ll check it out,” said Wallace. The words will be the last he utters on the program.

CNN confirmed Wallace’s jump less than two hours after Wallace announced his departure, and said he would lead a daily show during which he would interview newsmakers from the worlds of politics, business, sports and culture. Spokespersons for CNN could not be recached for immediate comment. Fox News last announced a contract extension for Wallace in 2017, and his current agreement with Fox News is believed to have come to an end.

We’re thrilled to welcome Chris Wallace to CNN as an anchor for @CNNPlus. His new weekday show will feature interviews with newsmakers across politics, business, sports and culture & will contribute to CNN+’s slate of live programming available at launch. https://t.co/6dgFzBd2QT pic.twitter.com/h8djkxClsB

According to a CNN statement, Wallace is thrilled to join CNN+.

Chris Wallace is joining CNN as an anchor for CNN+, the much-anticipated streaming subscription service that will debut in Q1 2022.

“I am thrilled to join CNN+. After decades in broadcast and cable news, I am excited to explore the world of streaming. I look forward to the new freedom and flexibility streaming affords in interviewing major figures across the news landscape—and finding new ways to tell stories,” said Wallace. “As I embark on this adventure, I am honored and delighted to join Jeff Zucker and his great team. I can’t wait to get started.”

Reports are saying Chris Wallace is moving to CNN. That's a good place for him. Perfect fit.

Can you imagine being Chris Wallace
You resign from your Job at Fox News
And 99.99% of the viewers who watch your channel are celebrating like it's New Years Eve 🤣🤣🤣🤣🤣

There were no white supremacists in Kenosha. That’s a thing that he made up.

With Chris Wallace announcing he is leaving Fox News….

Their Sunday ratings just quadrupled with viewers no longer having to tolerate him!

Chris Wallace announces he is leaving Fox News to pursue his dream of being viewed by far fewer people.

Makes sense. Joining the CNN broadcast team would be a demotion after leaving Fox.

Yet another Leftard fails.

By leaving he’ll raise intelligence and decency standards at both CNN and Fox.

“After decades in broadcast and cable news, I am excited to explore the world of streaming.”

Wait until he discovers it involves neither historic beds nor Russian hookers.

Raising the credibility of both networks.

CNN is where he belongs.

He was one of the first to call the Jan-6 protesters “INSURRECTIONISTS” – parroting the Leftwing Agenda-Media.

No real journalist goes to CNN anymore. They have not for at least 10 years.

He is going home. Going home, going home, thanks God for going home.
Except, being a leftist, probably doesn’t capitalize the name of He who is responsible for creating the universe and that is in it, the Creator of truth and beauty.
Ya know how leftist like to say “my truth”? That’s how they approach loving God.

End of story.
And end of his career.

And nothing of value was lost.

Just like MeAgain Kelly, he’s going to find out just how little liberals give a shit about him and his pathetic little show when he’s NOT on Fox.

He was always a Useful Idiot, and now the Useful part is ended.

Aside from the handful of conservative shows and hosts, try listening to their national radio news: pure swamp propaganda.

Remember: that rino rat Paul Ryan is on the Fox board of directors.

Yeah, there is Fox, and then there is Fox. All the conservative commentary is on the cable Cox. If you have a broadcast Cox outlet in your area, it’s entirely indistinguishable from any of the swamp crap you would get on ABC/NBC/CBS.

“most recognized and independent journalists”

He will spend the rest of his life looking for his red stapler.
Later the “glitch” in payroll will be fixed.

Streaming is what my urologist often asks me about. He is also in favor of it too.

Wallace was always the house liberal on FOX

“Liberal” is one thing, but corrupt propagandist is another. Wallace is the latter.

If liberals wore belts like karate he would be a 10th degree liberal.

Yes Virginia, there is a Santa Clause!

I can’t watch Rivera and Williams. It just isn’t worth it. They have nothing to contribute factually.

But according to Hannity, he and Rivera are “like brothers”!

24 yeats too late. He was insufferable and not bright. From Sunday morning prime time to a CNN streamer?

WALLANCE AND HUNTER . . .
> two people who would have nothing but for the daddies.

My day is immeasurably better now that the always insufferable Chris Wallace has moved on.

Streaming news is even more useless than cable news.

Who bothers to watch these people slowly drone on about current events, when they can read faster and form their own opinions?

The only people that care to get talking points that they can brainlessly recite are Dems and they won’t trust someone like Wallace to deliver those points. Besides, not even many of them watch this slow, plodding, circular crapola any more.

Agreed.. This is a definite step down for a mangy lefty who should have been fired ages ago.

The libs will never trust him. Once on the black list with the woke you are never trusted, ever. It’s one strike and you are out with the libtards.

Who is going to pay to watch cnn? They’re at the bottom of the outhouse right now when it’s free. And with the new owners taking over next year will they want to keep him?
I read they want to do real journalism, Not sure anyone at cnn has any idea what that is all about.

He has his faults, but I rather like Chris Wallace’s style. He’s got a dose of that old-school trustworthy journalism that has all but disappeared. Let’s see how he likes it at CNN when he starts getting pressure to put the right spin on his stories and fit them into the official CNN narrative. Then we will find out what he’s really made of.

Are taking about the Chris Wallace that we’re talking about? The one who is leaving Fox News for CNN? Or have you met a different guy? The facade is old school journalist, but the reality is a leftist.

Thanks for today’s laugh!

I wonder what prompted this?

He exposed himself as a partisan hack a decade ago when he asked Michele Bachmann during her presidential run, on air in front of millions, if she is a “flake.”

Whether he agreed with Bachmann’s positions or not, she was an invited guest who was asked to appear on his program. She deserved to be treated with respect and dignity. Instead, he was disrespectful and rude. A true asshat.

He apologized after the uproar. He should have been fired.

That’s great news for Fox and it’s viewers. Chris Wallace leaves Fox to join CNN, the network of non-journalist purveyors of woke leftist BS. He’ll definitely fit in with the rest of those losers. Good riddance to Wallace.

So you’re leaving one dumpster fire to jump into an even bigger one?

Why the F would start a streaming service if nobody watches your free channel?

From the viewing side of every TV in America, watching the Fox News Network the words ring out from grateful lips, “Free at last, free at last. Thank God Almighty, we are free at last.”

lets not forget how he treated sarah palin.
https://www.cnn.com/2017/04/21/politics/sarah-palin-fox-news/index.html
“When you interview her, will she be sitting on your lap?” asked a laughing Imus.

“One can only hope,” said a laughing Chris Wallace.

so..bye betty… hope the door breaks your f*ing ass on the way out.

Yeah. But my sense of it was that Chris thought Sarah was pretty attractive. I agree. She could sit on my lap any time she wants. Pelosi, on the other hand, looks like a ghoul and makes my skin crawl.

He thinks that the CNN audience will permit him to be even remotely fair and balanced?
I’ll give him 12-18 months but to survive that long, he will have to fight like he’s the third monkey trying to board the Ark.

Yes. Exactly. That’s what I was thinking. I’m not saying he was some paragon of integrity. But he wasn’t the worst, or all bad, by any means. Everybody was slamming me for giving him even a slight nod for some of his better efforts. Frankly, his departure leads me to substantially lower whatever positive feelings I had about him. I can’t see this as anything but a really stupid move. We should all be taking bets here as to how long he will last before they grind him up in the leftist CNN meat-grinder and spit him out.