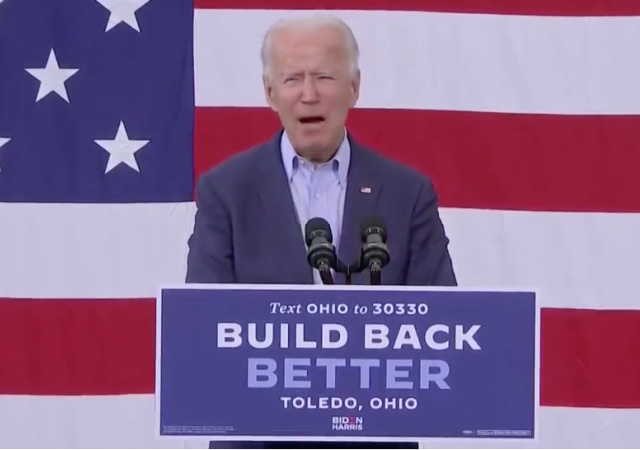 The Congressional Budget Office (CBO) announced on Friday that if Biden’s precious Build Back Better Act (BBB) makes permanent some temporary programs it will add $3 trillion to the deficit if passed without sunsets.

The BBB has sunsets, but does anyone truly believe in a temporary government program? (Just so you know both parties do this. They put in these “sunsets” and never commit to it because government)

The CBO said the child tax credit would make the largest difference in the deficit:

The Congressional Budget Office and the staff of the Joint Committee on Taxation project that a version of the bill modified as you have specified would increase the deficit by $3.0 trillion over the 2022–2031 period (see Table 2). That amount includes three components: effects usually counted in CBO’s cost estimates (which are labeled conventional effects in the table), the effects of increased resources for tax enforcement, and effects on interest on the public debt. Under long-standing guidelines agreed to by the legislative and executive branches, estimates to be used for budget enforcement purposes include the first component but not the second and third.

In comparison, including the same three components, the version of H.R. 5376 that was passed by the House of Representatives would increase the deficit by $0.2 trillion over the 2022–2031 period, CBO projects. The largest difference between the two estimates stems from an increase in the child tax credit that ends after 2022 in the House-passed version of the bill. 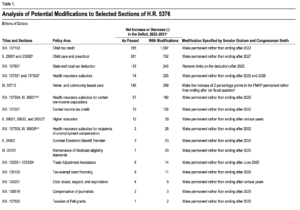 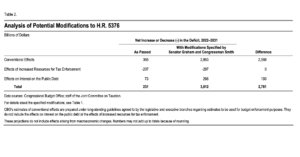 Sen. Lindsey Graham (R-SC) and Rep. Jason Smith (R-MA), both ranking members for their respective budget committees, asked the CBO for the true cost of the BBB.

The Democrats need moderate Sen. Joe Manchin (D-WV). He is more intelligent than his colleagues because he knows programs do not go away: “One goes for three years, one goes for one year, and maybe one other one might go for the full 10 years. Do they not intend for those programs to last the full time, 10 years? Well, if you intend for that to happen, what’s the real cost?”

Pelosi and Schumer insist that if the programs become permanent they will be paid for. Of course, neither offer specifics on how they will pay for these stupid programs. Biden still thinks this monstrosity crap is free.

Gag me with a spoon. Pelosi, if you want to cut middle-class taxes then repeal the 16th Amendment. You want to help us out then cut the government by a ton and leave us alone.

By the way, what is after trillion? I have a feeling we’ll be going there before Biden leaves office.

More funny money and fewer products and you can’t figure out why inflation is the highest it’s been since 82.

Meanwhile, Schumer has already come out and said that the Republicans are resorting to requesting “fake scores based on mistruths” because they hate this bill so much.

To reiterate what was said above, this is the version passed by the House. They’re still doing rewrites of it over in the Senate to not only get parts of it past the Parliamentarian’s office (amnesty, anyone?) but also because Manchin and Sinema are still being courted. So if they finally cobble something together heaven knows what that score will be like.

All federal programs are permanent. Republican. Democrat. Whatever. Government always grows to the maximum amount.

Also, no government program has truly been paid for in decades. If they were, we wouldn’t have a national debt.

Hyper-inflation. Study it. Cause & Effect.

What the f*ck are they thinking.

Are there any same economists left ?
WHY ARE THEY NOT SPEAKING UP AGAINST TE MADNESS ?

I am getting the distinct impression that Biden was the white control in the Tuskegee experiment,

Just to be clear, this is the SAME program that Biden promised us wouldn’t cost anybody a penny, ever. Is that right?

How high can you turn up a gaslight before you set the ceiling on fire?

You have to tear down before you can build back. The emphasis here is on “tear down.” Their main concern is to tear our culture and way of life down. Destroy it completely! When they build back you won’t recognize it. It won’t be the same country anymore, nor do they intend it to be.

The AG of Massachusetts said that to grow a forest means burning down the old.

(In this example, they know #2 should say “build it back,” they just are incapable of it.)

Biden: Look here, I’m going to build something wonderful for you. But first I have to tear down your country and way of life.

Voters: Okay. Now when are you going to rebuild?

Correct, she is a vile leftist.