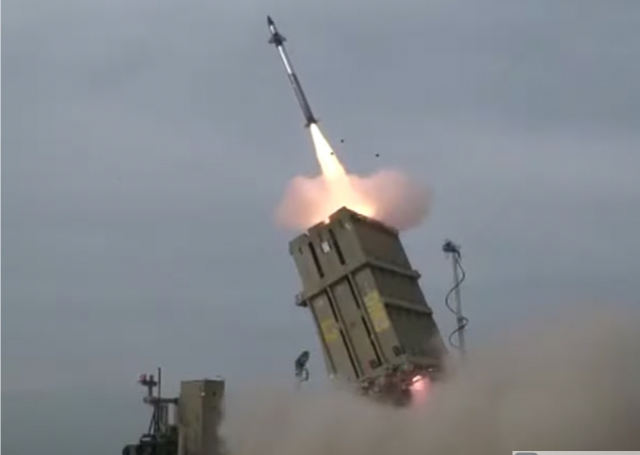 The military tests take place just weeks after the media reports disclosed that China has successfully tested hypersonic missiles, capable of breaching U.S. air defenses. These nuclear-capable missiles are several times faster than the conventional ones and harder to intercept, the reports reveal.

Though the Israel Defense Forces (IDF) uses the Iron Dome to protest Israeli towns and cities from short-range rockets fired by Palestinian and Islamist terrorist groups, the U.S. Army wants to see if the Israeli-developed system can be deployed against long-range missiles, like the ones possessed by China. “While Israel has used the system primarily to intercept short-ranged rockets used by terrorist organizations in the Gaza Strip and Lebanon, the US military is testing its effectiveness against longer-distance cruise missiles,” the Israeli broadcaster Arutz Sheva noted.

The Pentagon may use Israel’s Iron Dome technology to develop and upgrade its own defense systems that can intercept a wider rage of aerial threats. The Army “could incorporate parts of the system into its indirect fires protection capability, which is being designed to defeat cruise missiles and drones as well as rockets, artillery and mortars,” The Defense News noted last month.

The tests, highlighting strong and long-standing U.S.-Israel defense cooperation, come after a failed attempt by the Democratic Party’s “squad” to cut the funding for the Iron Dome in the Congress. Despite their bitter opposition, the House in late September approved $1 billion for the defense system that protects Israeli civilians from relentless terrorist rocket fire.

“Squad” member Rep. Rashida Tlaib used the House debate to launch into an ugly anti-Israel tirade. Her comrade, Alexandria Ocasio-Cortez, cried over the vote. AOC “appeared to break down on the House floor just moments after she voted “present” on an effort to provide $1 billion in funding for Israel’s Iron Dome,” The New York Post noted.

The ground work for the tests was apparently laid down by President Donald Trump’s administration. “The US bought two Iron Dome batteries from Israel for $373 million in 2019. The first was delivered in late 2020 and the second in January 2021,” The Times of Israel reported. “The US military has been working to integrate the system into its air defense array since receiving the batteries, and conducted its first test of the system during the summer of 2021.”

“The 94th Army Air and Missile Defense Command is overseeing the temporary, experimental deployment of one of the Army’s Iron Dome Defense Systems to Andersen Air Force Base in Guam,” the U.S. Army said in statement last month.

It is also worth noting that during his tenure, President Trump was farsighted enough to call for the need to develop hypersonic weapons to counter Beijing’s capabilities. The mainstream media, ignoring the Chinese threat, mocked the then-president for mispronouncing the weapon as “hydrosonic” and for describing it as “super duper” fast.

The Communist regime “is investing in, and expanding, the number of its land-, sea-, and air-based nuclear delivery platforms and constructing the infrastructure necessary to support this major expansion of its nuclear forces,” the Pentagon report says. “The accelerating pace of the PRC’s nuclear expansion may enable the PRC to have up to 700 deliverable nuclear warheads by 2027. The PRC likely intends to have at least 1,000 warheads by 2030, exceeding the pace and size the DoD projected in 2020.”

Chinese military is expanding its global footprint by setting up military bases in Africa, the Far East, and the Middle East. “The PRC is seeking to establish a more robust overseas logistics and basing infrastructure to allow the PLA to project and sustain military power at greater distances,” the document revealed. “Beyond its base in Djibouti, the PRC is pursuing additional military facilities to support naval, air, ground, cyber, and space power projection.

This is a pretty good argument for why American military aid to Israel is a good idea. I mean the Israelis probably wouldn’t share their cutting edge missile defense technology w/ us if we weren’t giving them money.

Welcome to the New Cold War! One that’s likely to get quite hot as the CCP leadership will have no qualms or hesitation to use their nuclear capability if they perceive it will give them an advantage on the world stage.

Thanks, Vijeta, for the report – including context.

In the phrase ” uses the Iron Dome to protest Israeli towns,” protest should be protect.

Never made a mistake or just a jerk?

To me, our assistance to Israel’s defense is the proper way to provide help to a besieged nation.
It involves, with a very few limited exceptions, the provision of either arms or the money to buy arms, primarily from American firms.
They do not ask, nor is there any need for, American troops.
As an added bonus, their high tech resources which are the envy of the world, are used in mutually beneficial ways for the advancement of American security.