Sounds like another way to clamp down on free speech. But it also seems like 99% of the photos on Twitter are exempt so why even bother? 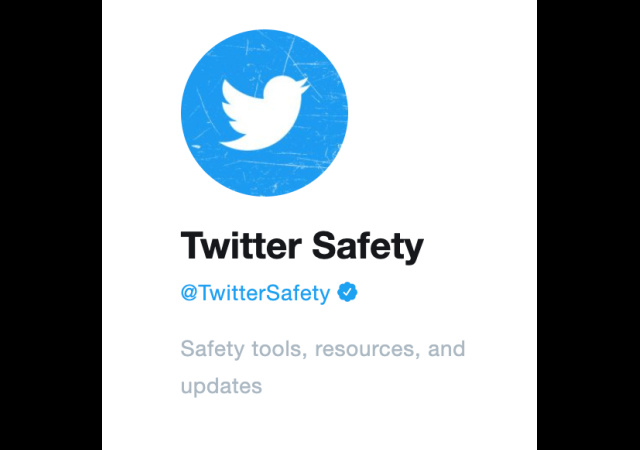 Jack Dorsey leaves Twitter and the company implements a new media policy stating it will remove some private photos and videos of people who did not give you permission to post it:

Sharing personal media, such as images or videos, can potentially violate a person’s privacy, and may lead to emotional or physical harm. The misuse of private media can affect everyone, but can have a disproportionate effect on women, activists, dissidents, and members of minority communities. When we receive a report that a Tweet contains unauthorized private media, we will now take action in line with our range of enforcement options.

Beginning today, we will not allow the sharing of private media, such as images or videos of private individuals without their consent. Publishing people's private info is also prohibited under the policy, as is threatening or incentivizing others to do so.https://t.co/7EXvXdwegG

When private information or media has been shared on Twitter, we need a first-person report or a report from an authorized representative in order to make the determination that the image or video has been shared without their permission. Learn more about reporting on Twitter.

When we are notified by individuals depicted, or by an authorized representative, that they did not consent to having their private image or video shared, we will remove it. This policy is not applicable to media featuring public figures or individuals when media and accompanying Tweet text are shared in the public interest or add value to public discourse.

However, if the purpose of the dissemination of private images of public figures or individuals who are part of public conversations is to harass, intimidate, or use fear to silence them, we may remove the content in line with our policy against abusive behavior.. Similarly, private nude images of public individuals will continue to be actioned under our non-consensual nudity policy.

Spokesman Trenton Kennedy said the company’s new policy will add to its “efforts to combat” doxing.

Kennedy promised the team “will heavily weigh the circumstances of a given post.” He tried to assure everyone that we should not “draw too many conclusions from past instances or hypotheticals.”

The team will also see if the post went on other social media networks along with “traditional media outlets.”

So Kennedy admitted that “if this is available and easily accessible off of Twitter” they won’t do anything about it on their site.

It sounds vague. I guess if I post a picture of my mother and me on Twitter and only on Twitter she can file a complaint?

Call me a cynic but I see this as yet another way in which Twitter will seek to control public discourse and shape a narrative that bears little resemblance to the truth.

They must be gutted that they helped share all the videos that supported Rittenhouse’s claim of self-defence.

In other words, this is just more bullshit from them so they can censor conservatives.

They INTENTIONALLY have the rules vague so they can claim that conservatives are violating their vague rules and justify instabanning them, while liberals will ALWAYS be given the benefit of the doubt and never have their content removed except under extreme pressure.

They are so predictable its actually pathetic.

I never understood the appeal in the first place.

I imagine it will cut down on black lawbreaker pictures.

Off-topic: had my surgical follow up today. All the bandages came off. The air blowing across my leg stung like crazy due to the nature of the work that they did. It’s where they borrowed some skin. They looked at it everything looked fine and then they bandaged it up so it wouldn’t hurt as much. My forearm and ham look like a moonshiners roadmap but the doctor is very pleased with the progress of my healing. It’s going to look nasty for a long time, but I think I’ll be fine. I said I would say that I have about 75% motion in my fingers. But it hurts a bit. The long of the short of it is I can practice short piano pieces. The only place he bald me out as I haven’t been keeping my hand elevated enough to reduce the swelling. That is all. We know return to our regularly scheduled comment making.

Glad to hear that. Soon we’ll have to start calling you Dex, to celebrate your restored dexterity.

Oh, I missed this. What kind of hand surgery did you have? I sympathize as I had a thumb joint replacement.

Removal of a cyst that was full of a high-grade form of Bartels carcinoma. The surgery involves two surgeries: one to remove a large area of skin and second once the biopsies were in to go back in and get the skin graphs to put everything back together again. It’s rather messy. My forearm and hand look like a moonshiners roadmap.

I’m guessing the new CEO’s previous racist statements will come under “private information posted without permission”.
As will all of Darrell Brooks’ history.

I am not a lawyer, but it is my understanding that there is no expectation of privacy while in public areas. So I can take a picture of anyone I want and I can publish it without their permission as long as it is for informational or educational purposes.
This is nothing but another loophole to justify their censorship, and it will undoubtedly apply only to conservatives.

That was exactly my thought as well – no expectation of privacy in public spaces, so good luck with that.

Private information about an individual…they are disguising this to sound like anti-doxing, but it will be used to censor news that is inconvenient to the left. So everything about Hunter Biden and future leftist scandals can now be censored.

Sounds like they want to destroy themselves. Fantastic news.

But if someone poses for a picture, in most instances, haven’t they waived any expectation of privacy?

The only reason I’d join at this point would be so I could quit again, and add that to my resume.

This sounds like it was written specifically to silence Andy Ngo. He frequently posts booking photos of antifa terrorists, people smashing things at riots, that kind of thing, as well as their identity.
Now those folks click report, and it goes away.

Makes me wonder if the regime change wasn’t to usher in a better Marxist operation.
Sure seems like it

This is just battlespace prep for hiding the identities of those committing riots and other crimes, as well as an excuse to censor pretty much any politically inconvenient pic depending on who’s in the background.

Basically if the left doxxes someone on the right and does so across multiple platforms, they won’t do anything about it.

Ah, the other shoe drops.