Kasab entered Israel in January 2020 with authorization to accompany his mother, who was being treated in Israel for a serious illness. 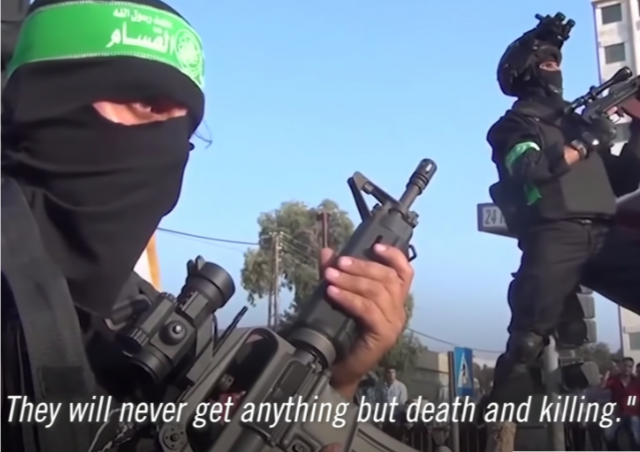 Israeli police arrested a Palestinian infiltrator plotting to kidnap and murder Israeli civilians. The 29-year-old Gaza resident, a member of the Hamas-affiliated terrorist outfit al-Aqsa Martyrs’ Brigades, is also behind a series of arson attacks in the country, the Israeli authorities say.

According to the Israeli media, Saleiman Kasab went into hiding last year after entering Israel on humanitarian grounds. He “entered the country in January 2020 with a humanitarian permit as an escort for his mother, who was being treated in the West Bank for a serious illness,” the Israeli news website Ynet News reported.

The terrorist “was trained in the use of weapons before entering Israel,” and Hamas “offered to cover his expenses if he agreed to kidnap Israelis, carry out shooting attacks,” the news outlet added.

The Jerusalem Post reported the nabbing of the terrorist infiltrator:

Police on Monday arrested a 29-year-old Palestinian from Khan Yunis in the Gaza Strip, for remaining in Israel illegally and for carrying out an arson attack in Ramle.

Kasab entered Israel in January 2020 with authorization to accompany his mother, who was being treated in Israel for a serious illness. After her treatment was completed, Kasab took advantage of his permit and remained in Israel as an illegal resident.

Under questioning, Kasab said that between September 30 and October 4 this year, he carried out arson attacks in Ramle.

It was also found that Kasab had worked with Hamas’s al-Aqsa Martyrs’ Brigades to promote serious terrorist attacks against Israel and that he was supposed to receive weapons to carry out these attacks.

The incident comes as Hamas leadership vows to reignite hostilities with Israel. “We can defeat Israel, we can target Israel, we have targeted Israel many times,” senior Hamas operative, Ghazi Hamad, declared last month. In May 2021, Hamas and allied terrorist groups used their bases in Gaza to fire over 4500 rockets at Israel.

Hamas, which is now holding ceasefire talks with Israel, is “demanding free movement on Gaza border,” The Times of Israel reported last month. Given Hamas’s notorious track record, this will only be used by the Islamist terrorist group to dig terror tunnels and carry out cross-border terrorist attacks. In August, 21-year-old Israeli border guard Barel Hadaria Shmueli was murdered by a Hamas terrorist who managed to sneak near his post and shoot him in the head at close range.

The latest capture of the terrorist infiltrator highlights the Palestinian strategy of misusing Israel’s humanitarian provisions to infiltrate the country. In 2005, 21-year-old female suicide bomber Wafa al-Biss tried to enter Israel under cover of seeking medical treatment. The failed bomber admitted that her Palestinian handlers instructed her to blow herself up at a crowded Israeli hospital.

Wafa al-Biss, now a terrorist celebrity following her release in 2011, has been using her stature to encourage Palestinian kids to carry out suicide “martyrdom” attacks against Israelis.

Hopefully, the Israelis will do what they can to extract as much information out of this terrorist as possible. Paging Gabriel Allon!

I doubt he has much information. He’s a flunky, hired to do a job. The people doing the thinking are elsewhere and he doesn’t know much about them.

And yet Rashida Tlaib and the rest of the usual suspects remain oddly quiet over their favored terrorist organization (Hamas) sending radicalized people over the border in an attempt to perpetrate acts of terror.

She’s a race hustler, no different than Al Sharpton.

True. Vile and ugly Tlaib likes to play the race card, when Muslims are not a race. Muslim supremacists are now dishonestly portraying themselves as alleged “people of color,” so that they can ride the victimhood train with American blacks. Which is an offensive and utterly absurd conceit, given that 1) Muslims are not now, and, have never been, a victimized group; and, 2) Jews pre-date Muslims’ presence in the Middle East, and, originate from the same area. Meaning that if one considers Muslims to be “people of color,” Jews are, too.

It is clear that no Palestinian should be offered any humanitarian aid. It is crazy to do anything to extend their lives.

Start w0rrying about these psychos blowing up people in America. Obama and Biden brought them in wholesale.

What do the vile Dhimmi-crats have to say about the perpetually belligerent behavior of the Muslim supremacists, terrorists and reprobates whom they constantly lionize as alleged “victims?”