Davison is the first Republican elected in Seattle since 1989. 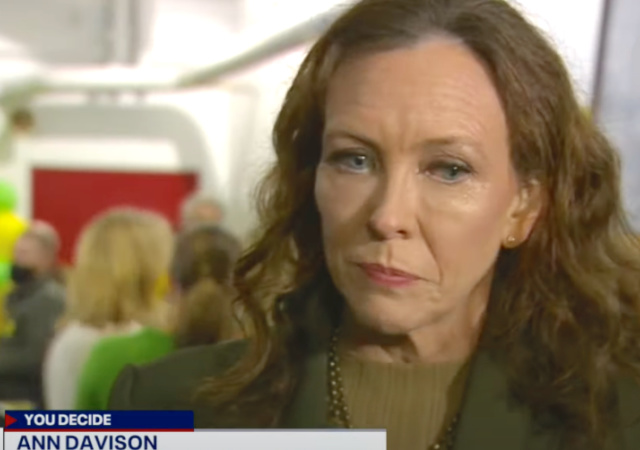 Remember, the loudest groups are not always the majority!

Seattle sent a clear message to the loudmouth progressive babies who want to abolish police and jails by electing Republican Ann Davison as the city’s city attorney.

Davison is the first Republican elected in Seattle since 1989. She is also the “first woman to serve as city attorney”:

At one end stood Thomas-Kennedy, a former public defender who wants to ultimately abolish misdemeanor prosecutions. During the unrest that swept the city in the summer of 2020, she tweeted about her “rabid hatred of the police” and pronounced property destruction during times of protest a “moral imperative.”

At the other end was Seattle attorney and arbitrator Davison, whose perceived transgression for some in liberal Seattle was seen as being as bad as anything her opponent said on social media: She declared herself a Republican in 2020, while President Donald Trump was in the White House.

Davison ran as a Democrat for City Council in 2019.

The department has a $35 million budget with around 200 attorneys in three divisions: “Criminal, civil and administration.”

The campaigns centered around misdemeanor crimes:

Thomas-Kennedy said she’d work to reduce — and eventually eliminate — misdemeanor prosecutions, arguing they are wasteful and criminalize poverty. Prosecution would remain an option for repeat drunken driving, minor assaults and violent crimes, but most defendants would be referred to mental health, addiction or restorative-justice programs.

On the civil-law side, Thomas-Kennedy has said she would defend progressive tax laws, sue fossil-fuel companies and work to overturn the state’s ban on affirmative action.

The Seattle Times said that Davison has not been specific with her plans, but “generally advocated a more aggressive stance toward burgeoning homeless encampments and people who repeatedly commit crimes.”

I’m guessing she must be a RINO

Maybe, but that might yet still be better than a communist.

She is, unfortunately. Moreover, she does not appear to be really qualified to act as City Attorney. I hope she grows into the position.

How can you say she doesn’t appear qualified? Her predecessor decided not to prosecute anyone for any crime whatsoever. How hard can the job be? Certainly Davison could handle that.

She lives in Seattle. I’m sure you would have preferred someone with more conservative chops, but if you’re in the desert, don’t expect to meet a polar bear. They don’t survive there.

Chances of Seattle all turning into Trump supporters isn’t good so would bet she is a RINO but maybe at least not a card carrying Marxist.
Good luck to her, she will need it.

She’s better than the garbage they had in office. She might not be more than a finger in the dyke, but at least she’s that.

Maybe there’s hope for Seattle, that it might avoid becoming San Francisco or Portland.

When the Dhimmi-crats elect a Republican, you know that they are truly desperate for an adult to clean up the mess left behind by the children apparatchiks.

Or somebody to blame it all on.

Soros and Gates will ensure that this trend is “aborted.”

I GUESS PEOPLE finally got tired of electing morons of the left to office???

All we need to know about Seattle politics: “ Davison ran as a Democrat for City Council in 2019.” Just a pinkish shade of Progressive.

What this uneducated fluffball doesn’t understand is that the acts of her beloved criminals actually CREATE poverty. Following the ‘protests’ of 2020, there were entire blocks downtown, shut down and boarded up after being violently invaded by (as the Seattle Times insisted) ‘peaceful protesters’ who included swarms of looters. So where there had been jobs, now there were rents and repair bills to pay and months to pass before any of those jobless workers would have an income again. They’d been thrown into poverty by those ‘peaceful protesters’ while Thomas-Kennedy quacked about the moral imperative of property destruction.

We can give thanks that some Seattle voters retained some common sense about governance. And she should be tarred and feathered and run out of town on a rail.