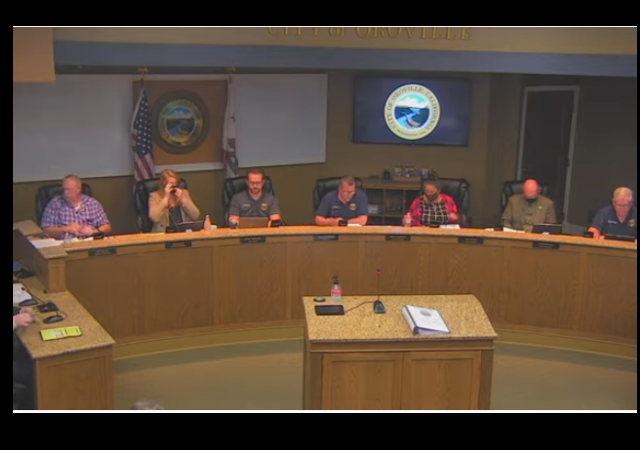 The last time we discussed the California city of Oroville, we were reporting on the potential for its dam to catastrophically break.

Now the city is back in the news, taking on Sacramento and trying to counter its questionable policies.

A city council in California overwhelmingly voted to declare the city a “Constitutional Republic City” to protect its citizens’ rights in light of federal and state mandates.

“What we are doing is protecting our citizens’ rights as much as we can on the local level,” Oroville Vice Mayor Scott Thomson told Fox News Digital.

“In a way, we are acting as a sanctuary city for our citizens and their rights and freedoms protected by the U.S. and state constitutions,” he added. “Gavin Newsom modeled this type of declaration for us when he declared San Francisco a sanctuary city for what he believed to be overreach by the federal government against his citizens.”

Turnabout is fair play: Oroville is using the progressive approach to “Sanctuary City” for illegal immigrants and turning it around to serve Californians.

“It’s just basically drawing the line,” Thompson said, according to the report. “It’s not necessarily against one specific mandate, we’re not talking about one mandate that’s been pushing on us recently it’s a barrage of mandates.”

Thompson previously told ABC 7 in an email: “this has to do with the large amount of mandates that are affecting every aspect of our lives and our kids’ lives. The American culture and way of life is being challenged at its very core and perverted by radicalized politicians who have forgotten that, as a republic, the power belongs to the people.”

According to the CBS 13 report, the resolution aims to allow the city to opt-out of enforcing “any executive orders issued by the state of California or by the United States federal government that are overreaching or clearly violate our constitutionally protected rights.”

Councilmember Janet Goodson mentioned the possible impact on finances, saying Oroville has received about 4.8 million in COVID funding over the past two years. But her concerns were addressed by the city attorney.

The resolution is not a policy, nor does it change the city’s ordinance. It can be modified or amended at any time, therefore city attorney Scott Huber says, “As a result, there is no risk of loss of funding with it.”

An example he used was when cities passed resolutions declaring themselves ‘sanctuary cities’ violating federal law.

The courts ruled specific actions would need to be taken to lose funding.

“I am quite certain that this would not result in any loss of funding for the city. In the event that it could in the future you could revise this and do what you will but this is not going to put it jeopardy any state or federal funding.”

I sure hope that Oroville’s dam against senseless mandates is strong and effective.

Follow the science, not take a knee to the cargo cult, nor bend to the will of legal indemnity. Oh, and the masks, have got to go. Respirators. protective clothing, and eye protection r for people… persons at risk. Otherwise, look for the symptoms, unless they have been full “vaccinated” and are potentially silent spreaders.

The list grows longer every day of those that died of the Jab, not the WUFLU. Even Pfizer lied about the jab death data.

I’m not, the vast majority of the people who died to C19 had multiple co-morbities. It’s that whole difference between “with” and “of”.

Why would you be sure about that when nobody not on the inside can be sure of anything? The public is not allowed to receive accurate and reliable information from mainstream sources. They have declared openly that they will not say anything that might tend to discourage people from accepting the so-called “vaccines.”

So, your attitude is quite irrational, to say the least.

When the city fathers carefully explain that they can virtue signal resistance to the king without any actual risk of losing the kings coin, I don’t exactly see profiles in courage. I’m sure all the residents are heartened to know that they are “protection” are carefully designed to fold like a wet blanket

Jerry Brown wanted the Dam to fail.
He emptied Folsom lake in 2011 and the water rushed down the streets to claim ‘climate change’
I was there, I know it.

Perhaps Oroville ought to declare their city to be in compliance with the Nuremberg Code.

Makes sense. The mandates have nothing to do with a virus.