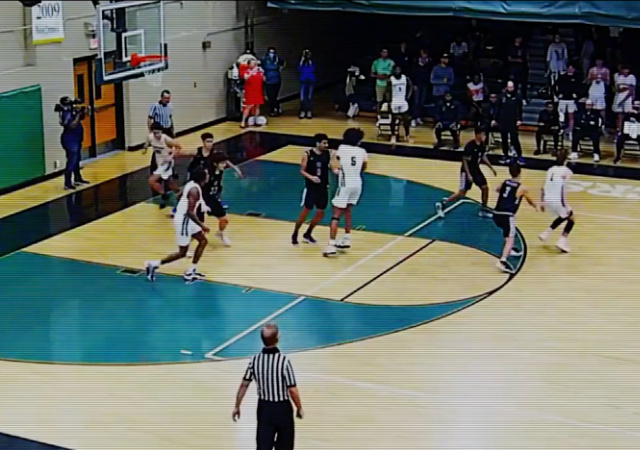 The California Interscholastic Federation came down hard on Coronado High Schoo after students allegedly threw tortillas at the mostly-Latino Orange Glen after a basketball tournament.

Guess who really did it:

Less than 12 hours after the game, the Coronado Unified School District’s board blasted the “racism, classism, and colorism which fueled the actions of the perpetrators.” The California Interscholastic Federation soon stripped the championship from the high school, imposed sanctions on all of its sports programs (yes, even women’s lacrosse) and made racial sensitivity training one of the conditions for redemption.

It was not until nearly two months later that I learned what had been reported was wildly inaccurate. Programs like the Anti-Defamation League’s (ADL) No Place for Hate had been quick to brand the teenagers on the team as racist but it was a 40-year-old man named Luke Serna that had brought the tortillas. He has been described by the townspeople as a Coronado alum who had not been to a game all year, a latino, a president of a local union and a political activist with ties to the island’s left-wing groups that advocate for critical race theory (CRT). It was this man who told the players, cheerleaders and fans to throw the tortillas in the air in celebration if Coronado won.

One thing missing from the media accounts that I read or watched was that everyone in that gymnasium possessed enough common sense to ignore the stranger and his tortillas. That is, everyone but the two excited 14-year-old JV players who threw the tortillas up in the air.

It would seem that the parents would have simply addressed this situation for what it was worth, but the powerful and ever-expanding racial justice industry saw this as a golden opportunity to expand its powers.

“Colorism” haha now they’re just making up words. They should’ve really loaded up that pearl clutching with a few “systemics” while they were at it. It would be fine if the “diversity” racket just confined itself as a playpen for mediocrities with zero useful skills or talents, but unfortunately too many people take these reprobates seriously and give them power. If only Raid would come up with a formula to deal with woke infestations.

so yet another hate crime hoax

Racial incidents are so rare we are now forced to invent them, a la Jussie Smollet

The man is not a ‘leftist’. He is a Democrat activist. Extending degrees of separation to our enemy aids them and not us.

When I hear about things like this I generally assume fake. I am
willing to hear evidence to change my mind but these things definitely get
my full innocent until proven guilty.

I knew it: the Democrats are the real tortilla racists.

Meanwhile, the actual perpetrator of the hoax has moved on to his next target.

Why hasn’t he been strung on rope yet?