This professor gets a pass unlike a chemistry professor last year who called COVID the “Wuhan Flu” and “Chinese Communist Party Virus.” 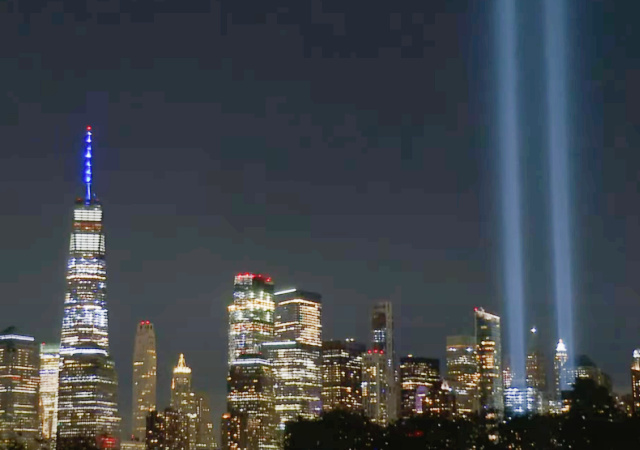 I wrote about Syracuse University Professor Jenn Jackson on Monday. I still want to know how she became a political science professor.

Anyway, she tweeted that 9/11 “was an attack on the heteropatriarchal capitalistic systems that America relies upon to wrangle other countries into passivity.”

Syracuse University Chancellor Kent Syverud and Dean David Van Slyke issued a joint statement Monday, saying it was within Jackson’s rights to post the tweets. They also said Jackson has faced threats because of their remarks, and the university has connected with federal, state and local law enforcement agencies over those threats.

Some critics have called for Jackson to be fired, which Syverud and Van Slyke said will not happen. The university also will not condemn Jackson’s actions, the statement said.

“As the home of the Maxwell School of Citizenship and Public Affairs, free speech for all people across the political spectrum, within the limits of the law and the University’s anti-harassment policy, is one of our key values,” the statement read. “Speech can be offensive, hurtful or provocative. Still, Syracuse University will stand by the principles of free speech and by our commitment to keeping our community safe in the face of threats and harassment.”

I completely agree. I only have a problem with it because I doubt Syracuse doesn’t apply the free speech argument to everyone.

Last year, Syracuse University placed chemistry professor Jon Zubieta on administrative leave after he included the words “Wuhan Flu” and “Chinese Communist Party Virus” on a course syllabus. Zubieta later released a statement explaining his actions, which was posted by the Foundation for Individual Rights in Education (FIRE).

“My intention was to mock the euphemistic conventions of PC culture rather than the Chinese people or their great heritage and traditions,” Zubieta wrote in the statement. “The actions of the university in placing me under suspension and in practice seemingly supporting the accusations of racism and Sinophobia are deeply disturbing.”

Zubieta applied for reinstatement and is currently listed as being a faculty member on the university’s website.

She is free to have those opinions and express them, She is not, however, immune from sharp criticism of them, nor to scream “RACISM” to silence her opponents.

With outrageous comments, comes outraged public opinion. If she can’t stand the heat—she should not have turned on the oven and thrown gasoline into the kitchen while standing next to it.