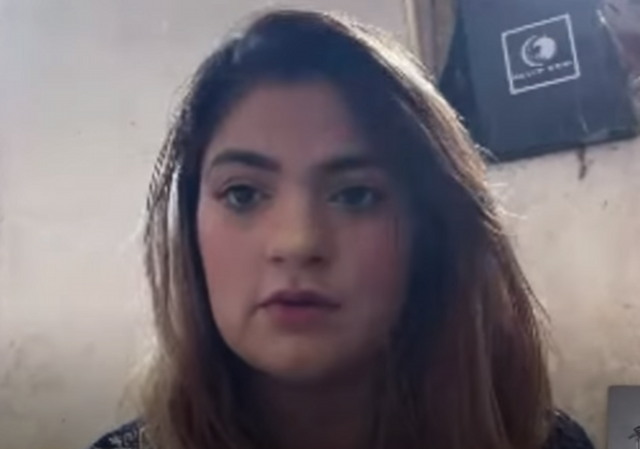 A young woman from California going by the name ‘Narisa’ is pregnant and trapped in Afghanistan. She claims to have been kicked in the stomach by members of the Taliban and says they are going door to door, hunting for Americans.

Can you even imagine being in her current position?

A pregnant woman named Nasria, a California native, flew to Afghanistan in June to visit family and get married. As of early September, she remained one of the estimated 100 to 200 Americans left behind in the chaotic withdrawal of U.S. forces, according to a report.

Now that the U.S. military is gone, the Taliban is “hunting Americans,” she told the Voice of America.

“Apparently they’re [the Taliban] going door-to-door … trying to see if anybody has a blue passport,” she said.

Last week, U.S. Rep. Darrell Issa, R-Calif., who has been working to rescue Americans remaining in Afghanistan, said during an appearance on Fox News that Nasria had been kicked in the stomach by Taliban fighters.

“Anyone who says there aren’t people stranded is wrong,” Issa said during the broadcast.

Alia Shoaib of The Insider has more:

Nasria described the traumatic experience of trying to leave Afghanistan amidst the chaos at Kabul airport.

She said she and her husband spend days sleeping on the streets around the airport, hoping to get on a flight.

She eventually got in touch with the State Department, who told her to meet them at a specific location near the airport, but despite waiting for 12-13 hours at the location with no food and water, no officials arrived.

Nasria had permission to enter the airport and board an evacuation flight, but Taliban guards prevented her from getting past them.

“Our troops were literally at the gate, just waiting for us to continue walking, and [Taliban fighters] had blocked us,” she told VOA.

At one point, she managed to get past the fighters. “They started shooting right by my leg and told me to come back, or they will shoot me,” she told the outlet.

In the video below, she talks about her efforts to leave Afghanistan and what the Taliban is doing:

Rep. Darrell Issa (R-CA) has been working tirelessly to get remaining Americans out of Afghanistan, and he is aware of her situation.

Nasria, a pregnant American citizen, has braved beatings and harassment by the Taliban trying to get past their checkpoints to return to the US. This is one of the individuals we continue to help. All should know the Americans left behind in Afghanistan by President Biden.

The Biden administration is already trying to move on from Afghanistan, but this is an ongoing crisis.

This young woman is one of many Americans who are still trapped.

Pregnant or just missed her period? It’s hard to know what degree of moral outrage to adopt here.

Why does it matter, she is American.

Evacuate military then civilians……makes sense if you are the Taliban.

What are people thinking?

She went there in June. Right here on LI last week was a story based on an interview with one Ross Wilson who was billed as the ranking diplomatic person at the US embassy in Kabul. He stated that the embassy (read State Department) had begun notifying US citizens in April that it was time to leave Afghanistan. He said those notices went out every 2 weeks and each was more strongly worded than the previous one. (He did not have any file copies to back this up, however.)

So in April and May notices to leave are being sent out from the embassy and this woman decides to travel to –TO — Afghanistan, to get married, no less. One must assume to an Afghan.

At that time would the State Department have any say or control as to people traveling from the US to Afghanistan, what with a war cooking on the back burner, and the military withdrawal on the horizon? There are some unexplained goings-on here.

I’m curious, what medium did they use for these notifications? A phone call? Postcard? Website banner? Tweet?

I wonder the same.

Well, there are two reasons to believe those memos never existed, the second being that obviously Biden wasn’t getting the memos.

The article’s use of the term “American” is meaningless. Anyone who steps illegally across the border is now an “American.” Our government hands out cheap citizenships more freely than the companies that jam up my mailbox with cheap mailers. The only “Americans” that are in Afghanistan are those Afghans with cheap citizenship papers, or those who didn’t have the sense to leave.

A pregnant woman named Nasria, a California native, flew to Afghanistan in June to visit family and get married.

I think I see the problem here. My wife is an immigrant, a legal one from Tanzania. Not everyone who wants to immigrate to the US is willing to assimilate and respect our Constitution and laws, yet anyone who dares to point out this fact can expect to be demonized and dehumanized by the forces of Diversity Inclusion and Equity. This is doubly true from Muslim majority countries, whose allegedly “moderate” inhabitants often seek to impose Islamic law on our country.

With respect to immigration law, it is far easier to bring an already married spouse into the US than it is to get a visa for the purpose of getting married in the US. There are severe penalties for those who marry in order to evade immigration law, but in practice these penalties are rarely enforced. If you wanted to game the immigration system, and sneaking across the porous US-Mexican border was not an option, this is the next best thing.

Moreover, I am flabbergasted that she and her spouse apparently didn’t know the political score in Afghanistan. The situation had been deteriorating for some time, and the only people who didn’t know it are the ones who worship the American media (which routinely lies about most everything). People actually living in Third World countries are often better informed about world events than “sophisticated” American news consumers. It strains credibility to think she and her spouse didn’t know what was happening. I think there is much more to this story than we are being told.

“Am I going to end up dying here?”

She apparently doesn’t understand the fate of infidels under the rule of Islam. Execution is the fate of men. Women become sex slaves, to be raped at will, then sold when the current owner tires of them.

Good, she’s back where she belongs.

….and another little lefty playing radical discovers America is not the bad guy.

Meanwhile, Slow Joe is taking a long weekend in Delaware. Yes, the crazy old uncle you try to avoid at Thanksgiving is president.