Hamas calls for a “Day of Rage,” Palestinians riot in the West Bank, Gaza and East Jerusalem. 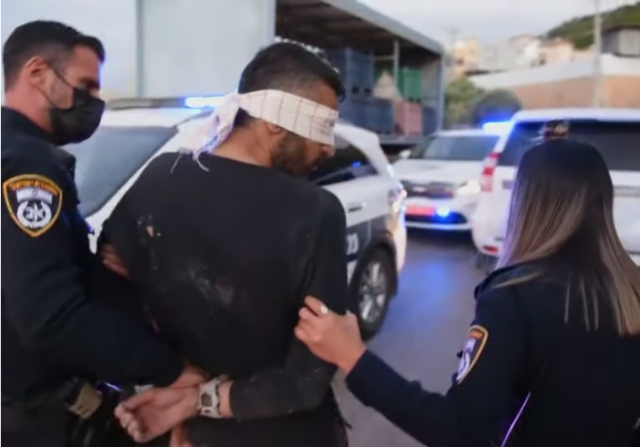 Israeli security services have arrested four of the six Palestinian terrorists who escaped from a high-security prison earlier this week. The fugitives were arrested at two separate locations by the Israeli police’s counterterrorism unit, news reports say.

The terrorists were apprehended after a six-day nationwide manhunt conducted by the Israeli security service and military. Among those nabbed on Saturday include the high-profile commander of the PLO-Fatah’s Al-Aqsa Martyrs Brigade terror group, Zakaria Zubeidi. The rest of the five escapees belong to the Palestinian Islamic Jihad terrorist group.

All these terrorists have been convicted on multiple counts of murder. “The fugitives have together been responsible for the deaths of dozens of Israelis,” The Jerusalem Post reported earlier this week.

Israel has recaptured four of the six Palestinian terrorists who escaped from a high-security prison earlier this week in one of the most spectacular breakouts in the country’s history, police said Saturday.

Since Monday’s breakout, the army has poured troops into the West Bank for a massive manhunt.

But the two latest fugitives to be recaptured, who include both a notorious former terrorist leader and the alleged mastermind of the escape, were found hiding in a lorry park just outside Nazareth in northern Israel, police said.

Zakaria Zubeidi is a former militant leader of the Fatah movement of Palestinian president Mahmud Abbas in the West Bank town of Jenin, while Mahmoud Ardah was sentenced to life in prison in 2002 for his role in Islamic Jihad’s armed wing.

“Two more prisoners who escaped were captured a short time ago… while they were hiding in a parking lot for trucks,” the police said.

“The hunt for the other two fugitives continues.”

To keep up morale, #Gaza media outlets are sharing badly photoshopped photos of the two escaped Islamic Jihad convicts who were apprehended this evening, to make them look as if they are smiling.
🤪🤪🤪 https://t.co/l6US2K5LmS pic.twitter.com/mbQy2D5x2C

While the Palestinian Islamic Jihad feted the fugitives for their “great heroic act,” two of them “were found hiding under the wheel of a truck” near the Israeli city of Nazareth,” the Jerusalem Post reported on Sunday.

The Islamic terror group Hamas, which on Monday had called for a “Day of Joy” to celebrate the prison break, joined other Palestinian terrorist outfits in calling for a “Day of Rage” over the recapture of the notorious terrorists.

Their Palestinian supporters followed the call and rioted in the areas controlled by the Palestinian Authority and Hamas.

Palestinians call for 'day of rage' Saturday to protest the capture of 4 of the six inmates who escaped from Gilboa Prison.

“Palestinians have been celebrating the breakout with demonstrations in both the West Bank and the Israeli-blockaded Gaza Strip, some of which have been accompanied by rioting,” Israeli news website Ynet News reported. “Islamic Jihad and Hamas, the Islamist rulers of Gaza, have called for a “Day of Rage” in the West Bank on Friday.” the news outlet added.

The Times of Israel reported Palestinian rioting in response to the news:

Palestinians held demonstrations on Friday night across the West Bank, some of them violent, after the Israel Police captured two of the six Palestinian security prisoners who escaped from jail earlier this week.

Prime Minister Naftali Bennett reportedly convened a number of police and military officials for an assessment of the situation in the early hours of Saturday morning, an unusual step for the religiously observant premier to take on the Jewish Sabbath.

There was no official announcement or confirmation on the matter. Hebrew media reports said up to 1,000 demonstrators and rioters took part in protests at 11 locations across the West Bank.

The Gaza-based terrorist groups reacted to the news by firing rockets into Israel. “At least one rocket launched from the southern Gaza Strip was intercepted by the Iron Dome missile defense system,” TV channel i24News reported.

Not even sure why the Israelis (or the United States for that matter) seem to think that imprisonment of these terrorists is a good thing. They’re never going to change their minds and they can be used as “martyrs to the cause”. Better to simply take them out back behind the prison, put a bullet in their head and bury them in unmarked graves.

The judiciary and legal establishment who control the country would never allow that. So long as the elected government must obey them, Israel will be governed by “enlightened” European values, no matter how the people vote. The biggest irony is that Israelis call this “the rule of law”.

Then bypass the civil judiciary and the legal establishment and give them a fair trial in a military court, find them guilty, and then put a bullet in their heads as a warning to all other terrorists that there will be fatal consequences for their actions when they are caught. That is the only way to stop these terrorists.

The legal establishment controls the military courts. Like every branch of government, the IDF’s “legal advisors” have veto power over all military decisions.

When are they capturing Biden and Susan Rice?

Hopefully the IDF will kill the last two Muslim terrorists/supremacists/thugs and then ugly and vile Ilhan Omar, Rashida Tlaib and the rest of their Jew-hating, Israel-vilifying, Muslim terrorist-supporting, Dhimmi-crat ilk can watch the funeral proceedings on Zoom.