Enraged by the recapture of the remaining terrorists, Palestinian “rioters threw stones and explosives at the troops and gunmen opened fire in the area.” 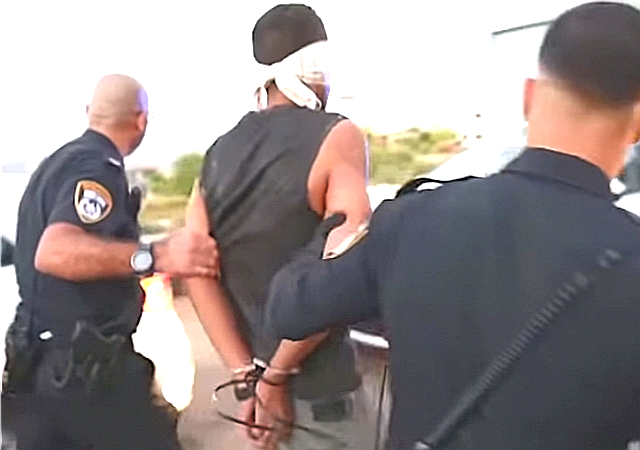 Israeli security services have arrested the last two remaining terrorist fugitives who escaped from a high security prison earlier this month. Munadil Nafayat and Iham Kahamji, both members of the Palestinian Islamic Jihad, were nabbed in the Palestinian city of Jenin, ending a massive thirteen-day manhunt.

On September 6, six Palestinian terrorists broke out of the Gilboa Prison in northern Israel. The escapees included five members of the Palestinian Islamic Jihad and a high-level terror operative of the PLO-Fatah’s al-Aqsa Martyr’s Brigade. These hardened terrorists were collectively responsible for the “deaths of dozens of Israelis,” the Jerusalem Post reported.

In a joint operation with the ISA, @IsraelPolice and the IDF, the remaining 2 terrorists who escaped from “Gilbo’a Prison” were captured.

Both terrorists surrendered after being surrounded by security forces that acted precisely based on accurate intelligence.

Israeli media noted the terrorist background of the last remaining fugitive nabbed by the Israeli security forces. “Iham Kamamji, 35 was arrested for his involvement in the abduction and murder of Eliyahu Asheri in 2006 and is serving two life sentences and Munadel Infeiat, 26 was arrested in 2019 for terrorist activity and his trial is still ongoing,” the Israeli news website Ynet News reported.

The last two inmates of the six escapees from Israel’s Gilboa prison were recaptured in the West Bank city of Jenin, the IDF announced on Sunday.

The two prisoners, Iham Kamamji and Munadil Nafiyat, were apprehended through the collaborative efforts of Israel’s Shin Bet security services, counterterrorism police, and the IDF.

“The two terrorists were caught alive and were handed over for interrogation by the security forces,” the military announced, reported by The Times of Israel.

Prime Minister Naftali Bennett issued a statement expressing his gratitude towards the authorities who apprehended the prisoners.

“I would like to thank the security forces that worked day and night, including over Shabbat and holidays, to bring the event to a close. What has broken down – it is possible to rectify.”

Four of the fugitives, including Al-Aqsa Martyrs Brigade commander, Zakaria Zubeidi. were caught by the Israeli police last weekend near the Israeli city of Nazareth. Zubeidi, the most notorious of them all, was “found hiding under the wheel of a truck,” the news reports said.

The recapture of these high-profile terrorists has dampened the mood of  Palestinian terrorist groups. The Gaza-based Islamist group Hamas had declared a “Day of Joy” to celebrate the prison break. The relatives and friends of the terrorists were previously seen celebrating by handing out candies to passersby, Israeli media reported.

“Palestinians in the West Bank and Gaza Strip have celebrated the escape and held demonstrations in support of the prisoners. Taking part in attacks against the Israeli military or even civilians is a source of pride for many Palestinians,” The Associated Press reported on Sunday.

The enraged terrorist and jihadi outfits are now calling for a “Day of Rage” to mark the recapture of their murderous comrades.

The news of the latest arrest triggered a violent response from the Palestinian residents of Jenin, where the fugitives were hiding. “As forces were leaving the city, riots broke out in a number of locations, during which rioters threw stones and explosives at the troops and gunmen opened fire in the area,” Israeli military said in a statement on Saturday.

I do not know how they managed to escape, but I can assure you of this—they will not escape again.

I still think it was a sting. Now Mossad dumps all the GPA tracking info from their embedded chips, and moves in to clean up their HQ locations.

Personally, I think they should always embed a chip under the skin of terrorist prisoners. It doesn’t have to do anything. And it can just be a piece of inert material. But let it “leak” that it’s a tracking chip and association with those who have been captured and released dries up. (And a single drone strike on a meeting will convince everyone.)

have to admire the restraint of the israeli forces–righteous as it might have been to waste them on the spot, no reason to make them “martyrs”

Not to mention Hawaiian judges.

The twentieth anniversary of the Muslim terrorist 9/11 attacks should be cause for reflection — the vile Dhimmi-crats, and, their Leftist, dhimmi equivalents among European Leftists, persist in their efforts to rationalize, excuse, whitewash and otherwise ignore the intrinsic pathologies of the ideology of “Submission” — supremacism, totalitarianism, belligerence towards, and, hatred of, non-Muslims — as well as excusing and rationalizing the evil behavior of this ideology’s most fervent adherents.

six Palestinian terrorists broke out of the Gilboa Prison
collectively responsible for the “deaths of dozens of Israelis,”
And THIS is why you should have the death penalty. The same mistakes Israel made 3400 years ago.