The Biden admin urges “Iran to provide the IAEA with needed access without further delay.” 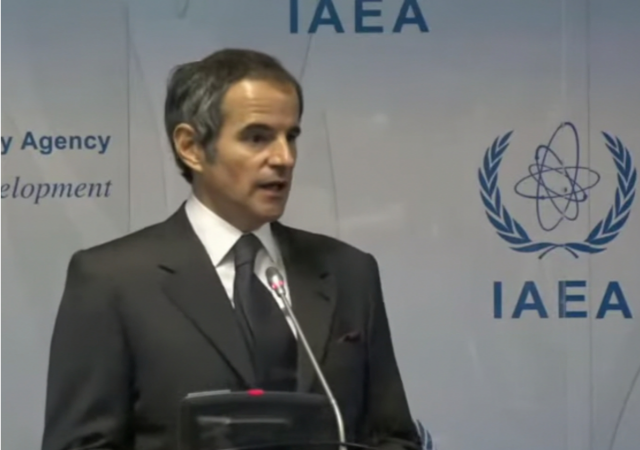 Iran is blocking United Nation’s inspectors from accessing cameras and monitoring equipment at one of its key nuclear sites, the UN International Atomic Energy Agency (IAEA) disclosed on Monday.

The regime tried to downplay the extent of the destruction, but later satellite images showed evidence of a significant fire or an expulsion at the site. The damage to the facility was a notable setback for Iran as the centrifuges from the factory were being deployed to produce near-weapons-grade uranium.

Tehran appears to have destroyed the footage recorded by IAEA cameras at Karaj. “The workshop at the TESA Karaj complex makes components for centrifuges, machines that enrich uranium, and was hit by apparent sabotage in June in which one of four International Atomic Energy Agency cameras there was destroyed. Iran removed them and the destroyed camera’s footage is missing,” the France-based Euronews TV channel disclosed.

The U.N. nuclear watchdog said on Sunday Iran had failed to fully honour the terms of a deal struck two weeks ago to allow the watchdog’s inspectors to service monitoring equipment in the country.

“The (IAEA) Director General (Rafael Grossi) stresses that Iran’s decision not to allow agency access to the TESA Karaj centrifuge component manufacturing workshop is contrary to the agreed terms of the joint statement issued on 12 September,” the International Atomic Energy Agency said in a statement.

The Sept. 12 agreement, reached on the eve of a meeting of the IAEA’s 35-nation Board of Governors, meant Western powers chose not to seek a resolution criticising Iran at that meeting since the equipment’s memory cards would be replaced just as they were due to fill up.

The disabling and disrupting of the IAEA monitoring cameras allows Iran to sneak out enriched uranium from the facility and divert it to its nuclear weapons program. Last week, The Jerusalem Post asked if “the International Atomic Energy Agency’s loss of cameras for monitoring Iran’s uranium enrichment allowed the ayatollahs to make portions of the nuclear material disappear?”

“Islamic Republic could be moving enriched uranium to other clandestine sites where it could secretly achieve nuclear weapons capability, even after it allows the agency’s inspectors and their cameras to return to the main facilities,” the newspaper concluded.

Amid Iran’s repeated violations, the Biden White House begs the Mullahs to return to the table. “The Biden administration is imploring Iran to quickly return to talks on its nuclear program after a thee-month hiatus caused by its government transition, warning that the window for negotiations may soon close,” the Associated Press reported on Friday.

When Iran gets the A-bomb, is will be spun as Trump’s fault.

Israel won’t allow that to happen.

Did anyone NOT see this coming?

Would a cruse missile with a nuclear warhead be a good solution for this problem?

It’s become too easy to shoot down a single cruise missile and a nuke would be an escalation nobody would want. However, a self guided MOAB or a fuel-air bomb dropped from around 30,000 feet might make a nice mess of the facility with the added benefit of scattering any radioactive material a good distance.
.

Why is it that Islamic terrorists keep blowing themselves up when building bombs? We’ll never learn so long as they keep removing UN monitoring equipment. That sacred knowledge cannot be allowed to fall into the hands of us infidels.

Change to read: “Iran does not want to UN inspectors to see nuclear bomb they are making.”

I don’t think anyone needs more evidence that Biden/Obama are Neville Chamberlain reincarnated. “Peace for our time.”