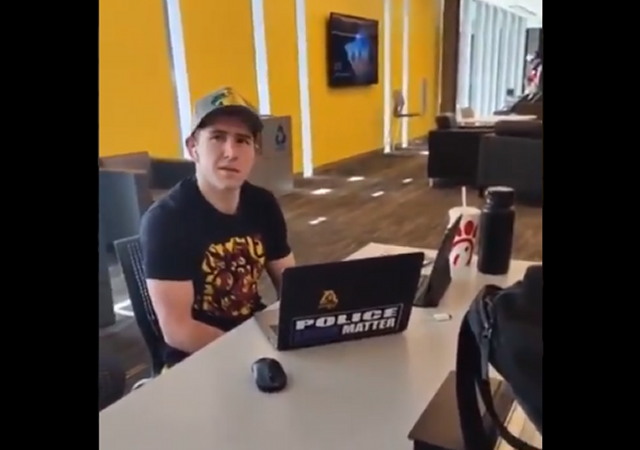 Two young white men at Arizona State University were sitting in a campus multicultural center doing schoolwork, when they were approached by two female students of color who berated them and called them racist.

The Twitter account that posted the video then launched a GoFundMe for the male students, but the company shut it down.

BREAKING: GoFundMe has removed my campaign to raise funds for the two hero students at ASU who were viciously attacked for being white pic.twitter.com/t65hyfY8XD

Show of hands. Who is surprised?

You forgot to include those with no hands….

Because I’m a no good rotten hand-ist.

GoFundMe is lethally “woke” and has been for at least a year.
They did it to Kyle Rittenhouse, they’ll do it to you.
GiveSendGo is the recommended funding site for Americans with traditional values. They’re Christian, but you don’t have to be. They also don’t take any cut of the recipient’s proceeds off the top (or any other way). Instead, they ask donors to chip in a vountary “tip” at donation time. I always make it generous, because loyal allyship is valuable.
I won’t even give to very fine causes through GoFundMe. I write, inform them about GFM’s taint, and promise them an $X donation if they open up a GiveSendGo account.

I forgot to mention: Fundly is pretty much equally “woke,” though not quite as “in your face” about it.