“By keeping students enrolled, a school can increase the funding it receives from taxpayers. At Claremont, that included students who were dead.” 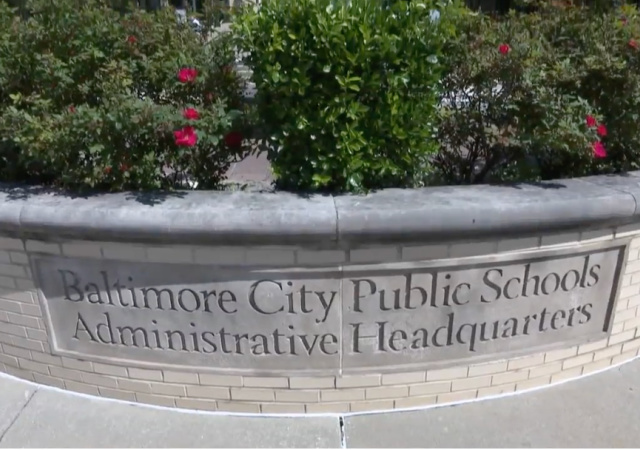 What is going on in the Baltimore school district? I’ll list our past stories at the end because this one is a biggy.

Fox Baltimore reported on ghost students and classes at Augusta Fells Savage about four months ago.

The same network interviewed former Baltimore City Schools principal Angel Lewis, who said it sounded like something at her school, Claremont Middle/High School.

Lewis alleges this happens at a lot of schools because the district wants to pass students so bad that officials have kept dead students on the roster and enrolled others in fake classes:

Angel Lewis tells Fox45 News she was recruited by Baltimore City Schools in 2016 and brought in to help a troubled school east Baltimore. She says North Avenue knew about ghost student and ghost classes, years ago, because she told them.

Lewis has watched over the past few months as Project Baltimore exposed the massive scandal at Augusta Fells Savage in west Baltimore. For her, it seemed all too familiar.

“I believe that it is happening at many schools,” Lewis told Project Baltimore.

North Avenue, earlier this month, released the explosive findings of its internal investigation into Augusta Fells. Those findings confirmed six months of Project Baltimore’s reporting, finding grades were improperly changed while upwards of 100 students had questionable enrollment status. The report also found Augusta Fells students were enrolled in classes that did not exist, which Lewis says was happening at her school, Claremont Middle/High School in east Baltimore.

“I had already reported this information. And so that’s why I can emphatically say City Schools was absolutely aware of it,” Lewis told Project Baltimore.

Lewis is suing the district for wrongful termination. She accused them of violating the state whistleblowing protection laws after she brought the wrongdoings to officials.

The complaint included graduating students who did not have the credentials and unqualified teachers.

But the ghost students. My goodness.

Lewis said staff members went through the rosters with her. They told her which students attended, did not attend, and dead. She had five dead students in her school when she took over from previous principal Kamala Carnes.

Yes, the school kept dead students on the rosters:

By keeping students enrolled, a school can increase the funding it receives from taxpayers. At Claremont, that included students who were dead.

“One of the teachers even mentioned to me that she attended the funeral,” said Lewis.

When Lewis took over, she says 130 students were enrolled at Claremont, but only about 30 were attending the school. Ghost students, as they’re called by educators, are only enrolled on paper.

“What happened is what had been going on for years prior to my arrival, because I was the one who reported it and began to give attention to it, I then became the scapegoat. It’s better to blame the new person,” said Lewis.

The fake classes! Claremont’s schedule did not have math or science courses:

“These classes aren’t listed, how were students in English one if English two isn’t listed? Or how are they supposed to be in math and the math classes aren’t there? And how is this working for science, because there are no science courses for me to work with the registrar to select with the students,” said Lewis.

Baltimore schools are a mess.

Yes, and diversity is our strength.

So these are voter education classes?

Baltimore is famous for graduating people from High School who can’t read or write. They should concentrate a little more on reading, writing and arithmetic, instead of indoctrinating students in left-wing ideologies.

You can’t teach them to read, write, or do math because that is forcing them to “act white.” So when they get out H.S. they can’t get jobs because they’re useless without basic skills. But they’ve been indoctrinated to believe that they’re not getting hired because they’re black or brown and this country is racist to the core and that capitalism is white supremacy.

It’s the perfect self-fulfilling prophecy. Leftists sabotage their education, poison their minds, and when they fail because they were set-up to fail that “proves” this country is evil and only communism, wealth redistribution, and depriving everyone of their rights can save it.

They are useful for doing polls. “How many of you guys support president Biden?” All dead hands go up.” Why do you support him?” “Cause he’s brain dead like us.”

Question: Comrade, don’t you think it’s a problem that our students are not learning anything in our classes.

Answer: Not at all given that we are not teaching those classes and those names are not actually students.

The same sorts of shenanigans were going on in El Paso. Following investigation lots of officials fired and some jailed. The State took over the school system.

I suspect that this is very common in large districts.

But the degree to which local corruption is rooted out varies greatly from state to state.

I expect nothing will be done in Maryland.

Well sure each State has it’s own level of tolerance for corruption. Though it was the Feds and the State in El Paso. Falsely claiming Student attendance inflates the amount of Federal dollars flowing to the school n which is a fraud against the Federal government in addition to State violations. Several education officials went to Federal prison.

Sure, why not? It’s been working so well for the Dems with voting…

There is literally nothing that government touches that you can trust.

The zombie apocalypse has arrived, and it has blindsided us from a completely unexpected direction.

Dead people. Is there anything they won’t do for Democrats?

What I really want to know is how many were in the top half of their graduating class, and how many were on the honor roll?
Did any of them get involved in extra-curricular activities?

Way to shut down the “high school to prison pipeline”.

A few years ago I was teaching at a large public high school in the Denver metro area. The woke principal, who told us about women getting $0.76 for every $1,00 a man made, also told us we needed to stop the high school to prison pipeline. Only stopping that pipeline isn’t in our brief. We were required to teach the children. The life choices of the parents, siblings, and soon-to-be adults was, and is, their responsibility.

Because, that’s all that’s required in public schools today: students are not expected to actually know anything, but only to know how to find it.

Although most of us find it devilishly difficult to actually find out about anything without at least having a clue as to what it might be (or might be related to).

And that’s even before one ponders the difficulty of thinking about something when knows nothing about which to think.

So, overall, perhaps these these, er, “inactive” students are doing as well as anyone else.

Because, that’s all that’s required in public schools today: students are not expected to actually know anything, but only to know how to find it.