Time’s Up Chairwoman Resigns Due to Cuomo Ties, Allegedly Tried to Discredit Accuser

Time’s Up Chairwoman Resigns Due to Cuomo Ties, Allegedly Tried to Discredit Accuser

Kaplan’s firm represented a top Cuomo aide named in the AG’s report as the one who led the effort against the accuser. 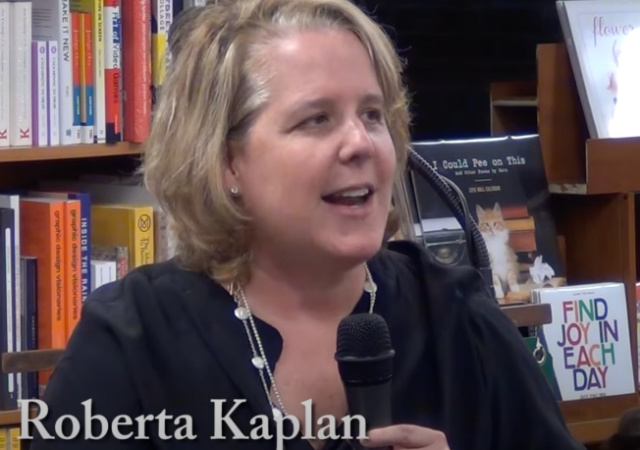 Roberta Kaplan, chairwoman of Time’s Up, resigned after New York Attorney General Letitia James’s report identified her as someone who allegedly tried to discredit one of Gov. Andrew Cuomo’s accusers.

Time’s Up formed out of the #MeToo movement when Hollywood women spoke out against Harvey Weinstein.

DeRosa left her post as Cuomo’s secretary on Sunday. The investigators claimed she “led the effort against” Boylan.

The report from the state attorney general’s office found that Ms. Kaplan had reviewed a draft of a disparaging op-ed letter that was aimed at attacking the character of Lindsey Boylan, a former Cuomo aide who was the first to publicly accuse him of sexual harassment.

The op-ed letter was never published. It was part of a broader effort in which Mr. Cuomo and his aides sought counsel from former administration officials including Alphonso David, the president of the Human Rights Campaign, the largest L.G.B.T.Q. political lobbying organization in the country; Tina Tchen, the chief executive of Time’s Up; and the governor’s brother, Chris Cuomo, an anchor on CNN.

All of those figures have come under criticism for their connections to Mr. Cuomo.

Kaplan’s letter to Nina Shaw, the vice-chair of Time’s Up’s board of directors, reads like a resume. In the end, she said she has to uphold “loyalty and confidentiality.”

“As a result, I cannot offer the degree of transparency about my firm’s matters now being demanded, since that would be contrary to my responsibilities as a lawyer,” wrote Kaplan.

David also faces calls to resign from the Human Rights Campaign. Like Kaplan, he insists he did not know about any misconduct.

How strange that when the facts finally come to light, “Times Up” Chairwoman finds out that her time is up.

I hope that someday, perhaps soon, the same thing will happen to the man who parties like there’s no tomorrow—–Barrak Hussein Obama.

Thank you for “Chairwoman”, and not “Chair”, or, “Chairperson”.

If they’re from the right we much believe all accusers. If they are from the left we believe no accusers

Funny how some lefty lawyers work to smear accusers while still getting down with the “me too” crowd. It’s almost like they don’t believe in the message when money or influence is around.

It does seem contradictory. Maybe they just think it’s OK when it comes from a man of wealth and power that they lust for themselves, like (believe it or not) Andrew Cuomo.

ANY person or organization that publicly virtue signals about how amazingly tolerant and diverse they and their organization are, is a complete scumbag using it as a cover for their behavior.

Maybe it’s like credits. They need to Virtue signal to offset their horrible behavior.

I always get a warm feeling when a left-wing activist is hoist with his or her own personal petard, such as Roberta Kaplan, Leland Yee, Barbara Graham, Lovely Warren, and so, so many others. If hypocrisy were fertilizer, blue states would never have a food shortage.

How could I have left out Joel Davis? (I used the CNN link so you’d know it was true.)

Discrediting the accuser is my default assumption about accusers, absent a contemporaneous police report to indicate that a change of a woman’s mind is unlikely.

Women believe anything retroactively that produces a present advantage, in high enough numbers.

False. Guess you’ve never been assaulted by a powerful person or a person in authority. See: victims of priests and why most never came forward. Also see: the Dr. Wlliam Ayres criminal case in California

The discussion at hand is about adult women, not children. I am perfectly willing to grant your point about children lacking the agency to report to LEO based upon a power dynamic.

Adult women though? Nope. No contemporaneous police report indicates that either the event didn’t occur at all, didn’t occur in the manner later claimed or did occur but the woman wasn’t concerned enough about it to file a report at the time.

I am perfectly willing to grant the accuser the benefit of the doubt when they immediately make a police report. Even that is a distortion of our system of presumed innocence.

Everything coming from “Time’s Up” just seemed like leftist BS. Glad they’re being taken down.