Three Texas Democrats Return and Give Republicans a Quorum, but the Temper Tantrums Aren’t Over

Three Texas Democrats Return and Give Republicans a Quorum, but the Temper Tantrums Aren’t Over

“[W]e were literally on caucus calls for 2 hours this morning and none of the defecting Democrats mentioned they were planning on helping the Republicans pass voter suppression bills. Guess what [they’ve] accomplished by going back—NOTHING!” state Rep. Ana-Maria Ramos angrily tweeted. 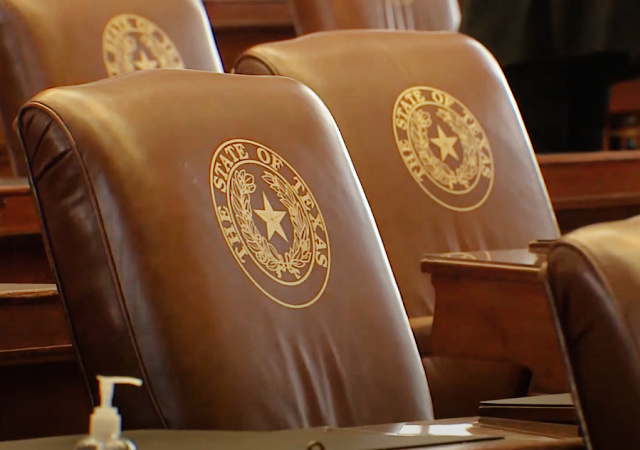 Five weeks ago, dozens of Democrat state lawmakers from Texas decided it would be a good idea to flee the state instead of giving their Republican colleagues the quorum they needed during the special session to conduct state business.

At issue was an election reform bill those same Democrats were trying to prevent the GOP-controlled state legislature from passing. So about 50 or so maskless Democrats piled into two charter buses – cases of Miller Lite beer in hand, boarded two private jets, and made a beeline for Washington, D.C. on a trip funded in part by failed Senate/presidential candidate Beto O’Rourke.

In now deleted tweet, @juliejohnsonTX & derelict Democrats board party bus, then leave town on private jets instead of fulfilling their duty to represent their constituents & complete the legislative business pending before the #TXlege Special Session #ItsMillerTime pic.twitter.com/VCykvUoBW9

A number of them proceeded to further beclown themselves while on the trip by, among other things, posting pictures of their just-washed lingerie drying out on a hotel shower curtain rod as an example of their “sacrifice,” making fun of the appearance of a Republican colleague who has autism, and pleading for care packages.

Two took a trip to Portugal. And earlier this month, 22 of them actually filed a lawsuit against Republican Gov. Greg Abbott, which alleged “anxiety and distress over the separation from their families.”

But last week, after 38 days, three of the Democrats who cut and run from the state decided to return, and with their return, they provided Texas House Republicans with the quorum they needed to get back to work:

The few who returned to the Texas House defended their decision, saying they had successfully pushed Congress on voting rights legislation and pointing to the growing urgency of surging COVID-19 caseloads in Texas.

“Now, we continue the fight on the House Floor,” Democrats Garnet Coleman, Ana Hernandez and Armando Walle said in a joint statement.

You will not be surprised to learn that this has led to some hurt feelings and more temper tantrums among those who still have no plans to return to the Texas Capitol anytime soon:

By Friday, the tenuous alliance among Democratic House members split into open confrontation, as 34 of them released a joint statement criticizing their colleagues who returned to the Capitol. The caucus chairman, Chris Turner, did not sign on.

“We feel betrayed and heartbroken,” the Democratic members wrote in their joint statement. “But our resolve is strong and this fight is not over.”

State Representative Jessica González, a Democrat from near Dallas, said she was particularly frustrated with the suddenness of the decision, with no advance warning that the other Democrats would be returning.

@ErinForYall we were literally on caucus calls for 2 hours this morning and none of the defecting Democrats mentioned they were planning on helping the Republicans pass voter suppression bills. Guess what the other defecting Democrats have accomplished by going back—NOTHING! https://t.co/OuXgKt0s3M

Democrat House Rep. Gene Wu, who was perhaps the most vocal and obnoxious of the bunch, has remained strangely silent on Twitter regarding the matter for some odd reason.

I suspect you're the one who's crying now, Gene 😉 https://t.co/e8KxRCGfK0

Sadly for the holdout Texas Democrats, the only thing they have to show for their efforts is a supreme amount of embarrassment along with the numerous COVID-19 cases some of them came down with during the course of their little stunt.

Tik Tok Texans are slowly returning to the legislature, after being embarrassed by their colleagues who spread the Delta variant in Washington, left their protest to visit Europe, and posted pictures of their underwear on the internet. https://t.co/vWlDQCWhLC

As for the election reform bill, per the New York Times, “a potential showdown” could come as soon as this week:

It was scheduled for a committee hearing on Monday, and would still need to go through another committee before it could come to the floor for a vote, setting up a potential showdown [this] week.

Special sessions can last for up to 30 days in Texas, so Republicans have until September 5th to get a bill passed.

The Democrats return from an illegal insurrection to speak truth to power, to tell handmade tale of
“voter suppression bills” not in evidence.

State Representative Jessica González, a Democrat from near Dallas, said she was particularly frustrated with the suddenness of the decision, with no advance warning that the other Democrats would be returning.

..she says, while getting all pissy about the people who did make their own decisions.

Independence through Groupthink!
For Democrats, every day is Opposite Day.

To all Texas Democrats still in DC;

Please stay there, we are better off without you.

Now that there’s a quorum without them, sure. But we needed at least 50 to come back so anything could be done.

I love them claiming that they made sacrifices, private paid vacation does not sound like the sacrificed anything.

Hopefully Texas works on preventing this in the future. A “walk out” to make a point is okay but going for weeks? At that point you’re trying to tell the majority that you’re in charge when you’re not.

Make it so after a certain time has passed that the need for a quorum no longer applies or is lessened.

They need an intentional walkout clause that does reduces the quorum.

What are the residency requirements to hold office in the Texas legislature? Can these Democrats if they stay out of Texas long enough be declared ineligible to hold their offices since they aren’t living in Texas let alone their districts?

Two years in the state and one year in the district. But I’m pretty sure that only applies on election day. Once the person is elected it would seem they can move anywhere they like and remain safe until the next election.

Absence for two weeks without consent of the Governor (or his designee) should vacate the seat and permit the Governor to appoint a successor. Fixed it.

The Governor?! Are you insane? How can a governor be given such power over legislators? It’s intolerable that a legislator should need the governor’s permission for anything.

Legislators are required to be present while their house is in session, unless they have leave of the house, not of the governor. You could try to pass an amendment to the constitution vacating a seat if a member is absent without leave for too long, but there’s no guarantee that the amendment would pass. If you’re amending the constitution, why not simply reduce the quorum to a majority of the house, as it is in almost all other legislatures? Then you won’t have this problem in the first place.

Come on, Milhouse. You know it’s unreasonable to expect people who frequent a national legal affairs blog to understand national and state laws.

Not that laws matter; the best approach to any problem is to grant more power to an autocrat who will do what the loudest and most outraged people want.

I mean, that never goes badly.

Or at least redefine quorum to not count those who are AWOL in the calculation.

Take a page from the Biden playbook and just do it, and let the Democrats sue to get it overturned, which it will.

Or allow constituents to sue their alleged representatives for not representing them and get the court to declare the seats vacant. That won’t end badly either.

I’d love to see Republicans do this just to see the reaction from the media.