“How is it all of these socialists, like Shaun King and the BLM leaders, are living rich as their poor followers give them donations.” 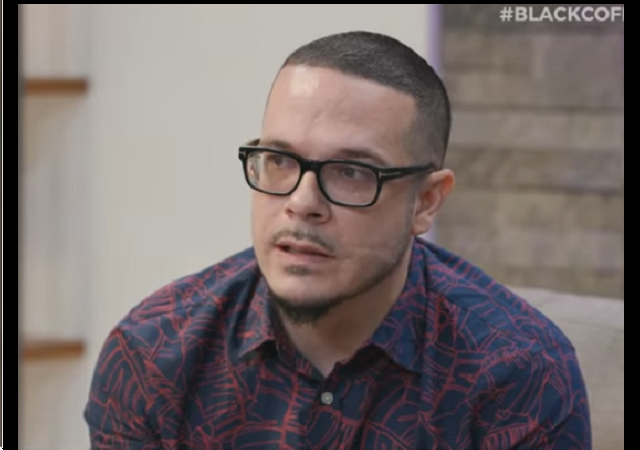 Social justice warrior Shaun King is once again being lambasted as a “grifter” after news of his recent purchase of $842k estate in New Jersey came to light.

Back in 2015, the Daily Beast asked, “Where Did All the Money Shaun King Raised for Black Lives Go?”. More recently, he has been accused of profiting from the death of Tamir Rice.

Shaun King has built his image on being a champion of the poor and disenfranchised, but the controversial civil rights activist lives like a one-percenter in a sprawling lakefront home, records show.

King, 41, moved earlier this year from a luxury two-bedroom apartment in downtown Brooklyn, to the five-bedroom, 3,000 square foot North Brunswick, NJ, property, with “a lakefront backyard” and gourmet kitchen, according to public records.

The property, surrounded by lush, tall trees, was purchased by King’s wife, Rai-Tonicia King, a Ph.D. candidate and educator, in November 2020 for $842,000, public records show.

How is it all of these socialists, like Shaun King and the BLM leaders, are living rich as their poor followers give them donations. https://t.co/7IJmhqWVaL

King has been dogged for years by allegations of shady dealings in his charitable efforts in movements he has founded — including a lack of transparency in money he has raised for several criminal justice initiatives he has backed.

Fellow activists and those who worked with him raising cash for everything from Haitian orphans to the families of black men killed by police, have repeatedly raised questions about King’s leadership, and, in some cases, asked where the donations have gone.

Samaria Rice — whose 12-year-old son Tamir was shot dead by cops in Cleveland in November 2014 — blasted King on social media, accusing him of soliciting funds in her dead son’s name without her permission and even about his own identity as black or biracial.

“Personally I don’t understand how you sleep at night,” she wrote in an Instagram post addressed to King last month, after the activist revealed details of a personal conversation he had with Rice. “I never gave you permission to raise nothing.. Along with the united states, you robbed me for the death of my son.”

“You are a selfish self-centered person and God will deal with you…,” continued Rice, who heads up a foundation named for her son.

King is being blasted as a grifter, among other things.

Grifting is his business, and business has been good.😳

Socialism for thee, but not for me.

Shaun King lives in a house that costs over $800k that was signed in his wife's name.

He had the audacity a few weeks ago to ask his followers to Cash App her money.

When we say "grift," this is exactly what the fuck we mean.

Anyone who still chooses to support deserves it.

Shaun King living large. Lots of people are quiet now because they also live like this while asking you for donations. pic.twitter.com/70M3Ld9NBH

Wonder how he got that?

He not even black. #DupedAgain

It’s beside the point. They’re crooks because of the cause they promote, not for stealing money.

Don’t hate on Talcum X because he pretends to be black for personal gain… Never mind, go right ahead.

Sure seems lots of the Leftist elites are buying nice dacha. Don’t worry the rank and file won’t care.

“They effed up. They trusted me.”

Meanwhile blacks continue to be butchered by other blacks – and BLM could not possibly care less.

So called religious leaders have worked this grift for years. This guy is an amateur in comparison.

If Biden, Clinton, Pelosi, Obama, Shaprton, Feinstein, Kerry and the like can do it, why not this guy?

The grift will continue until the stupid lemmings that vote Democrat wake up and realize that all they’re doing is funding a bunch of rich assholes to make speeches and change nothing.

Of course they vote Democrat, so that will probably never change.

There is the recall going on against CA corrupt governnor Newsom. Pain does work

Shaun king of the grifters.

Please don’t call him a “civil rights activist.” He is anything but. He represents the worst when it comes to civil rights social justice, a fraud that preys on the suffering of others. He can’t even be authentic about his race. The epitome of the progressive way.

It’s all a scam. The GOPe is in on it passively.

This poor poor man is by BLM standards suffering from dire poverty not since Al Sharpton has any race grifter settled for an estate worth less than a solid million dollars.

But he earned it don’t you know? With his amazing writing skills. Don’t forget his wife is a big earner too. She got paid a ton to run that college in Burlington into the ground. All part of the grift.

Never worked a day in his life

Seems pretty privileged to me.

I have always loved Talcum X as a nickname for this grifter but that list shared by ClockOutWars is pure gold. Alex Paley may be my new fav.

HE IS JUST A SYMPTOM

As long are dumb white liberals willing to buy into the bullshit, people like this will make easy $$.

For Marxists, they really are into personal property.

They must be Groucho Marxists