A highly entertaining and engaging novel, it also offers a sober reminder about the realities of campuses across the country. 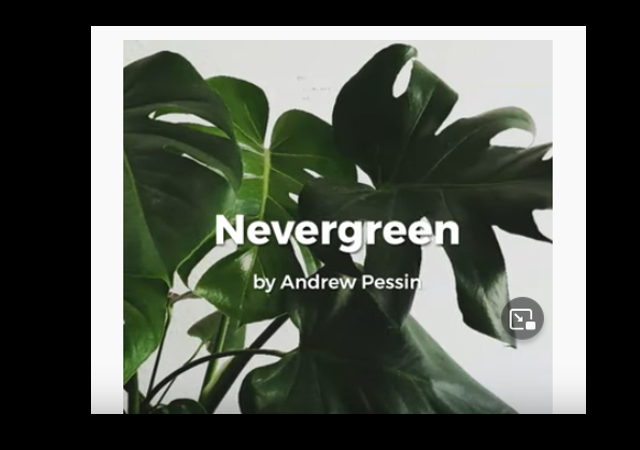 Some Legal Insurrection fans may remember reading a book review by Andrew Pessin in 2019, featuring the book Campusland by Scott Johnston.

Andrew Pessin, a Professor of Philosophy and Jewish Studies at Connecticut College and Campus Bureau Editor of the Algemeiner, offered plenty of insights and noted the following:

Sometimes someone writes something that you wish you yourself had written.

A few weeks ago I had just put the finishing touches on my new novel, Nevergreen, a “high-spirited, richly imagined” campus satire that is both “smart and hilarious” (IMHO), when I learned that debut novelist Scott Johnston was a week away from publishing a campus satire called Campusland that Kirkus Reviews described in the words I just quoted.

I can honestly say that I am years away from writing my fantasy novel, so this review won’t contain a hint of an upcoming book. However, I must say that I do not think I could have written a satire with such a savory layering of gallows humor as Pessin has.

Nevergreen takes place in a campus environment akin to the super-progressive dark hole of academia, Evergreen State College in Olympia, Washington. Interestingly, The three finalists for president of that institution recently backed out after meeting with students and staff.

Pessin’s tale focuses on a physician, only named “J.” who is persuaded to give a guest lecture on an obscure topic at Nevergreen College at the request its dean.

J. arrives, and struggles to make sense of the “Asylum.” He presents his lecture with not one person in the audience. The next day, he is caught up in a rumor about an offensive statement he made, accused by the editor of the school newspaper who had been struggling to find a topic that would go viral.

After a series of attempts to defend himself (which leave J. worse off than before), the lecturer finds himself literally running for his life and unable to leave the campus. The faculty are no help: They are either social justice warriors themselves or want to avoid being targeted for student ire.

Does J. escape…or does he get the ultimate cancellation?

Here is a trailer for Nevergreen:

I would like to feature one snippet from the book, which underscores the delicious dark humor flows through the novel. J. struggles to find a cup of coffee on campus, only to discover it has been banned.

Aal chortled. “Good one, friend! I can offer you pomo, of course. Or have you had the opportunity to try poco?”

“And what is poco?” J. asked hopefully again.

“I believe it’s a blend of pomo and cola. It’s officially served only above,” she pointed upward, “but we sometimes can squirrel some away for ourselves. On occasion faculty are permitted a drop as well. When they behave.” Friend Aal winked at Robert as she said this.

“They got rid of coffee on campus a couple years ago,” Robert explained. “The Student Capitalists revolted against the Fair Trade policy the student government had adopted against Big Coffee, in fact they occupied these very offices specifically demanding Unfair Trade coffee. The eventual compromise was to boycott all coffee from campus.

As for the poco,” he added, “some people love it but all I can say is it’s nasty.

While Nevergreen is highly entertaining and engaging, it also offers a sober reminder that the realities of campuses across the country are such that serious learning, respect for merit and original thinking, and dignity have been replaced with a toxic combination for social justice, equity demands, and dissent smashing.

I highly recommend Nevergreen, giving it 5 starts out of 5 for its deft use of humor to make solid points about the terrifying trajectories our institutions of higher learning are now on.

I look forward to checking it out- and hopefully sharing!

Poco? I don’t even know what pomo is. The urban dictionary doesn’t even have it.

I have three of their albums.

The excerpt leaves out what pomo is …! (I guess you’ll have to read the book …) 🙂 …more details at http://www.andrewpessin.com/nevergreen/ …

Picking up where Tom Wolfe left off.